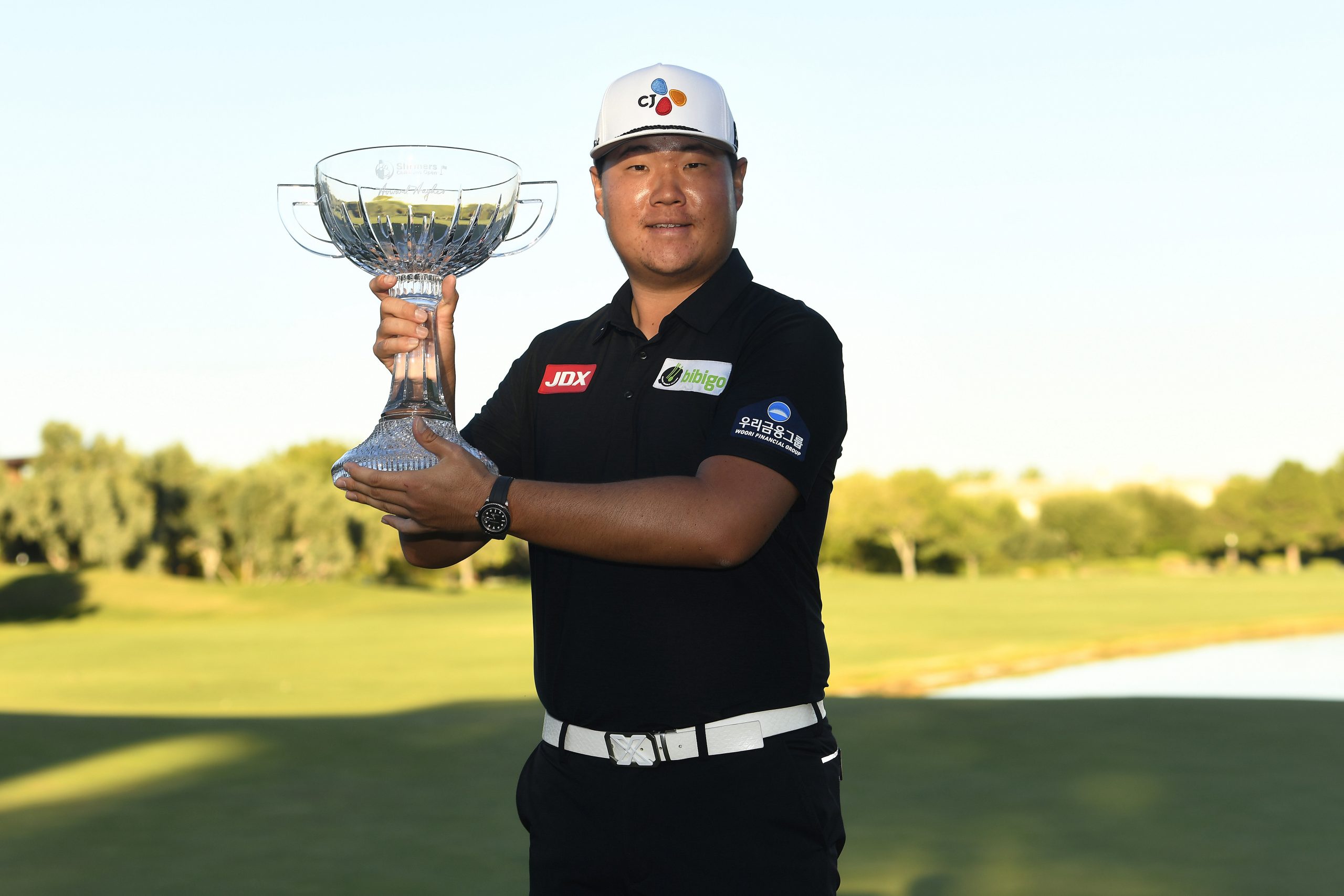 Korean star Sungjae Im produced a scintillating final round of 9-under 62 to charge to a four-shot victory at the Shriners Children’s Open in Las Vegas on Sunday for his career second PGA TOUR title. And now, he is eyeing a desert double by also winning THE CJ CUP @ SUMMIT.

Starting the day three strokes off the lead, the 23-year-old, who is nicknamed Ironman Im, produced an immaculate display at TPC Summerlin highlighted by nine birdies as he claimed an impressive win with his 24-under 260 total. He tied the low winning score held by Ryan Moore (2012) and Webb Simpson (2013) since TPC Summerlin became a par-71 layout in 2009.

The smooth-swinging Im birdied four of his opening seven holes and then turned on a masterclass with five consecutive birdies from the ninth to 13th to seize control of the tournament. Matthew Wolff finished second after a closing 68 while Marc Leishman (63), Rory Sabbatini (64) and overnight leader Adam Schenk (70) shared third place on 19-under.

The win came at Im’s 100th start on TOUR, which is a timely coincidence as his maiden success at The Honda Classic last March was at his 50th start. He also became the second youngest winner of the tournament after 1996 champion, Tiger Woods who won at age 20 years, 9 months, 6 days.

“Very meaningful win. I know I won my first win on my 50th start, and to win my second PGA TOUR win on my 100th start, that in itself is a pretty amazing stat. It was hard coming, but I think today how everything went, I think it was a gift from above. I played so well and I’m glad I got the win. It was very tough to win the first one and I thought the second would be harder and harder. I just kept my patience and tried to keep my focus throughout the period,” said Im, who moved up to second place in the latest FedExCup standings.

Im was disappointed with himself on Saturday after falling out of the lead with a third round 70 in swirly winds but with conditions being ideal during the final round, there was simply no stopping his aggressive style of play which saw him hit a TOUR record of 498 birdies last season. He made 26 birdies all week to rank second in the category and ranked first in Strokes Gained: Tee to Green where he gained 10.48 strokes over the field.

“The big difference between yesterday and today was there was no wind which made it easier. Tee to green, driver, irons and putting game worked as I wanted to,” said Im. “To be honest with you, I didn’t even know I birdied five holes in a row. I was just constantly focused on each and every single hole to get through it without a mistake. And so it’s incredible that I made five in a row.”

With the TOUR remaining in Vegas for a second week for THE CJ CUP @ SUMMIT – a Korean tournament which is being played in the U.S. for the second successive year due to the pandemic – Im is hopeful of contending for another victory, especially when CJ is one of his main sponsors.

“I want to celebrate today’s win, so tonight and probably tomorrow I want to take a break. But starting Tuesday morning I want to prepare for THE CJ CUP. And most importantly I’m sponsored by CJ, so it’s an important tournament to me and I want to play well, I want to get ready,” he said.

Wolff, who was chasing his second TOUR victory, tipped his cap to the winner. “I was just really happy with how the week turned out. Sungjae played unbelievable the last day. And this game is, like, when I’m in the lead or contention, someone just seems to go off the last day on me. But if I keep on putting myself in these positions I know that eventually it’s going to be in my favour and I’m going to win. But really like the way my game’s trending, especially from the beginning – or the end of last year. If you would have told me I would be in this position right now, I would be really happy. I’m just in a really good spot and happy with where my game is at and my head’s at.”

Korea’s K.H. Lee finished T15 after a final round 66 while countryman Sung Kang, the first round leader, and Chinese Taipei’s Kevin Yu were amongst those who shared 27th position on 15-under.

THE CJ CUP @ SUMMIT begins on Thursday and will boast a stellar field which will feature 24 of the top-30 players from last season’s FedExCup standings and 12 of the top-15 players from the Official World Golf Rankings. Top names teeing up include Dustin Johnson, Jordan Spieth, Rory McIlroy, Justin Thomas and Brooks Koepka. Jason Kokrak is the defending champion.