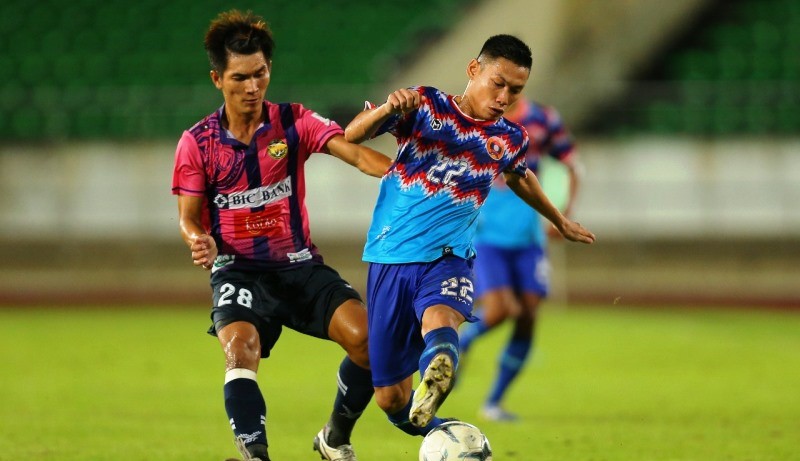 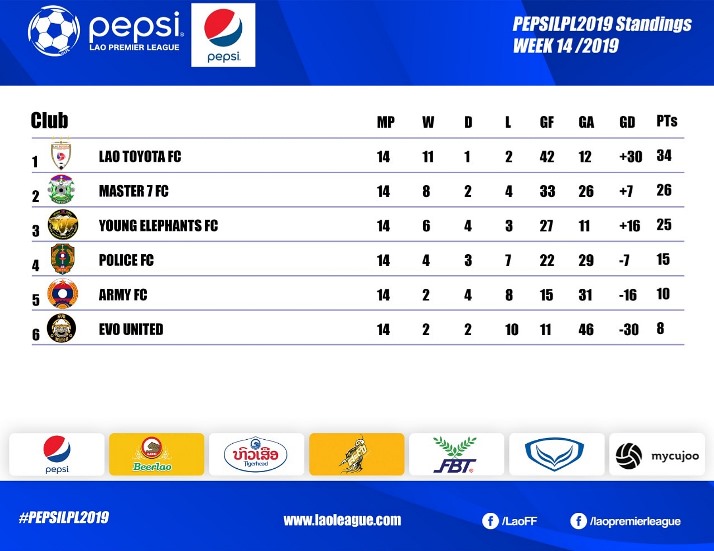 Lao Toyota FC have captured the Lao Premier League 2019 title in style – with a final game of the season still in hand and a comfortable eight-point lead over their nearest challenger.

Not even a 4-2 defeat this week against second-placed Master 7 FC – their second this season – could dampen spirit in the team as they look forward to being crowned in two weeks.

In their game of the season, Lao Toyota will take on Lao Police FC.

Other than winning the Lao Premier League title for the fourth time (2015, 2017 and 2018) and also their third in a row, Lao Toyota striker Kazuo Honma has also emerged as the league top striker alongside Keovingphet Liththideth.

In the meantime, early pace setter Young Elephants FC slipped down to third with 25 points as Master 7 FC improved to second spot going into the final game of the season.