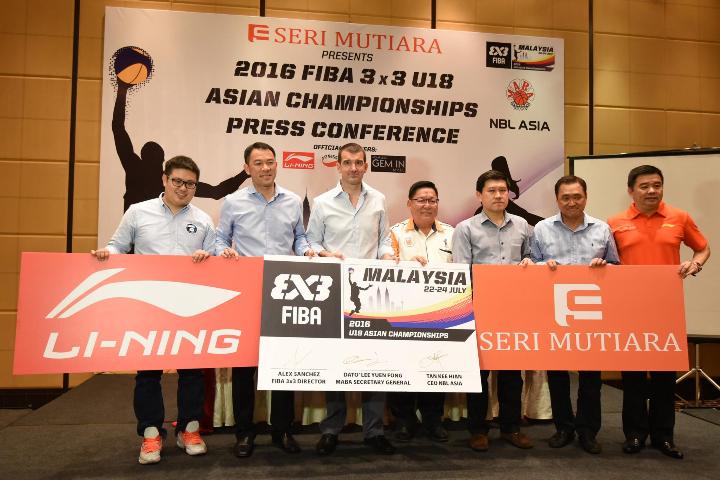 The thrilling and heart-pounding 2016 FIBA 3×3 U18 Asian Championships is set to kick off soon in Cyberjaya, Malaysia.

The confirmed participation of newly crowded 2016 FIBA 3×3 U18 Men’s World Champion Qatar will definitely bring the wow factor and excitement to this coming tournament.

The second edition of the tournament is to be hosted by International Basketball Federation (FIBA) & Malaysia Basketball Association (MABA) and organized by NBL Asia Sdn Bhd. The championships which is opened for men and women, will take place at the House of Champions in Gem In Mall on July 22nd to 24th. There are 20 teams from eleven countries, or 10 for each category taking part in the game.

Countries namely Qatar, Japan, Korea, Indonesia, Singapore, Philippines, Vietnam, Sri Lanka, Kazakhstan, Kyrgyzstan are expecting to make their strong debut in the upcoming tournament, while the Malaysian national youth team will have to showcase its strength.

The first FIBA 3X3 U18 game was held back in 2013 in Bangkok, Thailand that saw Philippines’ men and Taiwan’s women took home the titles.

NBL Asia managing director Tan Kee Hian is glad to bring the international tournament to Malaysia. “It is a concerted effort by multiple quarters and we are pleased to work with FIBA,” he says.  Apart from beefing up the sport, Tan believes the championship will also add to the vibrancy of Cyberjaya.

“We will put our greatest efforts to make this tournament a success! I hope basketball fans will actively support the games and cheer for participants.”

Meanwhile, the games sponsor Li Ning plans to hold 3×3 basketball tournament for five categories namely open, under 18, under 15, under 12 and boarding schools. About 300 teams are anticipated to compete in this tournament.