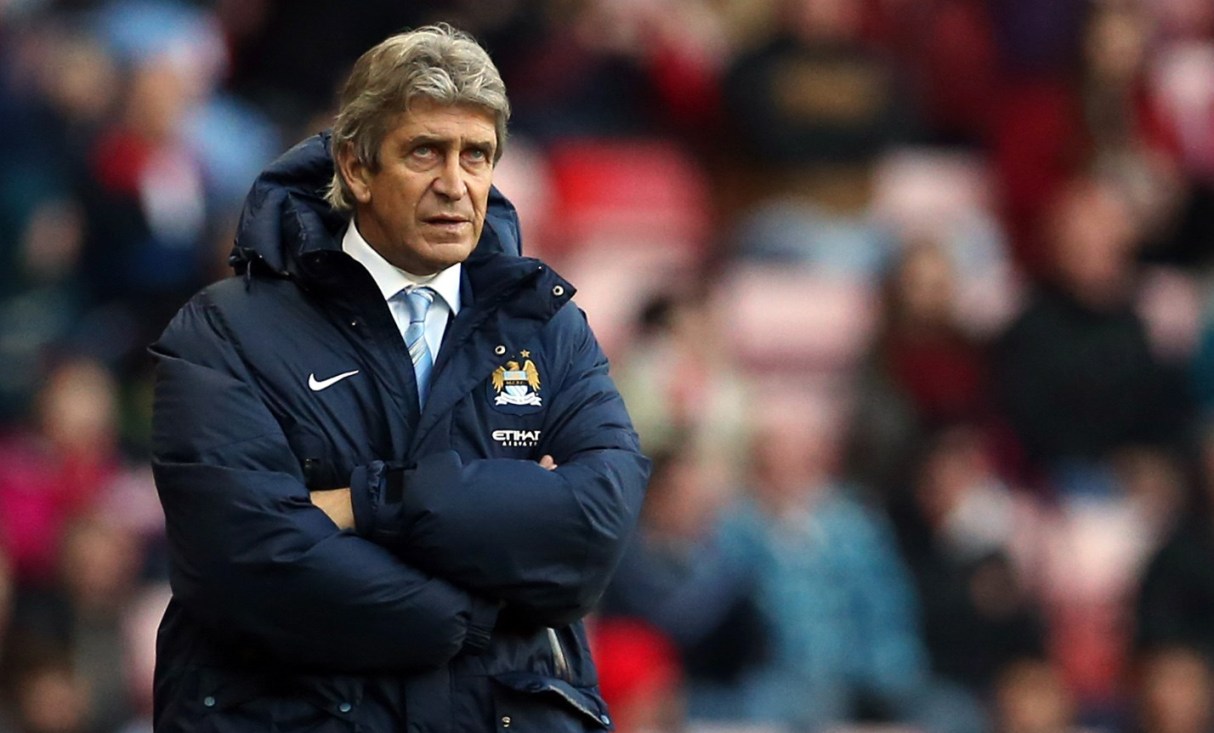 It is a signal of Manchester City’s inconsistency that they have not managed to string together two successive Premier League victories since mid-October.

Yet it is a sign of the division’s unpredictability this season that despite this, Manuel Pellegrini’s side remain just three points off the top as they go into Saturday’s home match against Crystal Palace.

Wednesday’s 0-0 draw at home to mid-table Everton has not proved as costly as it might have done, with leaders Arsenal also dropping points in a 3-3 draw at Liverpool on the same night.

In addition, City kept a second successive clean sheet, suggesting that their defence is finding some semblance of stability in the continued absence of injured captain Vincent Kompany.

Kompany is likely to be out for another month as his club try to get to the root of the calf trouble that has restricted him to just three league starts since City won 1-0 at Palace on September 12.

With fellow centre-back Eliaquim Mangala recovering from a hamstring problem, Pellegrini may continue with Martin Demichelis alongside Nicolas Otamendi, though Bacary Sagna could move across from full-back if required.

Pellegrini has indicated that he will make some changes for the Palace match, which kicks off less than 66 hours after Wednesday’s game finished, giving little time for his players to recover.

Playmaker David Silva is likely to be given a more significant role, having been rested altogether for last Saturday’s 3-0 FA Cup win at Norwich City before being given a 16-minute run-out as a substitute in mid-week.

For Pellegrini, whose team go into Saturday’s game lying third, the priority is to regain the league leadership, although he acknowledges that positions only count for so much at this stage of the season.

“It’s important to try to reduce the gap as soon as we can between ourselves and the two leaders, Arsenal and Leicester, but we are not going to win the title in January,” he said.

“I think it’s important to be solid and a consistent team from now until the end of the season. There are so many examples of teams that had the title in their hands in April, then lost important points and didn’t win the title.

“So it’s important first to reduce the points gap and after that try to continue in all the competitions we are in, and try to be a solid and consistent team, especially in the Premier League.”

Crystal Palace’s results last month, when they were unbeaten in five games, have brought Alan Pardew a nomination for the December Manager of the Month award.

Their form since the turn of the year, however, has been much less impressive, with successive league defeats sandwiching the impressive FA Cup win at Southampton.

This week’s loss at bottom club Aston Villa was particularly painful, especially as Pardew’s side failed to score for a fourth successive league game.

With Yannick Bolasie still sidelined, Palace’s lack of threat up front is a growing cause for concern.

The form book suggests chances should be even harder to find at the Etihad Stadium, but right-back Martin Kelly is confident the challenge of facing a side pushing for the title will bring out the best in Pardew’s team.

“You get a little bit more adrenaline playing bigger teams, but nerves are exactly the same,” said Kelly.

“You can’t get fazed when you’re up against the so-called superstars. Playing City away is a really difficult fixture, but we’ll go there with our game plan and be determined to get a result.”

Striker Connor Wickham is expected to start after making his return as a substitute against Villa following a three-week absence with a calf problem. – Agence France-Presse