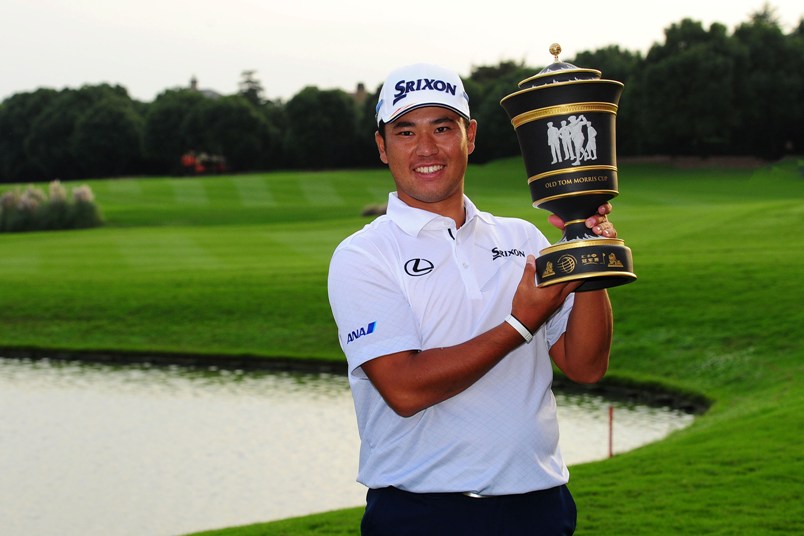 Japan’s Hideki Matsuyama became the first Asian player to win a World Golf Championship after he outclassed the star-studded field with a final day six-under-par 66 to win the US$9.5 million WGC-HSBC Champions on Sunday.

The Japanese’s winning total of 23-under-par 265 also meant a second victory in three weeks, capping an amazing run which included a win at the Japan Open and a runner-up finish in Malaysia last week.

Olympic silver medallist Henrik Stenson carded his week’s lowest round of 65 to finish in a tie for second with American Daniel Berger while Northern Ireland’s Rory McIlroy closed with a 66 to share fourth place with Bill Haas of the United States.

Matsuyama issued his strong statement of intent of winning Asia’s most lucrative event by bursting out of the blocks with an opening birdie at the Sheshan International Golf Club.

He followed that up with further gains on holes five and seven before another splendid birdie blitz from the 13th to 15th hole confirmed his place in the annals of golfing history.

“This is a great victory not only for me but also for Japan as it will encourage others to play golf,” said Matsuyama, who became the first player since Jumbo Osaki to break into the top-10 on the Official World Golf Ranking at the start of the week.

“I putted really well these last three weeks, and that’s probably the difference. I did play well today. I hit the ball a lot better. But putting was the difference this week,” added Matsuyama.

Stenson saved his best for last when he returned with a flawless 65. It was the first time he kept the bogeys off his card for the week.

“It was a sweet putt to make on the last. I probably felt like I was playing better on the front nine yesterday than what I did today, but today I kept it going all the way to the end.

“There was not a bogey on the scorecard. So nice way to finish with a bogey-free 65,” said the Olympian.

McIlroy meanwhile tipped his cap to Matsuyama, who at 24 years and 248 days became the youngest player to win the WGC-HSBC Champions, beating the previous record of Martin Kaymer, who was 26 years and 313 days in 2011.

“I think Hideki has played much superior golf than the rest of the field this week. You know, he’s going to be a deserved champion, that’s for sure.

“It’s been a decent week. Obviously there’s a couple good scores in there mixed in with a couple of ones that I would like to take back. But you know, overall, the week’s been pretty good,” said McIlroy.

Leading scores after round 4 of the WGC – HSBC Champions being played at the par 72, 7261 Yards Sheshan International Golf Club course (am – denotes amateur):