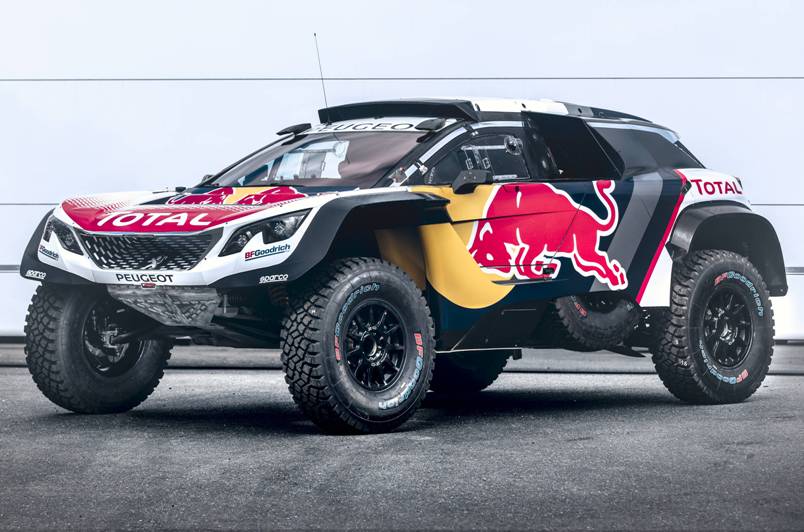 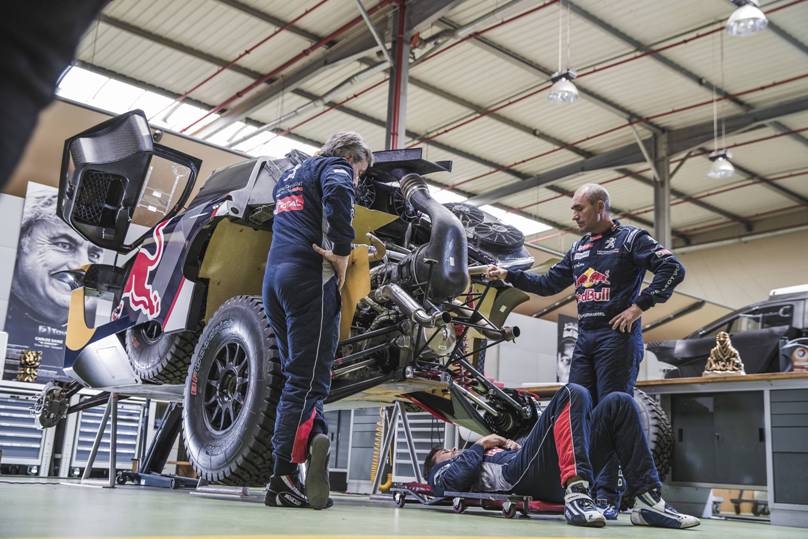 Following 2 victories on the epic Dakar Rally in 2016 and 2017, Peugeot Sport reveals the successor to the Peugeot 3008DKR that conquered South America back in January: the racing version of Peugeot’s new SUV 3008 that was named as the 2017 ‘Car of the Year’.

The new Peugeot 3008DKR Maxi is – as the name suggests – bigger: with a wider track designed to help it conquer the gravel roads, dunes and mountains of the most famous endurance rallies in the world.

The new car is 20 centimetres wider than its illustrious predecessor, due to the suspension track on each side being increased by 10 centimetres. To achieve this, the upper and lower wishbones are new, as well as front and rear track rod ends and driveshafts. As a result, the stability and dynamics of the car are improved, expecting increased performance.

This latest evolution designed by Peugeot Sport’s engineers is still undergoing development, but will make its debut on the 2017 Silk Way Rally that goes from Russia to China next month in the hands of nine-time world rally champion Sebastien Loeb, who finished second on the Dakar this year and is contesting the Silk Way Rally for the second time.

He will be joined on the adventure, which runs from July 7-22, by team mates Stephane Peterhansel and last year’s Silk Way Rally winner Cyril Despres: but they will be driving the current specification of Peugeot 3008DKR, as seen locking out the Dakar Rally podium earlier this season.

Carlos Sainz, the fourth member of Peugeot’s ‘dream team’ that will reunite to tackle the Dakar again next year, has also helped to develop Peugeot’s newest off-road challenger, with the Spaniard’s experience proving to be crucial.

Loeb’s role on the Silk Way Rally will be to assess the latest evolutions brought to the new car, in order to steer the development direction. However, as team director Bruno Famin points out, there can only be one overall objective on this arduous 15-day event: victory.

“As soon as we crossed the finish ramp of the Dakar in January, we started to work on the next generation of car to take on this monumental challenge. Of course, there’s only one thing more difficult than winning and that’s carrying on winning, against very strong opposition. That’s why our engineers have a mission to continually improve the car, using their know-how to constantly raise the level and give our drivers the best chance of success. The latest evolutions we have brought to the car improve both stability and performance. Sebastien Loeb will be the driver giving our Peugeot 3008DKR Maxi its competitive debut on the Silk Way Rally, after a number of test sessions that have been carried out already by all the drivers. The data that will now be collected in real competition will help us define the definitive specification for next year’s Dakar.”

“I think the car is much more stable now that it is wider, and so it feels a bit different to drive. In the very narrow and technical parts that does mean it’s more cumbersome of course, but in terms of stability and driving it’s definitely a step forward. The car has less of a tendency to roll on its suspension now, so that gives you more confidence to attack and get it sideways. I’d say the strongest point of the Peugeot 3008DKR Maxi is the off-road ability that it has. With its wide track and big wheels, it can go more or less anywhere. It’s maybe not so agile on stage-type roads: that’s more the territory of four-wheel drive cars. But the advantage of our car is the fact that it can tackle anything, especially the dunes.”

“The new Peugeot 3008DKR Maxi felt good in testing it and it’s definitely an improvement over the previous one: I feel we’ve made some steps forward. The main change is obviously a wider track, which should allow us to push a bit more in the corners, and the car also feels more stable on fast and rough gravel roads. After a few years, improving the package always becomes harder but the work that Peugeot Sport’s engineers do is great and I obviously try to help as much as possible. It’s fantastic to see how our engineers try to extract the maximum possible all the time, and how they immediately think of the next steps just as soon as one Dakar has finished.”