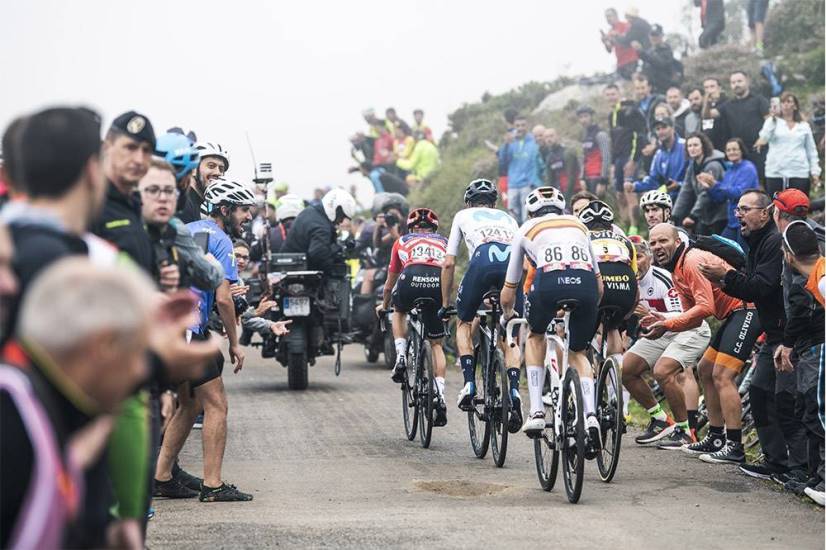 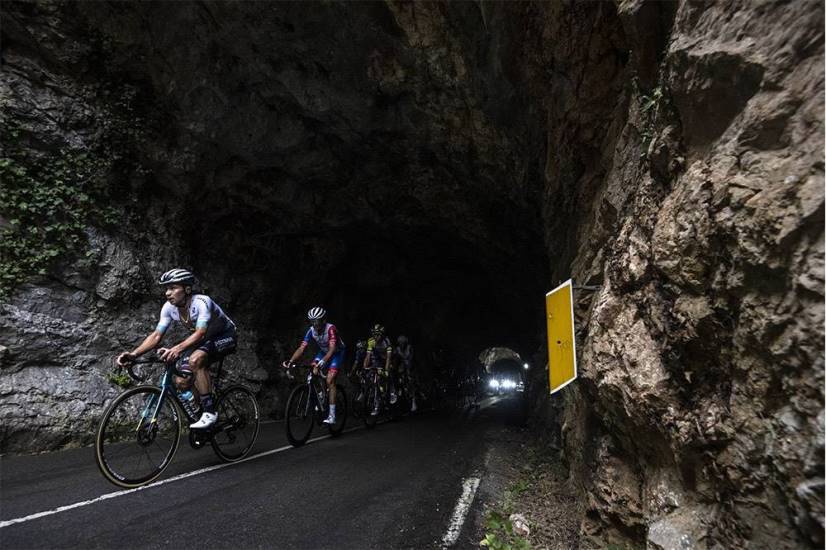 Remco Evenepoel (Quick-Step Alpha Vinyl) dropped all his rivals on the brutal slopes of Les Praeres at the end of stage 9 of La Vuelta 22, won by Louis Meintjes (Intermarché-Wanty-Gobert).

The pocket climber joined the breakaway after a fierce battle to become the second South-African stage winner in the history of the Spanish Grand Tour, two decades after Robbie Hunter (2 victories in 1999 and 2001).

But the strongest on the day was, again, the young Belgian star, who powered away 3km away from the summit of the infamous ascent to extend his GC lead ahead of tomorrow’s rest day and Tuesday’s time trial. Enric Mas (Movistar) is still 2nd of the GC standings, with a gap of 1’12’’, and Primoz Roglic (Jumbo-Visma) trails by 1’53’’.

The last stage of La Vuelta 22 ahead of the rest day is a gruelling one, with 3,700m of elevation and a brutal finish on the slopes of Les Praeres (3.9km at 12.9%, maximum gradient: 24%). 166 riders start from Villaviciosa after the withdrawals of Sepp Kuss (Jumbo-Visma), Wout Poels (Bahrain Victorious) and Pieter Serry (Quick-Step Alpha Vinyl).

9 riders on the move

Thymen Arensman (Team DSM) was also up there but the Dutch youngster, 11th in the overall standings, drops back to the bunch on the first ascent of the day, the cat-2 Alto del Torno (summit at km 55.6). Stannard goes first over the top ahead of Janssens to defend Jay Vine’s polka-dot jersey. The Australian climber, already a winner of two stages, also attacks on the ascent but the situation settles under Quick-Step Alpha Vinyl’s control.

Meintjes and Evenepoel are out of reach

The riders at the front start attacking each other with 12km to go. Janssens and Battistella have a small lead as they hit the first slopes up Les Praeres. But they can’t hold off Meintjes when the South African rider catches them and drops them with 2.5km to go.

In the GC group, Juan Ayuso (UAE Team Emirates) is the first rider to strike, early on the ascent. But Remco Evenepoel ups the ante with 3km to go and opens significant gaps (34’’ to Ayuso, 44’’ to Mas, 46’’ to Rodriguez, 52’’ to Roglic…) to tighten his grip on La Roja ahead of Tuesday’s time-trial in Alicante. – www.lavuelta.es