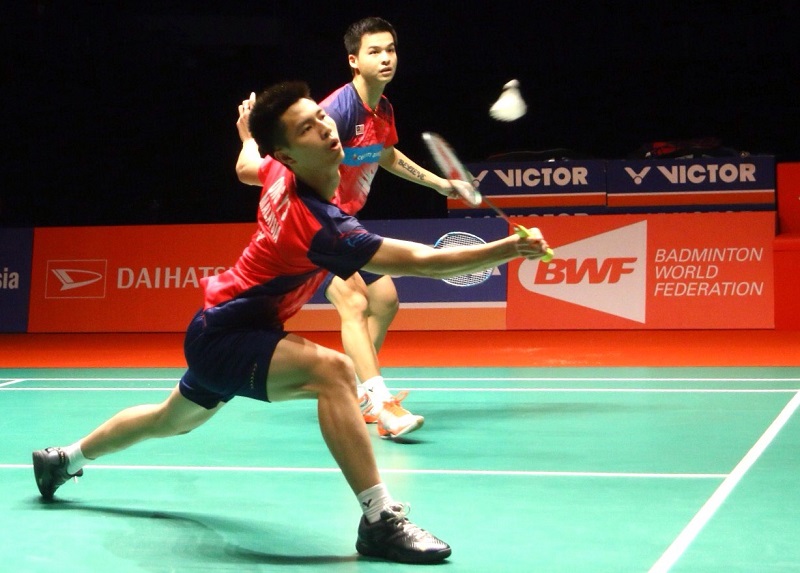 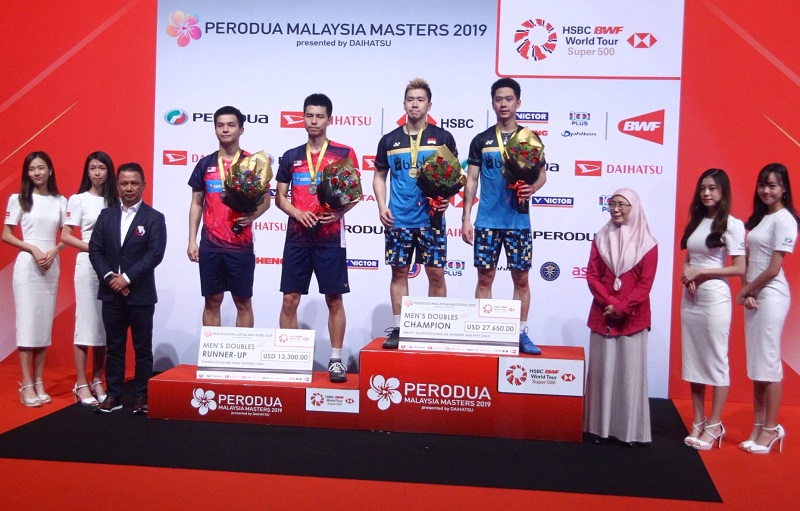 For 35 minutes they gave their best but experience was the deciding factor as Malaysia’s Ong Yew Sin-Teo Ee Yi went down fighting 15-21, 16-21 in the men’s doubles final against Marcus Fernaldi Gideon-Kevin Sanjaya Sukamuljo in the Perodua Malaysia Masters at the Axiata Arena in Bukit Jalil on Sunday.

There is no shame in the defeat as they gave their best in the only final Malaysians featured in the USD350,000 event. The Indonesians, ranked No 1 in the world, slogged for their victory and the USD27,650 prize money that came with the title.

The Indonesians stretched their head-to head count to 4-0 but Gideon was quick to admit that “it was a tough, tough match” for them against the Malaysians, “the toughest so far” compared to their previous encounters.

For their efforts, Yew Sin-Ee Yi pocketed USD13,300 in prize money. Malaysians can certainly count on this pair, currently ranked 27, in the coming future.

In the women’s doubles final Japan’s Yuki Fukushima-Sayaka Hirota had to come from behind to take the title and the USD27,650 in prize money against Indonesia’s Greysia Polii-Apriani Rahayu with a 18-21, 21-16, 21-16 win after a 76-minute battle.

It was a second successive defeat for the Thais in a final this year. Last week the Thais were beaten in the Thailand Masters final – losing to Malaysia’s Chan Peng Soon-Goh Liu Ying.RIZAL ABDULLAH