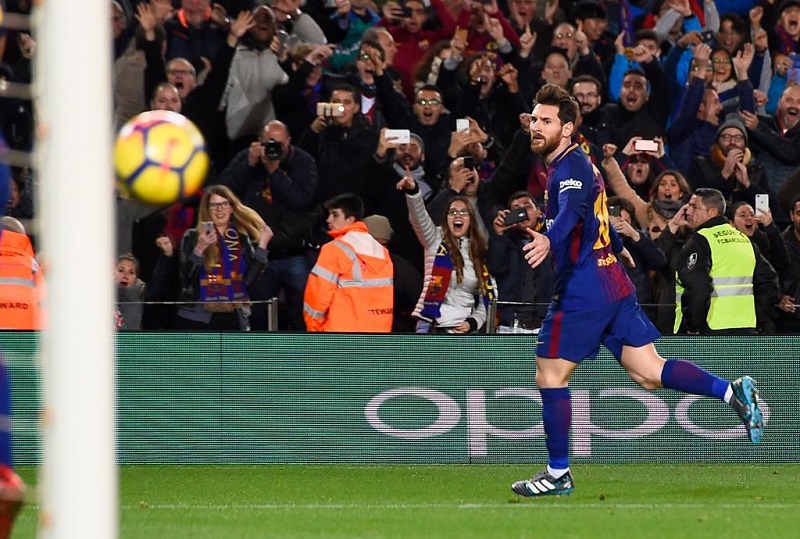 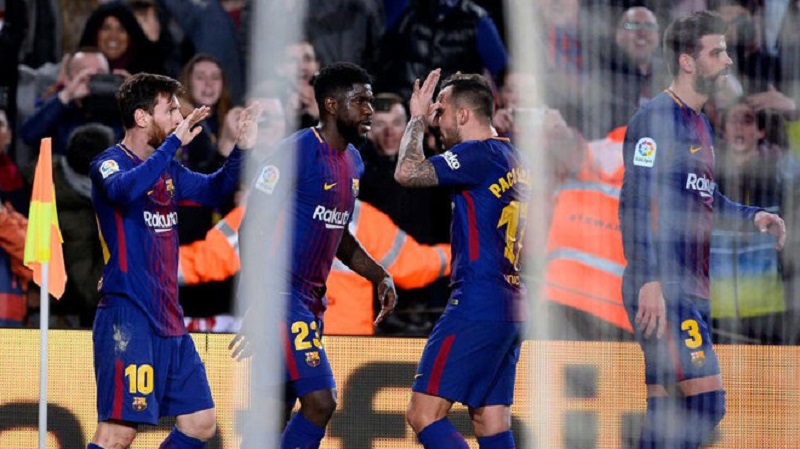 Barcelona escaped a scare on Philippe Coutinho’s first start as Lionel Messi struck with a trademark free-kick to drag the La Liga leaders back from a goal down to beat Alaves 2-1 and restore their 11-point lead at the top.

Messi whipped home a beautiful free-kick six minutes from the end to down resilient Alaves, who are just two points from the drop zone in 17th despite John Guidetti silencing the Camp Nou with a shock breakaway opener in the 23rd minute.

Luis Suarez had broken the away side’s tough resistence with a sweet volley from Andres Iniesta’s cross 18 minutes from the end, setting the stage for Messi’s dramatic and stylish winner.

The Argentine’s strike ensures that Barca stay unbeaten in the league, and keeps Atletico Madrid 11 points back despite their 3-0 hammering of Las Palmas earlier.

With Diego Costa out injured, Atletico took a while to get going and had to wait until the 61st minute to open the scoring, Antoine Griezmann latching on to Juanfran’s fine ball down the right flank before dinking neatly over Las Palmas stopper Leandro Chichizola.

“The first half was not very good but the coach gave us a good talking to at half-time, and we responded well,” said Griezmann, whose goal was just his seventh in the league this season but his fourth in league and cup since the turn of the year.

“I feel good, I’ve started the year well and I hope to continue the goals and assists.”

Frenchman Griezmann started the move that led to Atletico’s second, intercepting a loose pass and setting Angel Correa free to scamper down the pitch and feed Fernando Torres, who shifted the ball onto his right foot and lashed home just his second goal of the season, the 600th scored by Atletico in all competitions during Diego Simeone’s seven-year reign as coach.

An easy tap-in from Thomas Partey after great work from Yannick Carrasco two minutes from time completed the second-half rout of a desperate Las Palmas, who remain second from bottom and five points from safety.

Sevilla were denied the chance to close within three points of Real Madrid and the Champions league places after Angel Rodriguez scored a controversial equaliser deep in stoppage time to snatch a 1-1 draw for Getafe at the Roman Sanchez Pizjaun stadium.

Luis Muriel had slid in a 72nd-minute for hosts but with seconds to spare Juan Cala challenged Sevilla keeper Sergio Rico for a hopeful high ball, and with the Sevilla fans and players clamouring for a free-kick, Angel lashed home the leveller and celebrated under a hail of whistles and boos.-  Agence France-Presse