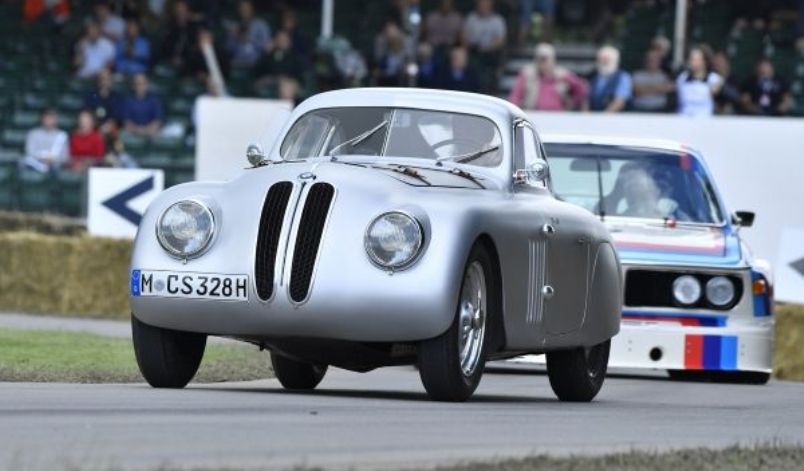 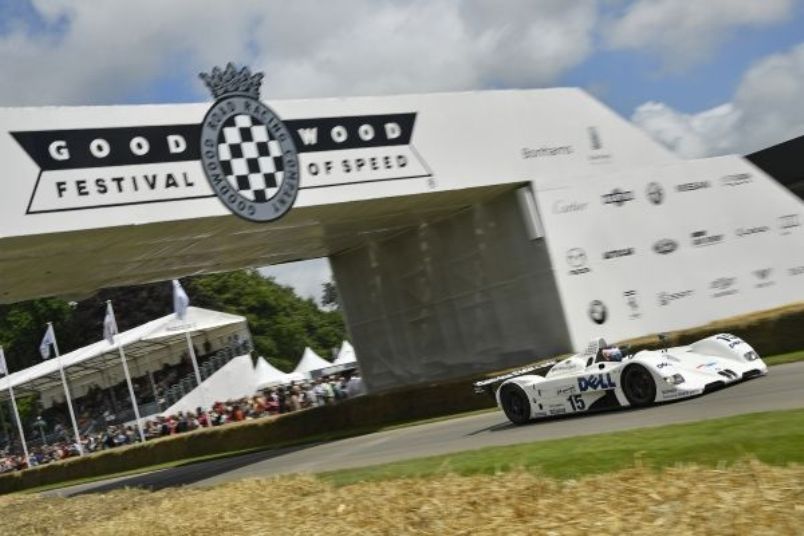 This year, successful racing cars are the focus at the traditional Festival of speed being held at Goodwood in South-east England. The successes of these cars left enduring traces and this has earned them a place of honour in the history of motor sport. BMW Group Classic is sending numerous winners in automobile and motorcycle racing history from its portfolio of vehicles to the British Isles.

The selection encompasses a wide range of disciplines in which classics from the brands BMW, MINI and BMW Motorrad created a sensation in their time. These events range from the Mille Miglia and the 24 Hours of Le Mans, through the Tourist Trophy and the German Touring Car Championship (DTM), to Formula 1 and the Dakar Rally.

The festival takes place on the estate of Lord March from 29 June to 2 July 2017. The hillclimb is a focal point when racing cars from yesteryear will once again demonstrate their racing talent. The demonstration drives in the style of historic competitions hark back to a private hillclimb held by the grandfather of today’s host in the park of Goodwood House. This racing atmosphere was created for the first time in 1936.

Fans of historic motor sport can look forward to a rendezvous in Goodwood with the BMW 328 Mille Miglia Touring Coupé. In 1940, this car took overall victory at the Mille Miglia in a new record time with its reliable six-cylinder engine, reduced weight and favourable aerodynamic values.

The Brabham BMW BT52 undoubtedly also ranks among the vehicles that are worthy of the motto for the Festival of Speed 2017, “Peaks of Performance – Motor-sport’s Game Changers”. In 1983, it became the first vehicle in the history of Formula 1 to succeed in taking the World Championship title with the assistance of a turbocharged engine. The racing car is in the professional hands of long-time Formula 1 driver Ricardo Patrese, who was a member of the Brabham BMW Team in 1983.

A BMW M3 Group A DTM is also lining up at the start of the hillclimb with Italian racing driver Roberto Ravaglia at the wheel. The first generation of the BMW M3 laid the foundation for an exceptional career which made this vehicle the most successful model in touring-car history. In 1987, Ravaglia won the first Touring Car World Championship driving the BMW M3.

Two years later, he again took the title in the German Touring Car Championship. The appearance of the BMW V12 LMR recalls the success achieved in the 24 Hour Race at Le Mans in 1999. The car is being driven by Pierluigi Martini from Italy. Together with Joachim Winkelhock and Yannick Dalmas, he gained overall victory in the legendary endurance race driving this vehicle powered by a twelve-cylinder engine.

The MINI brand is represented at the Festival of Speed 2017 with a series winner which laid the cornerstone for its successes in off-road terrain. In the period from 2012 to 2015, the MINI ALL4 Racing stormed to four back-to-back victories at the Dakar Rally, the world’s most challenging endurance competition. The MINI ALL4 Racing succeeded in achieving an equivalent successful back-to-back series over four years in the FIA Cross Country Rally World Cup. 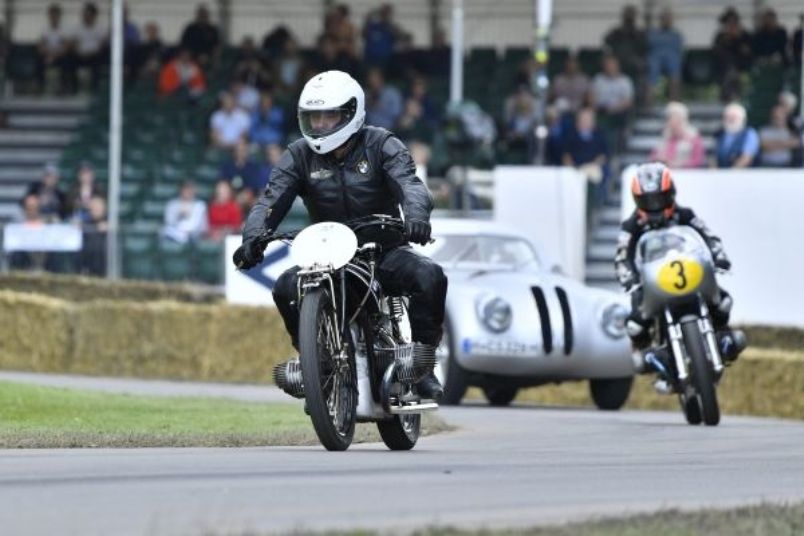 The supercharged BMW WR 500 from 1929 presented at the Festival of Speed 2017 is one of the milestones in the history of racing at BMW Motorrad. A flat-twin Boxer engine with vertical drive shaft and supercharger propelled this motorcycle to an outstanding achievement and to its legendary status in racing history.

In 1939, Georg “Schorsch” Meier won the Senior TT at the Tourist Trophy on the Isle of Man riding a supercharged BMW. Numerous other successes were to follow in circuit and road races. A change in the regulations during the post-war period prohibited the use of superchargers in racing and this put an end to any further series victories.

The classic motorcycle comes face to face at Goodwood with a Tourist Trophy Winner from the recent past. Two-times Superbike World Champion Troy Corser is presenting the BMW S 1000 RR Senior TT there from the year 2014. The Australian played a significant role in developing the four-cylinder superbike, which Michael Dunlop from Northern Ireland rode to a three-fold success on the Isle of Man in 2014.

Dunlop won the races in the Superstock TT, the Superbike TT and the Senior TT. The contingent from BMW Group Classic is completed by a sidecar and two incumbent World Champions. Pekka Päivarinta and Kirsi Kainulainen from Finland, current title holders in the FIM Sidecar World Championship (SWC), will appear in the hillclimbs with their BMW Sidecar LCR.

The sidecar combination is powered by the four-cylinder engine from the BMW S 1000 RR. This power unit and the experts from BMW Motorrad Motorsport enabled the two Finns – who are also a couple off the race track – to secure the World Championship Title in the 2016 season and write racing history. This was already the fifth World Championship in the career of Pekka Päivarinta. But his co-rider was on the podium for the first time. Kirsi Kainulainen is the first female World Champion in the history of road racing.