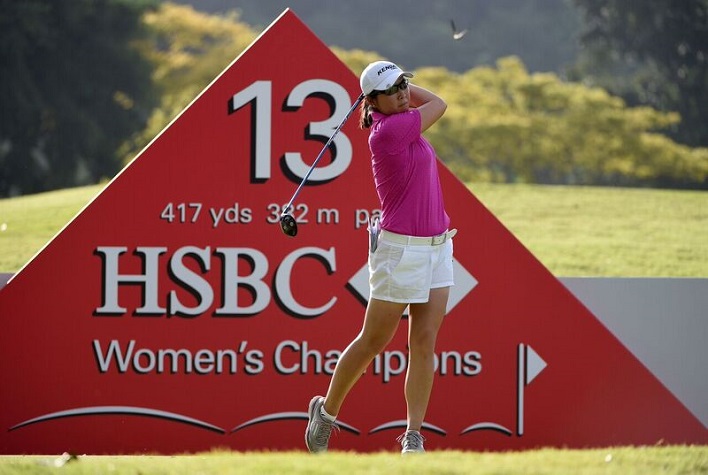 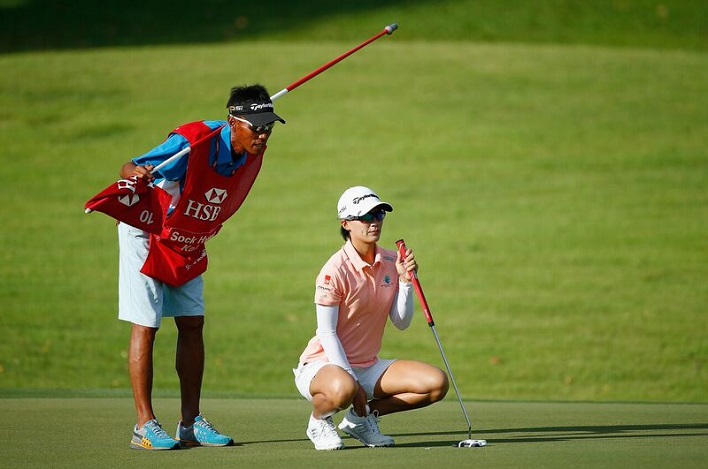 Australia’s Minjee Lee and Candie Kung of Taiwan are joint leaders after round one of the HSBC Women’s Champions 2016. Taking place at the picturesque Sentosa Golf Club, both players carded rounds of 5-under par 67 to lead Suzann Pettersen, Mika Miyazato, Lee-Anne Pace and defending champion Inbee Park by one stroke.

19-year-old Lee, who neutralised the blustery conditions with her controlled play to finish with one eagle, four birdies and one bogey, said:

“I was playing steady and played pretty solid and just seized my birdie opportunities. It was pretty windy right from when I hit my first shot and it got a little bit stronger towards the end of my round. Starting off with a 5-under is pretty good for me, so I’m happy.”

Kung has had a solid start to the season with top-20 finishes recorded in all three tournaments she has entered this season. The 34-year-old’s recent good form was evident today as she carded an eagle early (hole 12, her third of the day) before finishing with five other birdies. She credited the momentum carried over from last year as the reason for her strong start in 2016:

World No.2 Park was her usual steady and reliable self as she put together a round of 68. The South Korean collected her first bogey in 115 holes at Sentosa when she missed her opportunity to par on the 17th. Asked how she felt about breaking the streak that stretches back to 2014, she commented:

“Yeah, it was going to come at some point. It’s actually nice to get it over with today and not needing to play with it (in the back of my mind) the next three days. To make a bogey is disappointing, but it happens.”

World No.1 Lydia Ko parred every hole on the front nine and eventually finish at 1-under while local hope Koh Sock Hwee is tied in 56th place after carding a round of 76, consisting of three birdies, five bogeys and a double-bogey at the tricky 424-yard par-4 hole 3.

Koh, who is competing at the HSBC Women’s Champions for the third time, said: “I think it can always be better, but I’m quite pleased of how it went today. I turned at even and made some good putts. As the wind starts to blow, it gets tougher and it’s just having to minimize the mistakes out there.”

For the first time in its history, the HSBC Women’s Champions will become a four-day festival offering the best in golf, music and food.

British pop band Take That will perform live in Singapore for the first time in over two decades, with a one-off concert on Saturday 5th March while Electronic Dance Music DJ Jack Novak will fly in from the US to join two local DJ talents – DJ FARZ and DJ Li.A – to spin for fans at the end of each day’s play.

Celebrity chef Monica Galetti will headline the culinary element of the four-day festival. Visitors to the HSBC Women’s Champions will be amongst the first in Asia to sample the Samoa-born Galetti’s critically acclaimed dishes. Limited number of tickets are still available, please visit www.sistic.com.sg/events/hsbc0316for further details.