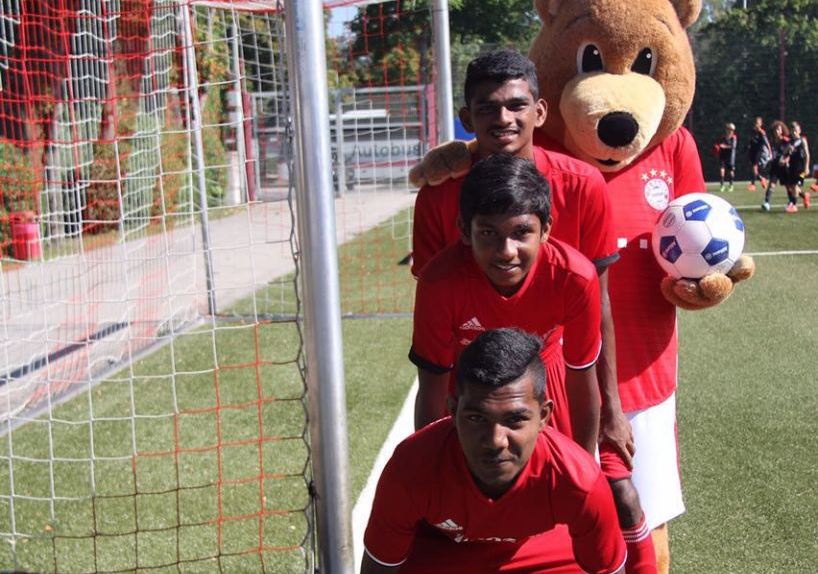 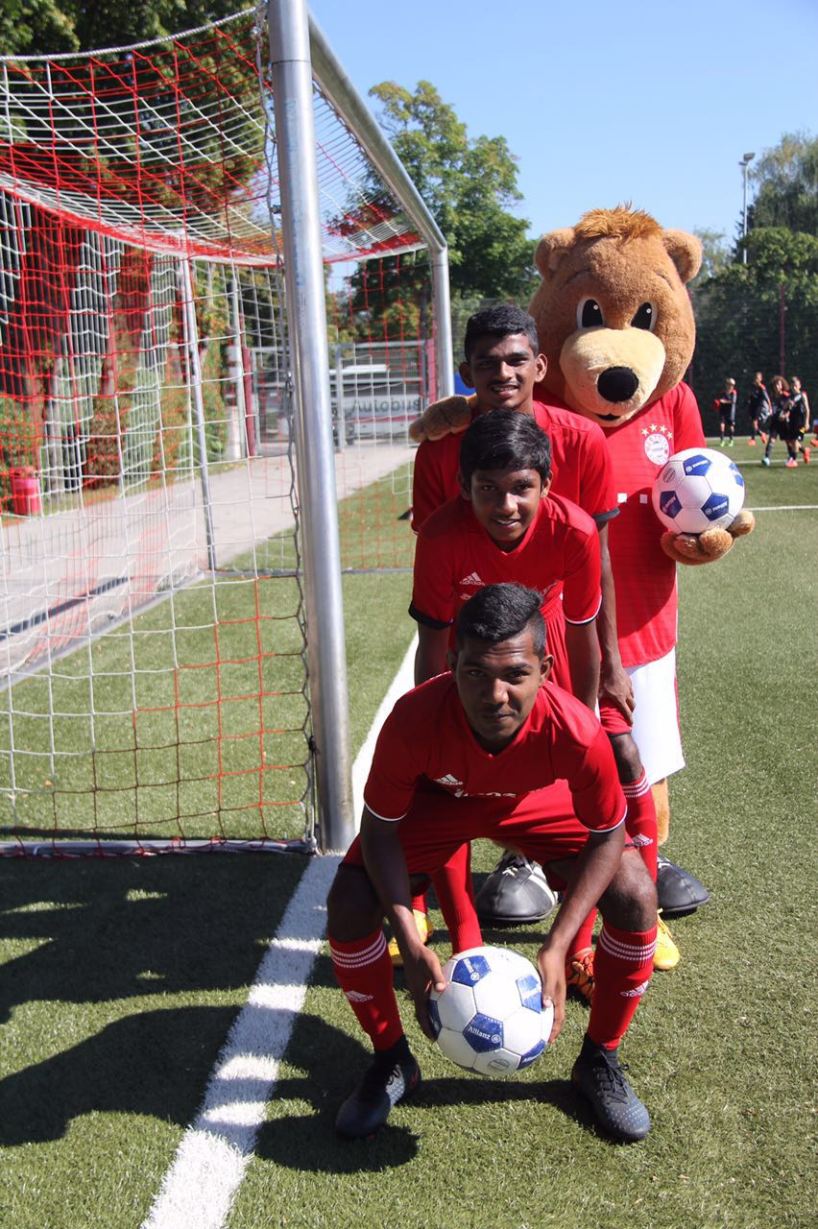 The three Malaysian teenagers participating at the Allianz Junior Football Camp (AJFC) in Munich, Germany took away more than football lessons in the six-day camp which began on August 25.

Shankar P. Ghanais, Ruventhiran Vengadesen and Sharvin Selvakumaran were among the 73 junior footballers from 30 countries who have congregated at the home of Bayern Munich.

Due to the overwhelming response for the AJFC, a regional pre-camp selection was organised in Bali, Indonesia in July, which culminated in the trio being selected to Munich.

Besides the training camp, the boys had the exhilarating experience of watching the Bavarians thrash Werder Bremen 6-0 in the Bundesliga season opener, as well as a behind the scenes tour of the impeccable arena afterwards, including a visit to the players dressing room and tunnel.

For Shankar, even a thigh injury on his leg could not hamper his hopes of taking part in the football clinic.

“At first it hurt a lot and I couldn’t run properly. But I did not want to miss out on the chance of playing with all these players from around the world,” said the 16-year-old, who has also caught the eye of soon to be Malaysia Premier League champions Melaka United.

“I will be speaking to them after I return from this camp. If all works out, I could join them after my SPM examinations. It would be an honour to play for a club that is on the rise,” said Shankar.

Sharvin, who has attended football clinics at Everton, Liverpool and Manchester United meanwhile was pleased to get insightful tips to sharpen his fundamentals in football.

“We were taught on the techniques of accuracy, dribling and ball control. Besides that, the opportunity to meet and play with other footballers was great. I have made many friends despite the language barrier!” said the 16-year-old striker.

Ruventhiran also had no problems making new acquaintances, as the affable teen was seen constantly mingling with the other participants.

The AJFC concluded on Monday with a friendly tournament among the participants.

After the tournament, the Bayern Munich superstars including Frank Ribery, Xabi Alonso, Rafinha and Renato Sanches gave the kids a fitting send off by signing autographs and posing for pictures with them.

From bottom: Sharvin, Ruventhiran and Shankar had an unforgettable stint at the AJFC, including a chance to get up close and personal with the Bayern Munich stars.