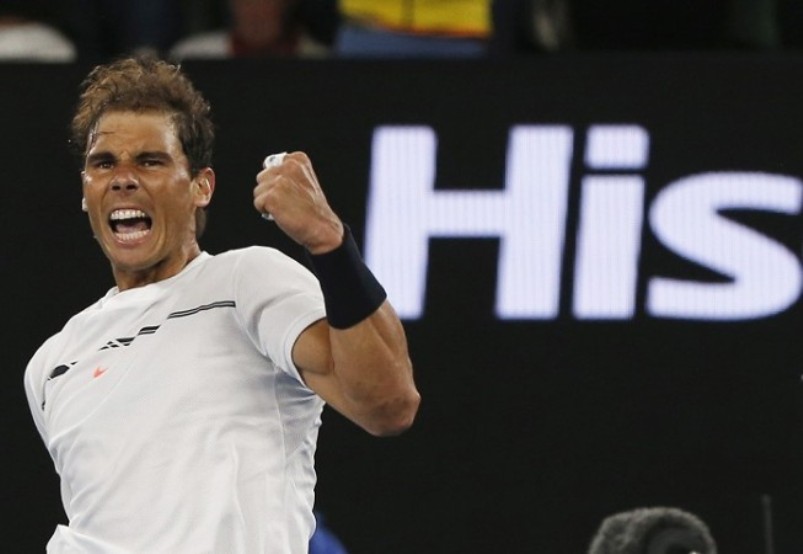 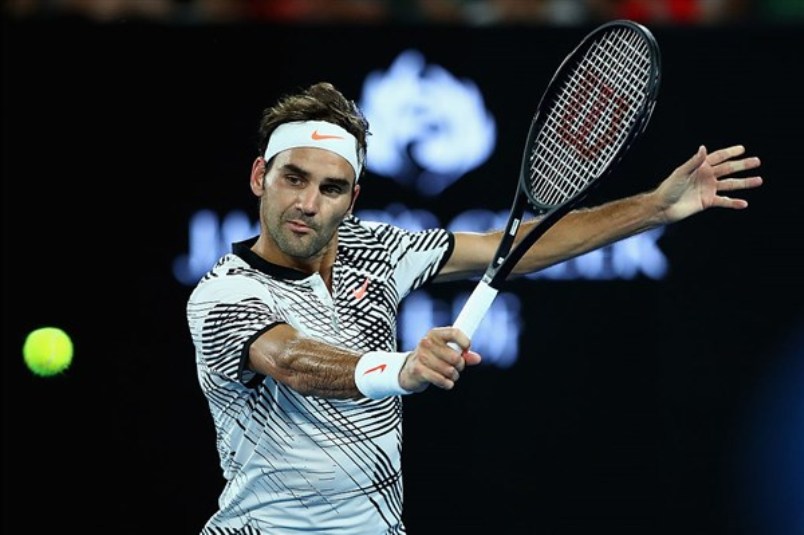 Rafael Nadal set up an Australian Open final against his great rival Roger Federer after edging Grigor Dimitrov in a classic five-set semi-final which stretched for nearly five hours on Friday.

Nadal showed his incredible fighting qualities to claw back from behind in the ninth game of the final set and break Dimitrov’s serve, making two tremendous chases to put away the winning volley.

In scenes of high tension, Dimitrov bravely saved two match points as Nadal served for the match before the gutsy Spaniard finally clinched victory, sinking to his knees in relief and jubilation.

“It’s special to play with Roger again in a final of a Grand Slam. I cannot lie, it’s great,” said Nadal, after setting up his ninth major final against his old rival.

“It’s exciting for me and for both of us that we are still there and we still fighting for important events. So that’s important for us, I think.

He added: “I hope to be ready to compete well again. I need to go back to the hotel, to rest well, and to recover from now.”

Nadal, who downed Federer in the 2009 final, is now into his fourth Australian Open decider and his 21st Grand Slam title match. He leads Federer leads 6-2 in their major finals.

Neither player had been expected to reach the final but after the early exits of top seeds Andy Murray and Novak Djokovic, they have seized their opportunity with both hands.

Nadal, 30, has been out of the Grand Slam limelight since his last title success at Roland Garros in 2014, as injuries sidetracked his glorious career.

On Sunday, he can win his second Australian Open title and become the first man in the Open era –- and only the third man in history –- to win each of the four Grand Slam titles twice.

Federer, who also went five sets against Stan Wawrinka in Thursday’s first semi-final, would have been watching with relish as Nadal was taken the distance in a draining battle.

Nadal and Dimitrov played each other to a standstill in Friday’s epic, with two tiebreakers going either way in a match that ran to nearly 1:00 am on Saturday.

He is no stranger to marathon matches at the Australian Open, including his record, five-hour, 53-minute struggle against Djokovic in the 2012 final.

Nadal broke in the fourth game and cruised to the opening set, but he was given a time violation warning for slow serving and was broken for the first time in game four of the second set.

Dimitrov gave back the break with a double fault in the seventh game, before Nadal fought off four set points in a titanic 10 minute-plus game to stay in the set.

But the Spaniard came under attack in his next service game and Dimitrov levelled the match when Nadal’s forehand sailed over the baseline, ending a 63-minute set.

Nadal broke Dimitrov early in the third but Dimitrov broke back and it went to a tiebreaker, when the Bulgarian paid for a poor, netted forehand on set point to go 2-1 down on sets.

There were no break points in the fourth set and Dimitrov played a masterful tiebreaker to take it to a fifth set as excitement grew in the stadium.

Both players fought off break points but Nadal got the winning break in the ninth game with two lung-busting chases to the net, and then clinched it in the following game. – Agence France-Presse