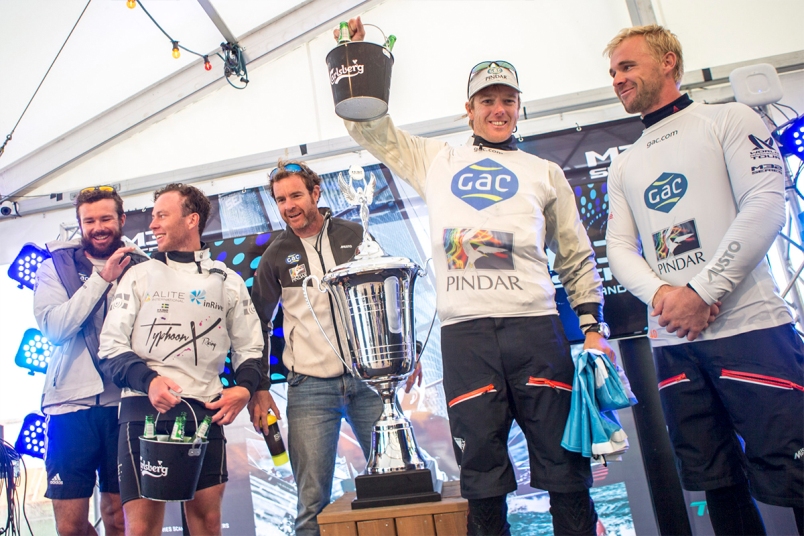 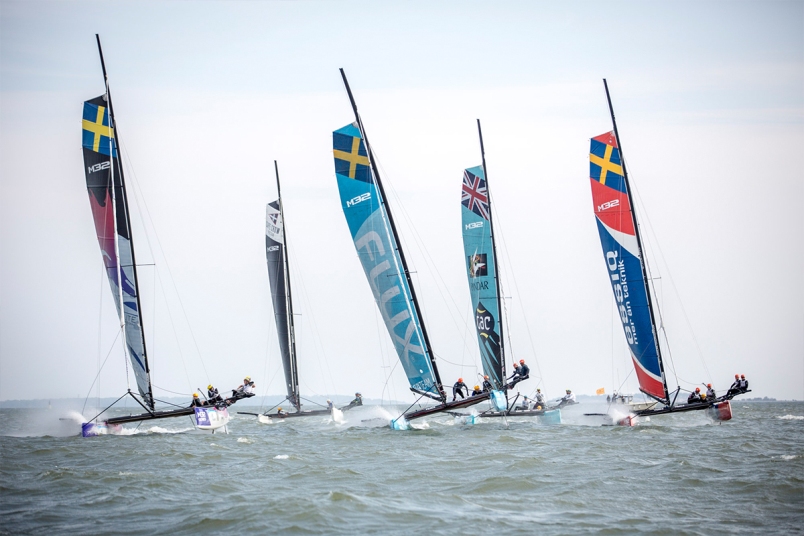 M32 Battle of Helsinki was opened in perfect conditions on Thursday. Hernesaaren Ranta treated the sailors with a fresh southwesterly peaking 20+ knots in gusts. Sunny conditions made it truly enjoyable for the audience who could almost touch the boats crossing the finish line. Hernesaaren Ranta truly proved to be one of the top venues in Europe for stadium sailing.

The favourites and series leaders on board GAC Pindar skippered by Ian Williamsdominated Thursday’s racing. The British team started their M32 career in Helsinki a year ago, but the experienced crew has already reached the top of this professional class. The other four teams were beaten six times out of seven by GAC Pindar, and at the end of the day Flux Team, lead by Johnie Berntsson took second place.

Close third and fourth were Typhoon X Racing skippered by Måns Holmberg andEssiq Racing Team with Niklas Dackhammar at the helm.  Typhoon X Racingperformed a spectacular cartwheel in the closing race of the day. A gybe in a strong puff ended up with a refreshing swim before getting towed in.

The newcomers in the series, Artemis Youth Racing, stepped up their pace in every race. Skipper Rasmus Rosengren and his young crew managed to avoid the fifth position twice during the day. Their debut took place in demanding conditions and in somewhat lighter breeze on Friday and Saturday, they will be hungry for more success.

The local guests on “hot (or wet) seats” were full of excitement. Chairman of the Finnish sailing federation, Samuli Salanterä, could not stop smiling after hanging on toGAC Pindar’s trampoline during a race winning performance around the course. “This experience I will never forget”, summed the somewhat soaked Salanterä.

M32 racing continues at Hernesaaren Ranta on Friday and Saturday. Boats will leave the dock soon after 1pm and first race is scheduled for 2pm.