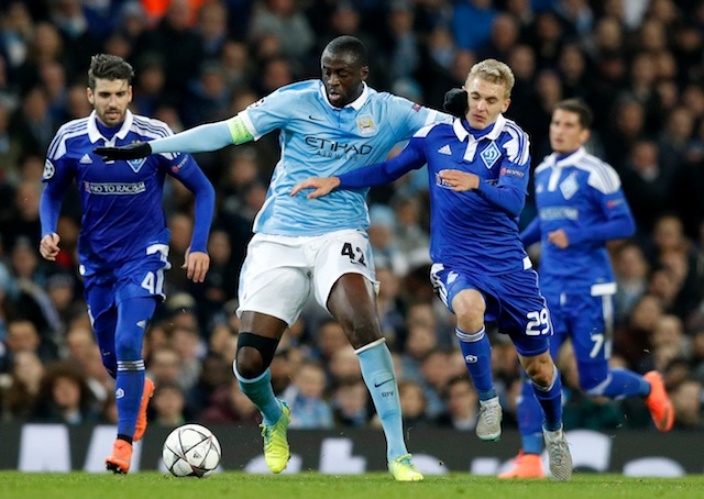 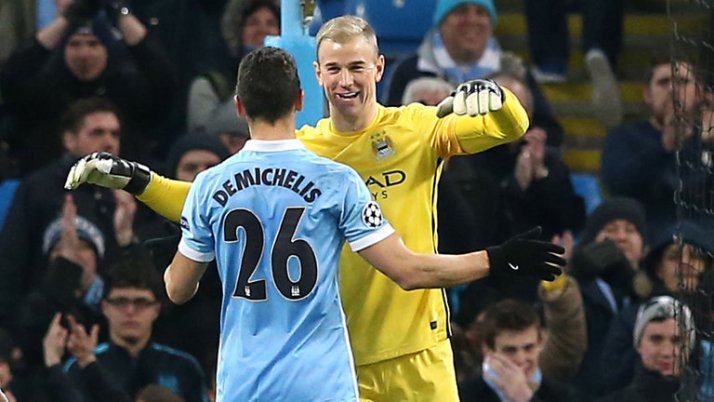 Manuel Pellegrini backed his Manchester City team to make a mark on the Champions League’s latter stages after they overcame Dynamo Kiev to reach the quarter-finals for the first time.

City fell to Barcelona in the last 16 in both of the past two seasons, but they will take their place in Friday’s draw for the last eight after Tuesday’s drab 0-0 stalemate completed a 3-1 aggregate success.

City’s shaky domestic form suggests that they cannot be considered serious contenders for the Champions League, but having seen them top their group above last season’s beaten finalists Juventus before routinely eliminating Dynamo, Pellegrini is hopeful that more historic moments lie ahead.

“I think that as a team when you have a new achievement, it’s always important for your trust (confidence),” he told reporters at the Etihad Stadium.

“This season we had a very difficult group also, with Sevilla, with Juventus and with Borussia Moenchengladbach.

“We won the group, so I think this season, I don’t know if the word is better prepared, but we have more experience to arrive at this stage and I hope we can continue further.”

He added: “I’m very happy for the achievement because it’s important for this club to continue improving every season. I always said that the last two seasons we are very unlucky to have the draw in the round of 16.

“We were unlucky to play against Barcelona. This season we won the group and we now are (among) the best eight teams in Europe for the moment. We will see how far we can go in this competition.”

The bad news for City came in the form of injuries to captain Vincent Kompany and his fellow centre-back Nicolas Otamendi, both of whom were forced off in the first 23 minutes.

Pellegrini expressed hope that Otamendi will shake off his knock within “the next couple of days”, raising the possibility that he could be fit for Sunday’s derby at home to Manchester United.

But Kompany, who will undergo tests on Wednesday, is facing at least a month on the sidelines — and may therefore struggle to return before the end of the season — after sustaining his 14th calf injury since 2008.

While City have flattered to deceive domestically this season, slipping 12 points off the pace in the Premier League, right-back Pablo Zabaleta said that their European breakthrough was a moment to savour.

“It was really satisfying to make history for this club,” said the Argentina international, who has played a part in all of City’s five Champions League campaigns to date.

“We are through to the quarter-finals for the first time. This group of players are working hard every day to make this club even bigger.”

City came closest to scoring when Jesus Navas rattled the post midway through the second half, but Dynamo might have claimed the spoils on the night in the latter stages, only for City goalkeeper Joe Hart to save smartly from Vitaliy Buyalskiy and then Olexandr Yakovenko.

“The guys showed they deserved to be in the Champions League. This game was a good experience for our guys.

“I think we should say thank you to our guys and look to the future with optimism. We will be stronger.”

Asked whether there were any teams that he would prefer to avoid in the next round, Pellegrini revealed that memories of his side’s two eliminations at Barcelona’s hands remain fresh in his mind.

“When you are at this stage, all the teams are very difficult,” said the Chilean, who hands over the reins to Pep Guardiola at the end of the season.