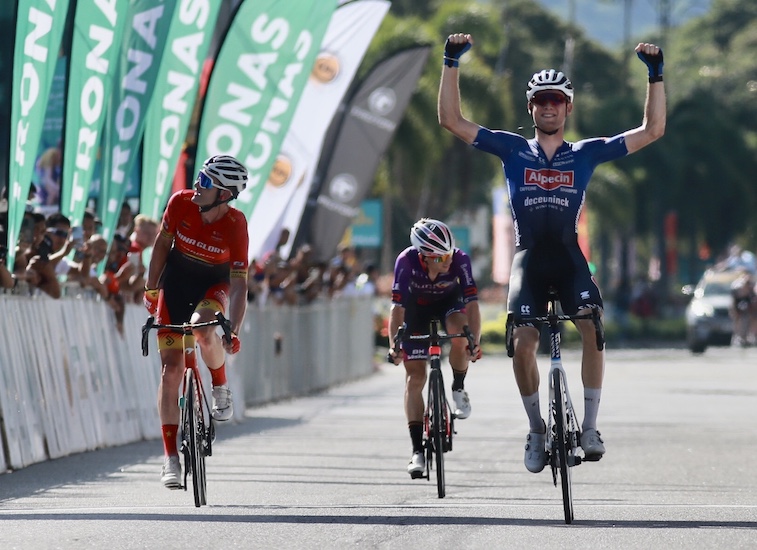 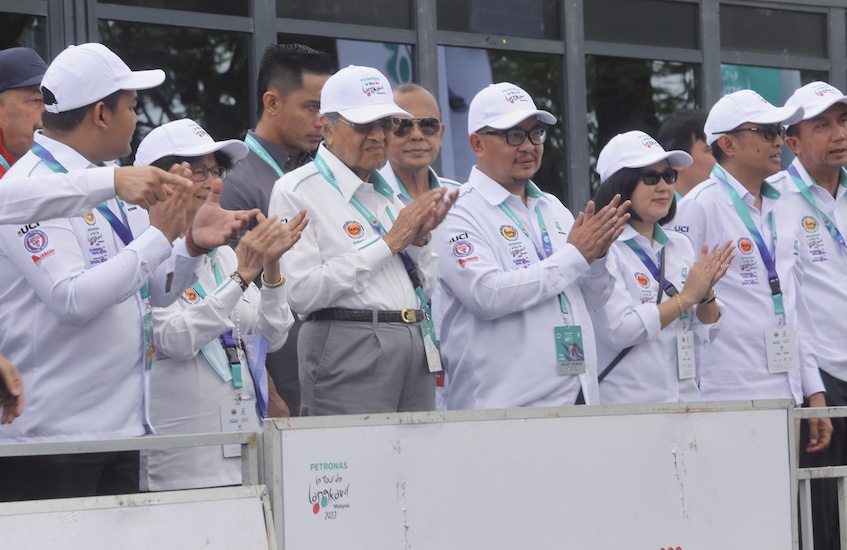 The 26th PETRONAS Le Tour de Langkawi 2022 turned out to be a happy hunting ground for Alpecin-Deceuninck as Bax Sjoerd scored another win for the Belgium-based outfit in Stage 7 which ended in Kuah today.

It was Alpecin’s third stage win in a space of four days after Jakub Mareczko and Lionel Taminiaux had delivered back-to-back victories in Stage 4 and 5 respectively.

With the much-awaited summit finish at Gunung Raya scrapped and replaced with the Stage 8 Langkawi Loop, it was left to the sprinters to hog the limelight as the peloton hit an average speed of 45kph throughout the race.

The 26-year-old Dutchman, fresh from his win in Coppa Agostini Giro delle Brianze (1.1) 18 days ago, beating world’s top names including Alejandro Valverde (Movistar) and Nibali Vicenzo (Astana), proved his mettle with a strong final sprint to edge Willem Smit of China Glory Continental Team with a time of 2:20.52s.

Adria Moreno of Burgos, who was among the three leaders in the final loop, came in third while green jersey leader Max Kanter of Movistar finished ninth with a deficit of 31 seconds.

The victory came as a sweet farewell gift for Bax, who started his pro career with the Rabobank Development Team in 2015 – who is set to join WorldTeam UAE Team Emirates next year on a two-year contract.

“It’s my first Pro race win here and it’s quite emotional for me. The team has been riding amazingly this week…I felt good today to have a go at the podium.

“I flew into Malaysia in good form after winning my first pro race in the Coppa Agostini race last month.. but the heat here has taken a toll on me in the first few stages. But now, I’m fine. It was less hectic today,  I managed to catch the leaders before sprinting out at the right time,” said Bax, the first Dutchman to win a stage in LTdL. 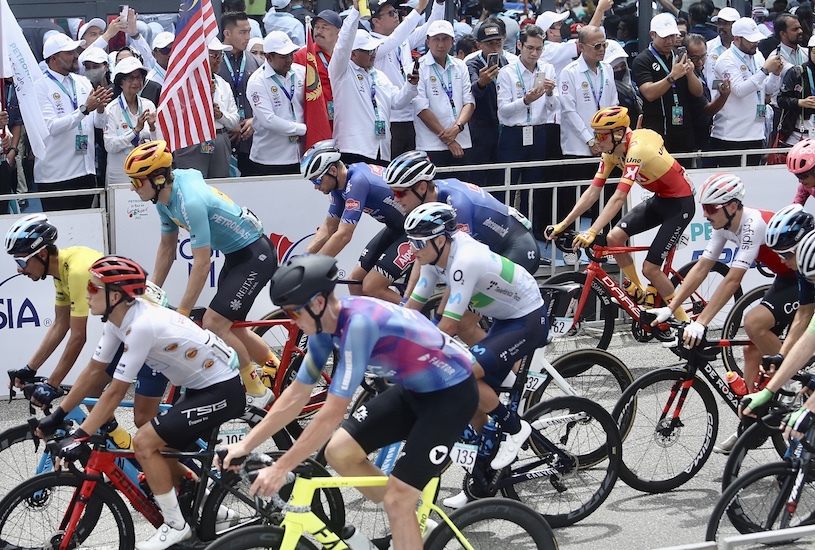 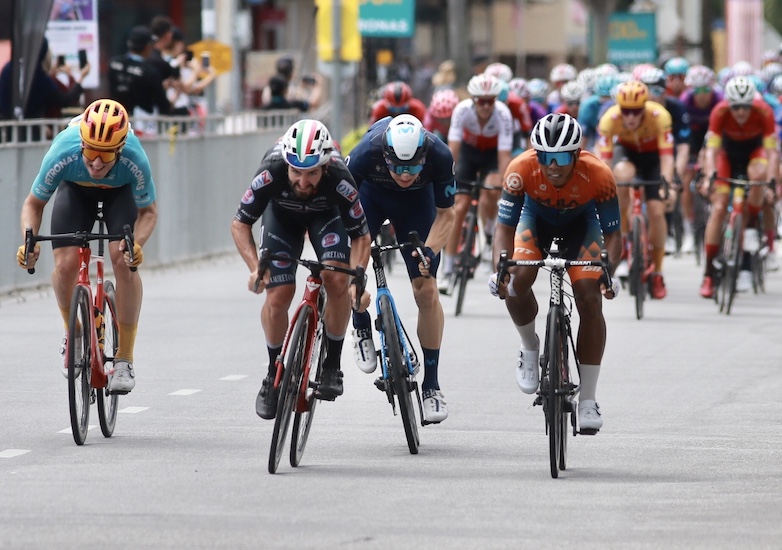 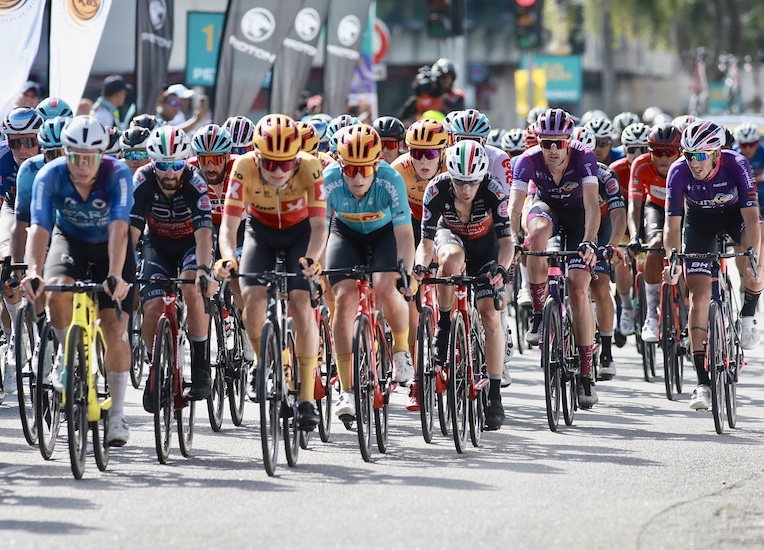 There were intermediate sprints on offer at 30.8km, 89.5km and 98.3km which were won by Eduard Grosu (Hopper Androni), Willie Smit (China Glory) and Adria Moreno (Burgos BH) respectively.

There were no changes in the mountains classification standings as Terengganu Polygon Cycling Team rider Muhammad Nur Aiman Zariff rode safely to continue as leader with 29 points, on level terms with teammate Jambaljamts Sanbayar.

The battle for Asian Best rider climaxes tomorrow with Sainbayar holding just a one-second advantage over Andrey Zeits of Astana and with three intermediate sprints on offer, expect some fierce battle between the duo tomorrow.

With the removal of Gunung Raya in this year’s route, Movistar’s Ivan Sosa ensured the yellow jersey on his back since Genting stage and is likely to emerge overall winner as the race heads for its finale tomorrow with the same Kuah-Langkawi Loop route.