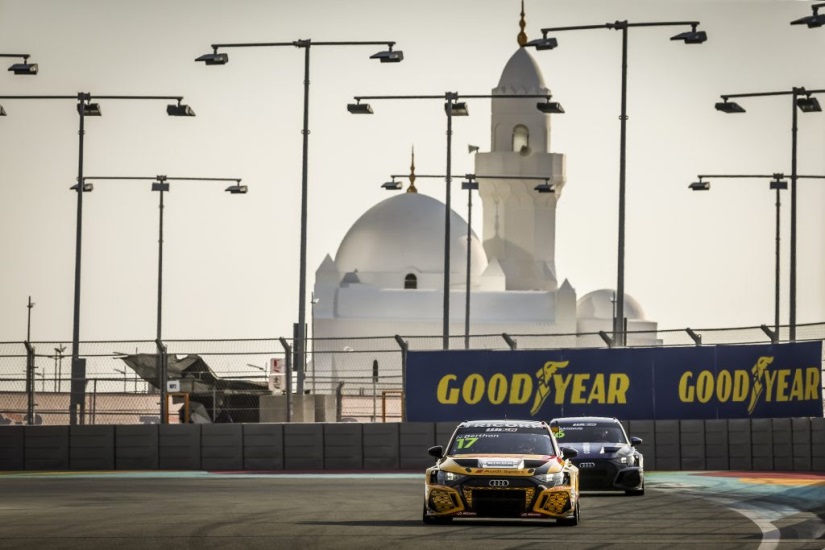 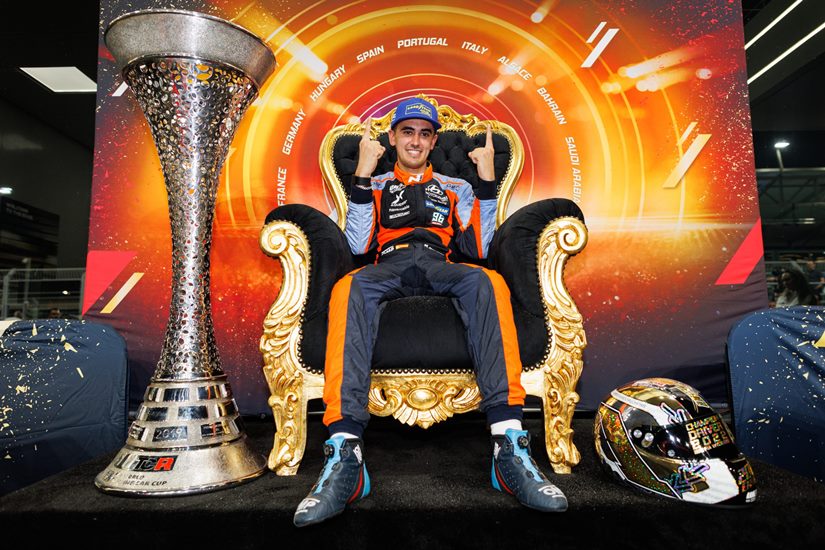 Nathanaël Berthon stormed to his first pole position of the season in qualifying at WTCR Race of Saudi Arabia as Mikel Azcona was crowned provisional King of WTCR for 2022 at the Jeddah Corniche Circuit.

Comtoyou DHL Team Audi Sport’s Berthon grabbed pole as the last to run in the Q3 shootout, knocking BRC Hyundai N Squadra Corse’s Norbert Michelisz off the top. Azcona was third fastest but had already been confirmed as the provisional King of WTCR after Q2 when points rival Néstor Girolami could only end up in P12.

“Incredible, unbelievable,” said a delighted Azcona, whose BRC Hyundai N Squadra Corse outfit can’t be caught in the battle for the Teams’ title. “It’s something I cannot believe. I worked all my life for this. A very hard four last years here in WTCR to win the title. Basically, this is my life’s work starting with my family, and my parents. Mama and papa, thank you for everything you gave me, this opportunity to play in this sport. Now we are world champions.

“We are a little family from a little village and now we are world champions. I don’t have words. It’s an incredible feeling. Thank you to my team, BRC Hyundai N Squadra Corse, for giving me the best car, thanks to Norbert [Michelisz] and Nicky [Catsburg] as well. This track was very hard with the slipstream, but in the end we were able to go for Q3. Thank you very much for giving me this opportunity.

“It was very tough to focus on Q3. We were on the limit to make it, thanks to my teammates for the double slipstream. Against the Audis on these long straights, it was very difficult. Winning the title this way is unbelievable. Now we have to celebrate and enjoy.”

Berthon was also overjoyed. “Finally, pole position at the last race. It’s better than ever, eh? I am very happy. We have worked so hard to have this. We still have a job to do tomorrow and get some points. I’m also super-happy for Tommy [Coronel] because we worked together on this: he helped me, I helped him as well. I’m sure he will help me in the races too.” 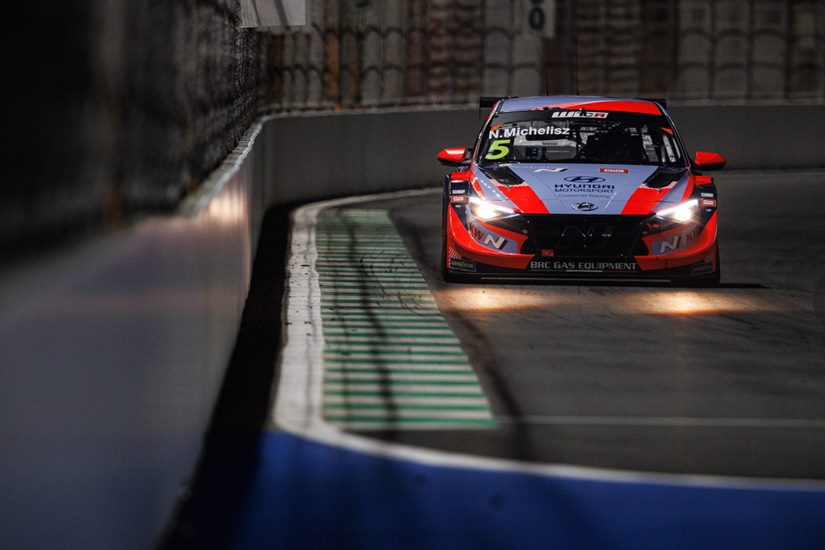 Azcona aces Q1 with late charge
The Audis were on top for much of the 30-minute Q1 session − until Michelisz towed Azcona to the fastest time in the final minutes. Azcona jumped to the head of the order with a lap of 1m16.423s to end up ahead of the Audis of Gilles Magnus, Franco Girolami and Nathanaël Berthon. WTCR title rival Néstor Girolami progressed to Q2, but only in P10.

Rob Huff and Attila Tassi just made it through to the next part of qualifying in P11 and P12, which left Zengő Motorsport’s Dániel Nagy just outside the bubble in P13. Local hero, Comtoyou Racing’s Ahmed Bin Khanen, also missed out, as did LIQUI MOLY Team Engstler’s Tiago Monteiro.

Berthon is best to give a taste of things to come
Berthon stormed to the fastest time in the 15-minute Q2 session with an effort of 1m16.199s, 0.111s faster than Azcona in second − but the Spaniard wasn’t bothered about that. Girolami lacked pace when it mattered the most and propped up the times in P12, stopping on his slowing down lap. And that confirmed Azcona as the provisional King of WTCR for 2022 even before Q3 played out, the 26-year-old and his team celebrating over the radio.

Along with Berthon and Azcona, Magnus, Michelisz and Tom Coronel made it through to Q3 as the top five in the session. Franco Girolami just missed out on progressing in sixth, ahead of Nicky Catsburg, Esteban Guerrieri and wildcard Viktor Davidovski. Tassi qualified in P10, which means the LIQUI MOLY Team Engstler Honda Civic Type R TCR will start the partially reverse-grid Race 2 from pole position.

Coronel goes first but team-mate Berthon is fastest
In Q3, Coronel was the first of the five to set a time. The Dutchman posting a benchmark of 1m16.564s.

An emotional Azcona now had to gather himself together and focus on completing Qualifying as the next to run in Jeddah. The Spaniard was down on Coronel in the first sector, but quicker in the final two to go faster by just 0.052s, after which his provisional title celebrations began again over his team radio. Michelisz was the third to go. A storming final sector pushed the Hungarian above Azcona, by just 0.043s.

That left two more Audis to come. Magnus was first up, the Belgian proving the slowest of the four so far, 0.212s off Michelisz’s pace.

So it was down to Berthon to chase his first pole position of the season − and he managed it with a stunning final sector. The Frenchman pulled a time of 1m16.362s to steal pole from Michelisz by 0.107s. That left the final order as Berthon, Michelisz, Azcona, Coronel and Magnus.

*Subject to confirmation of the results by the FIA