Qatar’s World Cup organisers said on Wednesday that six labourers building stadiums for the 2022 tournament suffered work-related injuries last year but there were no fatalities.

Qatar has been widely condemned for its treatment of almost two million foreign workers.

Critics have estimated that several thousand workers could die in the run-up to the World Cup because of labour conditions in Qatar on direct or indirect tournament projects.

That is denied by Qatar and in response, the Workers’ Welfare Progress report said two men died last year of heart attacks but not while working and there were no work-related fatalities.

In October, a 52-year-old Indian painter at the Khalifa International Stadium “suffered a cardiac arrest during lunch at one of the site’s dining halls” and died at hospital, said the 46-page report.

And earlier this year a 55-year-old Indian heavy goods driver suffered a heart attack while in his accommodation, it said.

The issue of heart attacks among labourers has previously proved contentious.

Those injured between April and December last year included a worker who had the tip of his finger severed after it got caught between two beams.

Another worker was left with a broken wrist and a “facial injury”, according to the report which indicates that the others hurt on the job suffered fractures.

Qatar’s Supreme Committee for Delivery and Legacy, which oversees the World Cup, said there were absolutely no “work-related fatalities” during April and December when the report was carried out.

During that time, it said, almost 4,000 labourers completed around nine million man-hours.

Last year, the general secretary of the committee, Hassan al-Thawadi, said a total of 14 million man hours had been worked on World Cup projects without a single fatality.

“Ensuring the health, safety, security and dignity of every individual working on delivering the 2022 FIFA World Cup Qatar is of the utmost importance for the Supreme Committee,” said Thawadi in the foreword of the report.

According to Thawadi, the committee will publish an annual report on the welfare of workers.

The report also concedes there are “challenges” ahead, including on the ethical recruitment of labourers.

Qatar, which has also been criticised for failing to do enough to reform its labour laws, is set to expand its workforce in the coming years in the countdown to the World Cup.

In December, Amnesty accused Qatar of doing “almost nothing” on the issue of labour abuse in the five years since it was controversially awarded football’s biggest competition.

That same month the International Trade Union Confederation estimated that as many as “7,000 workers will die before a ball is kicked in the 2022 World Cup”.

The claim was vehemently denied by Qatar as “groundless” and a “distortion of the facts”. – Agence France-Presse 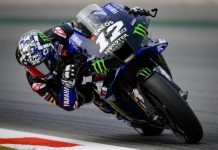