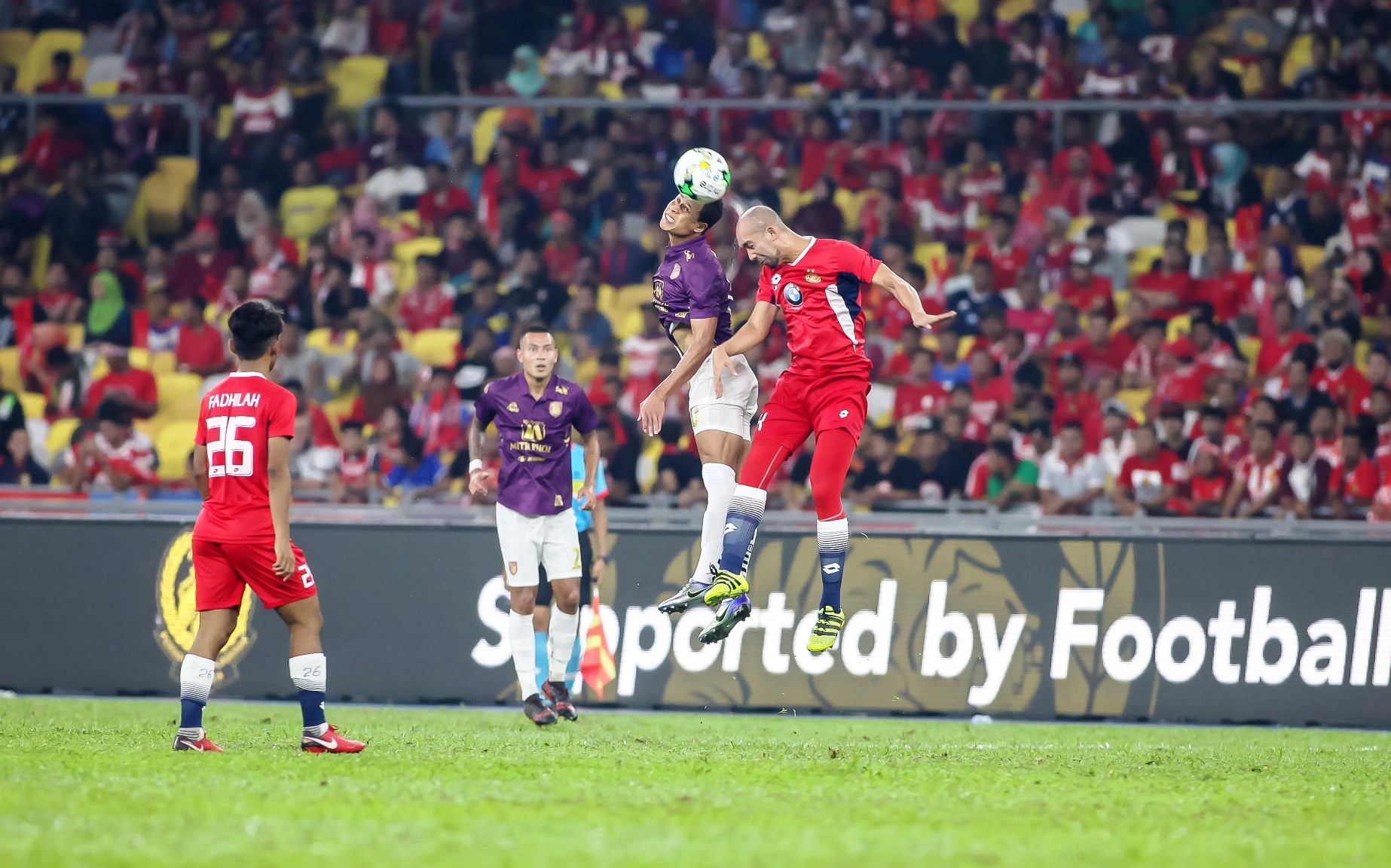 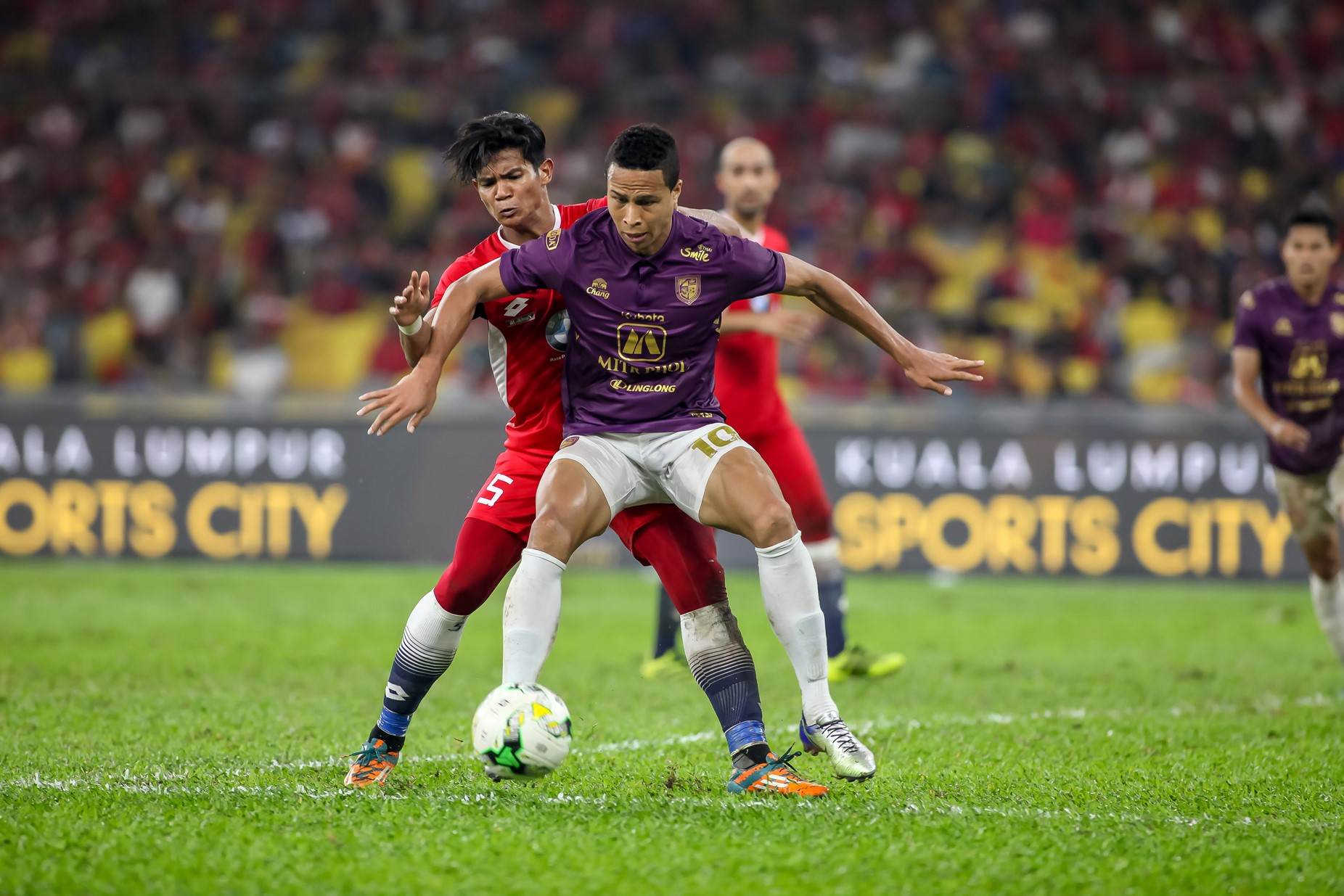 A draw would have been enough for Kelantan FA but the Read Warriors blundered their chances to register a great start to the season and lift the inaugural Boost SportFix Super Cup following a 3-4 loss at the hands of Ratchaburi FC at the Bukit Jalil National Stadium here last night.

Following tonight’s result, all three teams were tied with three points but Persija jakarta, having beaten Ratchaburi 3-1 but lost to Kelantan 0-1, were confirmed as winners of the round-robin inaugural tournament.

Kelantan stepped onto the pitch as the early favourites, backed by their vociferous red-shirted fans clad in red, and started the night on an aggressive note.

But it was Ratchaburi who drew the first blood with midfielder Phillip Roller playing a pivotal role in the team’s feat with his effective assists in three of the four goals.

Kelantan were stunned as early as the 10th minute with Roller providing a cross which were met with ease by Kang Soo Il to put Ratchaburi on the lead.

Kelantan retaliated, pulling their act with series of attack to look for the equalizer. Their effort paid off with Do Dong Hyun finding the net from close range in the 20th minute.

But it was Roller who once again terrorized Kelantan’s heart of defence with his lightning run from the left which caught the Red Warriors off guard in the 36th minute. Roller’s cross were perfectly met by Narakorn Noomchansakul to give the visitors a 2-1 lead at half time.

Kelantan went on the offensive after the breather to reduce the deficit but again it was Roller who provided the spark in the 55th minute, beating Kelantan defenders on the right before sending a timely cross to Chutipon who unleashed a left foot low strike whch gave Kelantan custodian Khairul Fahmi no chance at all.

Kelantan coach Sathit Bensoh sent in Mohamad Nor Farhan to help reduce the deficit and move paid off when the striker provided Bruno Lopes with a golden chance in the 74th minute which saw the Brazilian finding the back of Ratchaburi’s net to reduce the gap.

Kelantan continue their pressure in the hunt for the equalizer and the much-awaited goal came in the 77th minute off a move by Bruno Lopes from the left side. Indonesian Ferdinand Sinaga capitalised on Ratchaburi’s lapse in defence to coolly equalise from close range.

With three minutes on the clock and as Kelantan prepare to celebrate, Ratchaburi launched an attack from the right, with Sila Srikampang racing himself into Kelantan box. Silo sent in a harmless cross which Khairul Fahmi blundered and mistakenly palmed the ball into his own net to give Ratchaburi a 4-3 victory.

In the end, all three teams were tied with three points and Persija Jakarta prevailed with the advantage on goal difference.

With the conclusion of the inaugural competition, fans can look forward to more exciting editions following the positive support shown by all relevant parties and stakeholders, especially the local supporters , in ensuring that everything fall in place over the last one week of the competition.

Indeed, efforts by organiser Total Sports Asia (TSA) to initiate the project should be lauded as not only it provides better commercial values to participating teams, more importantly, it helps create excitement amongst teams as they prepare for  new season in their respective leagues.

TSA CEO, Marcus Luer,  was clearly elated and satisfied with the outcome of the round-robin tournament, thanking teams and the fans for making the competition a great success  after the last match.

“Our main aim is create a premium football competition and providing fans with opportunities to follow the competition through SportsFix OTT platform, ASEAN’s first OTT platform which delivers live and VOD sports content,” he said.

“I’m happy with tonight’s outcome as the team only got together for two weeks. We’ve adopted and injected new approach and styles in all areas and this tournament has helped us to prepare for the new season. The players were a bit tired but overall, it was a good tournament with good opponents.”

“Ratchaburi played well and they had it quite easy in the first half. I felt sorry for the fans for not winning the Cup. We came back strongly in the second half and managed to hold them to a 3-3 draw but unfortunately, we lost concentration in the last few minutes.

No point in pointing fingers and putting the blame on the players as the most important thing now is for us to go back and work hard on several aspects including retaining composure and concentration on crucial moments. We’ve got good set of young players and this is something which I look forward as we prepare for the news season to start.”