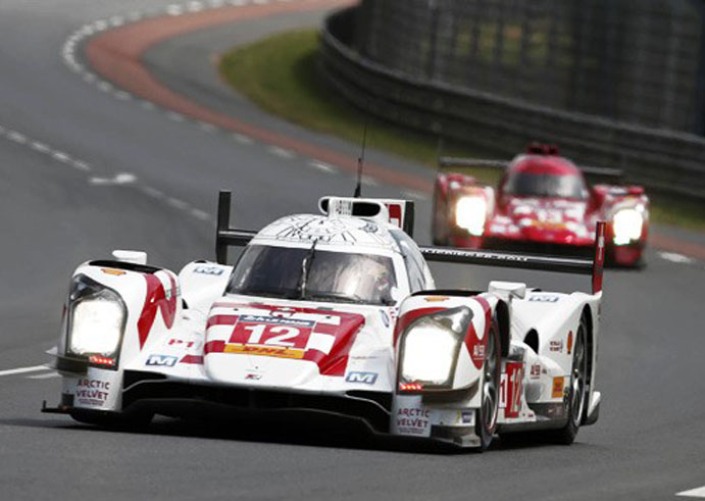 The Swiss Rebellion Racing team has confirmed its plans for a 2016 racing programme which will centre around running a pair of upgraded Rebellion R-One AER LMP1 cars in the FIA World Endurance Championship, which includes the prestigious 24 Heures du Mans.

Rebellion Racing has submitted its application forms for two cars to the FIA WEC and ACO, and the entry lists will be revealed next Friday, 5th February at a press conference in Paris.

The team will be looking to re-confirm its status as the best privateer sportscar team at the highest level of endurance racing, in 2015 extendeding its domination in the category by winning a fourth straight FIA WEC Endurance Trophy for LMP1 Privateer Teams.

The Rebellion Racing cars will continue to be powered by AER engines in 2016, for the second year in a row. Both AER and the team have gained experience and knowledge to improve reliability and efficiency of the P60 V6 twin turbo engines.

REBELLION Timepieces will remain as primary sponsor for the Swiss team in the FIA WEC and Le Mans 24 Hours as the watch brand and the team pride themselves on competing against the best sports car manufacturers and teams in the world.

Bart Hayden – Rebellion Racing Team Manager : “We have submitted entries for two cars for the full FIA WEC and 24 Hours of Le Mans. We will continue to use the AER P60 engine; last season it was a new installation in the Rebellion R-One chassis and whilst we achieved our target of taking the titles, there was still a lot of room for improvement on the reliability of the package. Together with AER we have been working hard on addressing the issues that came up in 2015 and we will make the necessary steps forward.

“We have a testing programme scheduled already and, unlike last year where we missed the opening rounds of the season, this year we will be ready from the beginning and we will be at the WEC Prologue at Paul Ricard HTTT in March.”