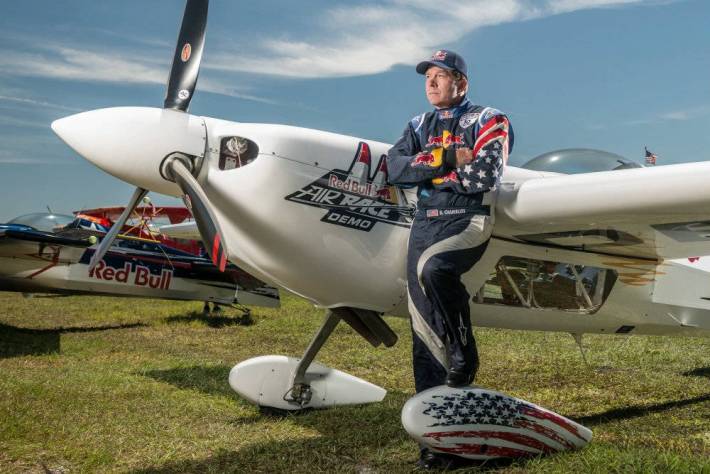 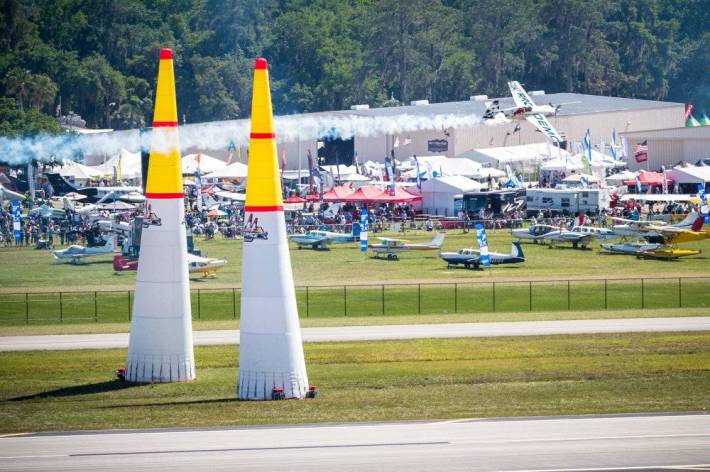 There were more than just vintage planes filling the sky in Florida this weekend 8th – 10th April, as the Red Bull Air Race Demo took flight for the first time ever at one of the largest airshows in the Northern America, SUN N’ FUN International Fly-In and Expo in Lakeland, Florida.

More than 150,000 aviation enthusiasts at SUN ‘n FUN International Fly-In and Expo were immersed in a demo of the global motorsport phenomenon that is the Red Bull Air Race World Championship.

Fans were treated to the first ever demonstration of the ultimate motorsport series in the sky with a brand new track design which saw two of the title contenders from the Master Class, Americans Kirby Chambliss and Michael Goulian, showcase the epitome of the high-speed, low-altitude action.

The pilots raced through the unique 80-foot (25m) pylons, while thousands of aviation fans cheered from the crowd lines.

Nick Fellows, the iconic voice of the sport and the upcoming first-ever American Challenger Class pilot, Kevin Coleman, commentated and educated the new fans whilst the flying action took place.

Designed to educate and inspire, SUN ‘n FUN is the second-largest event of its kind in the world, and the attendees had the chance to meet the race pilots in person, watch as they show how to fly the track correctly and incorrectly, learn about scoring, rules and timing, and check out the latest look in raceplanes.

Once they had a taste of the real action – fans were encouraged to become a race pilot themselves with the opportunity try a virtual reality simulator and discover just how exhilarating flight at 230mph (370kmh) with 10Gs can be.

Jim DiMatteo, Race Director for the Red Bull Air Race, added, “The aviation community here in SUN N’ FUN love anything to do with flying and planes. And today we were honoured to demonstrate to the crowd what we do in our sport. We have a fast-growing fan base in the US, and our American pilots certainly showed what our World Championship can do.”

Don’t miss out on seeing the Red Bull Air Race debut at the Indianapolis Motor Speedway (Oct. 1–2) and the big season finale in Las Vegas (Oct. 15–16).  And throughout the season, for the latest news and tickets to all the races visit www.redbullairrace.com