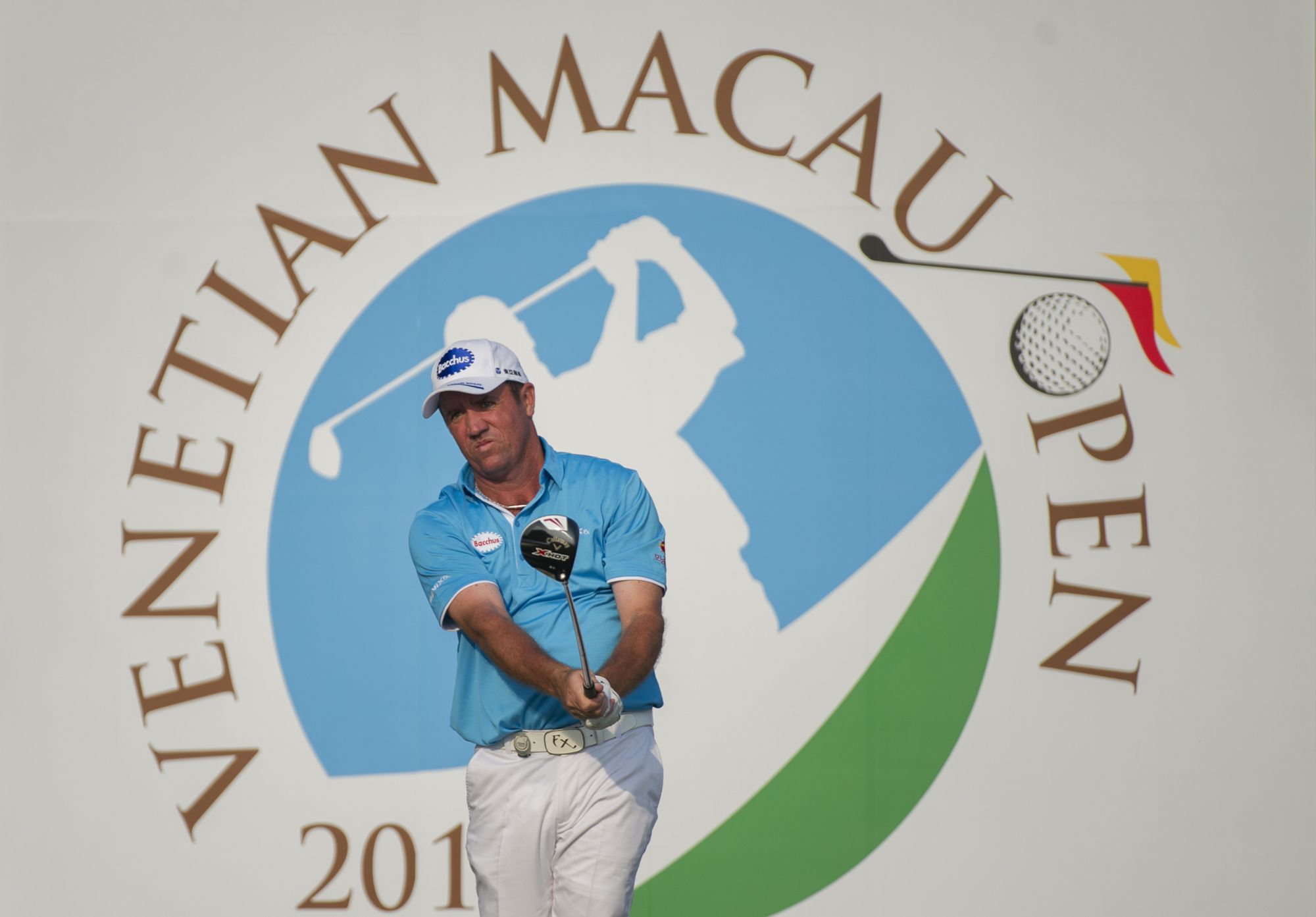 Australia’s Scott Hend will be aiming to become the first man to win a record third Venetian Macao Open title beginning on Thursday, feeling refreshed and recharged after a week’s break.

Big-hitting Hend starts as one of the odd-on favourites at the US$1.1 million Asian Tour tournament, thanks largely to stylish victories here in 2013 and last year. He also finished runner-up to India’s Anirban Lahiri in 2014 and is a staggering 52-under-par at Macau Golf and Country Club in his last 12 rounds.

Standing in between Hend and a small slice of golfing history are reigning Asian Tour number one Lahiri, world number 14 Branden Grace, England’s Ian Poulter, who is returning from injury, and a host of rising stars including Filipino Miguel Tabuena, India Chikkarangappa and last week’s winner Poom Saksansin of Thailand.

“To be a three time champion here, it will be fantastic,” said Hend, who currently leads the Asian Tour Order of Merit following two victories.

The widely-travelled Aussie, ranked 64th in the world, took a timely break from Tour last week to prepare for a hectic end-of-season push which he hopes will culminate with him sealing a first Asian Tour Order of Merit title.

“I needed a week off as my body was telling me to have week off and mentally as well,” said the 43-year-old, who rakes in the airmiles through a hectic playing schedule.

“I’ve been very close to winning the Order of Merit previously, only to the pipped by guys obviously playing a bit better. I should have won more times this year. I’ve got eight more tournaments and obviously I like to think I can possibly win one of these ones. It’ll be great to be a three-time winner of the Venetian Macao Open but it’ll be a tough week … weather wise, golf course wise and there are some great players out here.”

The slightly-built Tabuena hopes to roll in the right numbers in Macao in hope of challenging for a second Asian Tour victory, which he knows will keep him in the Order of Merit race where he is currently fifth.

“I’ve never had a good finish here but I can feel something special this week. I know my game is in a good place so hopefully I can play well,” said the Filipino, who turns 22 tomorrow.

“I feel more in control. I know where my misses are and I know how to correct them. That’s important as previously when I made a mistake, I would take a long time to recover but being on Tour for six years now, and with the experience I’ve gained, I’m a bit smarter on the golf course and you learn how to play golf instead of worrying about the mechanics.”

Chikkarangappa, 23, has enjoyed a recent strong run of form of form, finishing ninth and sixth in his last two starts in Taipei and Jakarta. He is now dreaming of emulating close friend Lahiri in securing a first Asian Tour victory at the Venetian Macao Open, the richest full-field Asian Tour event this season.

“A win is around the corner. I’ve been doing well,” said Chikkarangappa, who will represent India with S.S.P. Chawrasia in the World Cup of Golf in Melbourne next month.

“I’ve been in there in the last few groups a few times now. I’ve taken a lot of positives when I’ve not finished well. I think I’m getting better from being in that position.

“We did a lot of work back home with my coach Vijay Divecha, spending a lot of time on my short game, especially from 100 yards in. It used to be my strength and I kind of lost it a bit. But I got it back and that’s why I’ve been able to shoot some good scores in the past few weeks.”

Baby-faced Poom is hoping to extend his rich vein of form after storming to a five-shot maiden Asian Tour victory at the BNI Indonesian Masters presented by Zurich last week.

“I’m feeling good. Now that I’m a winner, I can play for another few years. I’m feeling happier. This course is quite short but it’s very narrow. If I can hit my driver straight, I might have a chance. Last week, I drove it well, so my confidence is good,” he said.

No fewer than 43 Tour winners, seven players from the current top-10 and five Order of Merit champions are in the field this week. Europe’s Ryder Cup captain Darren Clarke will also feature in the Venetian Macao Open.