Home News Others THE ROAD AND THE TIME… The AeroGT 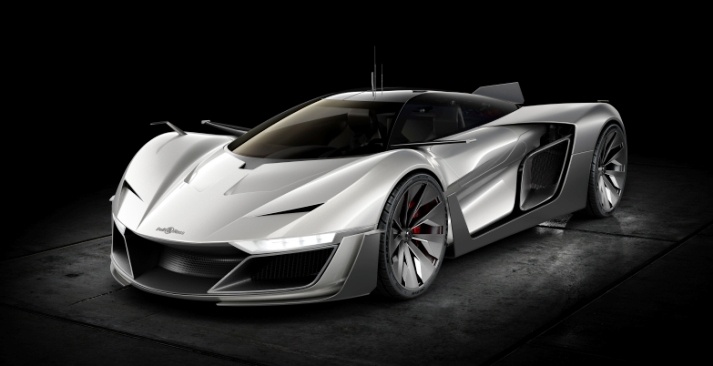 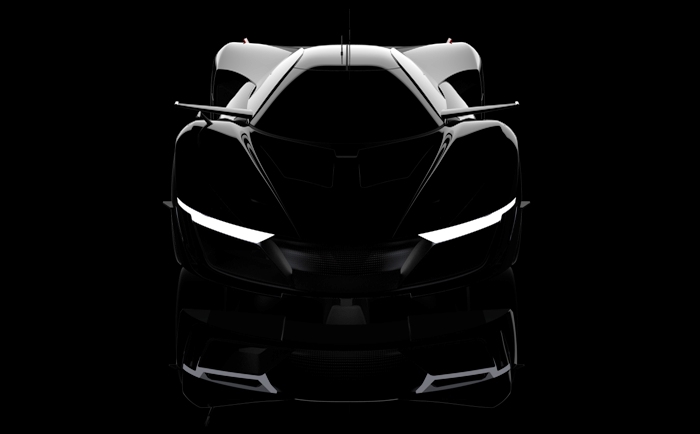 “Every year, in order to create new models, I need new sources of inspiration,” admits Bruno Belamich, our creative director. “Following the success of our B-Rocket motorbike in 2014, I wanted to go even further and design the Bell & Ross car. The aim was to produce a car that can ‘hold its own’, even amongst automotive professionals. But above all, this real challenge was a great joy,” remembers the designer. “

The AeroGT concept car was the starting point for the creation of a new pair of watches inspired by the automotive world – the BR 03 AeroGT models.”

In 2016, Bell & Ross is firmly focusing on the motoring world, another one of its designer’s favorite fields. The brand has designed the AeroGT, an avant-garde concept car and GT grand sport with bodywork as streamlined as a fighter jet. This unique car, created by the watchmaker’s design studio, was not created by chance.

“The AeroGT concept car is an extension of our field of expertise, which demonstrates the creative ability and strength of our brand. I thought that it would be interesting to combine the iconic Bell & Ross features with a car directly inspired by aeronautics,” explains Bruno Belamich.

“This concept car is in actual fact an amalgamation of an aircraft and a GT.” This spectacular vehicle adopts the major principles of Bell & Ross watches: form in response to function, a passion for mechanics and, of course, a strong aeronautic overtone. Alongside the presentation of this unique prototype, two exceptional watches with a strongly car-inspired character are being released.

Bell & Ross at the wheel

Since the very beginning, Bell & Ross has used aviation’s iconic features in the design of its watches. Bruno Belamich therefore spends a great number of his working hours studying jets, fighters and bombers. However, this mechanics, style and performance enthusiast also loves to burn rubber on the roads. This year, Bell & Ross is presenting computer-generated images of the AeroGT, an extreme grand sport car project.

“The design of this concept car took just over one year. To obtain optimal results, we worked with specialists in car design,” explains Bruno Belamich. It was very important for us to create a high-performance car with realistic characteristics.”

Ultimately, this stunning super car, as streamlined as a jet, shows what a Bell & Ross car might look like.

The Bell & Ross AeroGT draws its inspiration from grand tourers (“gran turismo” in Italian). This category of racing car, first produced in the land of Pasolini in the ’50s, encompasses the most illustrious sports cars in automotive history, and particularly the celebrated Ferrari 250 GTO, of which only 36 were produced in the ’60s.

At the time, these versatile sports vehicles were designed to be at home both at great speeds and on the track.

Indeed, some “gentlemen drivers” would travel directly by road to the competitions in which they were competing.

The Bell & Ross AeroGT celebrates these legends on wheels in a highly contemporary manner.

The AeroGT is a super car inspired by aviation. With this creation, Bell & Ross is keeping in touch with its aeronautic roots. Extremely low (1.10 m) and aerodynamic, the 4.7 meter-long car seems to split the air like an arrow. Its pointed forms with sharp angles and cutting overhangs are reminiscent of some stealth aeroplanes.

All it needs to take off is a pair of wings. When seen from above, the drop-shaped glass roof recalls the glass cover of a jet cockpit. Meanwhile the razor-thin wing mirrors are inspired by the small wings called “canards” placed on the nose of a fighter. The two unusually sized exhaust pipes evoke turbojet engine exhausts, while the turbine-style rims imitate the vanes of supersonic aircraft engines.

But the most impressive detail is the rear longitudinal aileron, which is reminiscent of an aircraft’s vertical stabilizer. The role of this element is to stabilize the racing car when performing quick turns. Ultimately, the Bell & Ross AeroGT concept car combines motoring and aviation to the greatest possible degree. 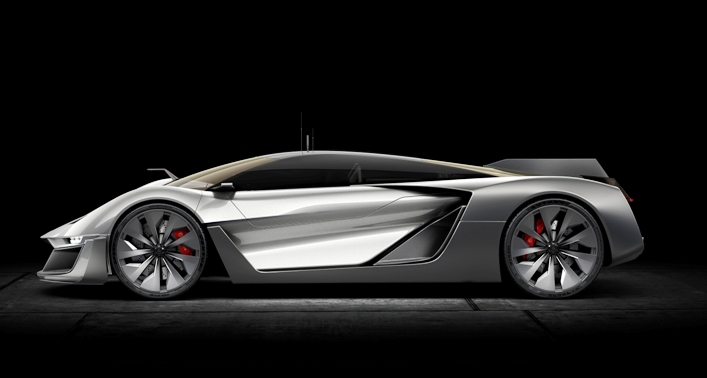 Like an aeroplane, the AeroGT uses cutting-edge technologies and benefits from first-class performance. Its strict two-seater mid-engine layout looks very contemporary. In the ’50s and ’60s, GTs most often relied on a classic layout: front engine and rear-wheel drive.

Later on, engines on the whole moved to the middle of the car, just behind the passengers. The AeroGT adopts this approach, which guarantees excellent weight distribution between the front and the back. Gripping the asphalt, it enjoys first-class steering performance and road handling. In order to be light yet rigid, the monocoque chassis and body use carbon fiber. As a result, the car only weighs 1320 kg. As light as a feather!

When it came to designing the AeroGT, Bruno Belamich didn’t hold back. He imagined the car propelled by a 4.2l V8 twin-turbo engine, combined with the latest 8-speed automatic gearbox. The Bell & Ross super car would boast 610hp – more than ample power in all situations. Press the accelerator pedal and its full horsepower is let loose.

The car reaches 100 km/h in less than 3 seconds. The two turbos grant the car maximum torque at both low and high engine speeds for stunning acceleration. Overtaking becomes a pure formality. As for its maximum speed, the AeroGT is intended to reach a peak speed of 315 km/h. For this reason, the Bell & Ross concept car notably features a pitot tube, installed at the top of its right wing.

This type of probe, which can be found in aeronautics, measures very high speeds. Meanwhile the heat-resistant ceramic brakes have the delicate task of stopping this road-borne missile. Finally, the designers opted for a rear-wheel drive layout to maintain the driving pleasure and reactivity of the car. There is nothing boring about driving the AeroGT!

The BR 03 AeroGT watch duo is directly inspired by the AeroGT concept car. Admittedly, the automotive and watchmaking industries share a lot of similarities. Both domains are concerned with motors and performance as well as time and precision. They both function using gears, escapements, screws and cams.

There is also a very old tradition of making watches for car drivers, mainly chronographs intended for professional track drivers. It therefore seemed only natural to combine the two with the AeroGT concept car and the BR 03 AeroGT watches.

Bell & Ross keeps up to speed

“Both the BR 03 AeroGT watches and the AeroGT concept car are ultra-technical and high-performance,”assures our creative director. The design studio created two variants: a chronograph embodying the very essence of the “automotive watch” and a more classical three-handed watch. These watches feature a steel case that recalls the fuselage-style body of the AeroGT project. For even greater strength, the designer boosted the proportions and shapes of these models to give them a sportier and more streamlined look.

Their crowns are made using red aluminum, an extremely light alloy often used in sports cars. Their open-worked dials are formed from layers to give them an intriguing impression of depth. Meanwhile, the skeletonized mechanism of these BR 03 AeroGT watches has been designed to allow a glimpse through the movement while making them lighter. This reduction work can also be seen in racing cars.

For these watches, the aim was to highlight the sophistication and beauty of the watch motor. The AeroGT concept car also allows its mechanics to be admired, which are housed under a smoked glass window.

A direct expression of the AeroGT concept car, this very contemporary-looking chronograph watch is the archetypal driver’s watch. Its mechanism is devoted to measuring short time intervals. The skeletonized dial features metal hour-markers. The two chronograph counters on a grey-tinted crystal display the hours and half hours.

Meanwhile the large hand at the center of the dial shows the seconds. The whole is completed by a tachymeter scale. This watch function is used in particular to calculate the speed of a car. To ensure continued good visibility, even when driving at night in a downpour, the hour-markers and hands are coated with photo luminescent material.

Also to improve legibility, the hands of the chronograph are red-cultured. The aluminum start push-button is also painted red to encourage action. A date function can be found at 3 o’clock.

In the wake of the AeroGT, this three-handed version is also powered by a skeletonized mechanism. It presents a central hour, minute and seconds display. The seconds’ hand is cultured red, as is the small fixed triangle indicating 12 o’clock. The latter recalls the dashboard counters of GT sports cars.

Stowed securely on the wrist

Both of these models are limited to 500 pieces.

In 2014, Bell & Ross took a mechanical turn with the BR 03 B-Rocket watch duo. Now, the watchmaker is slipping behind the wheel of a concept car with the two BR 03 AeroGT models. These forays demonstrating the creative strength of the brand have already resulted in a retro-futuristic motorbike and an avant-garde concept car. Which field will the aviation loving watch brand explore next?