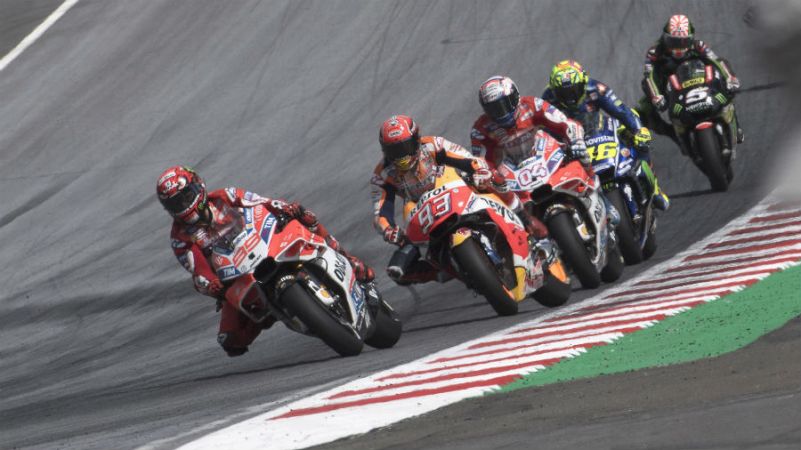 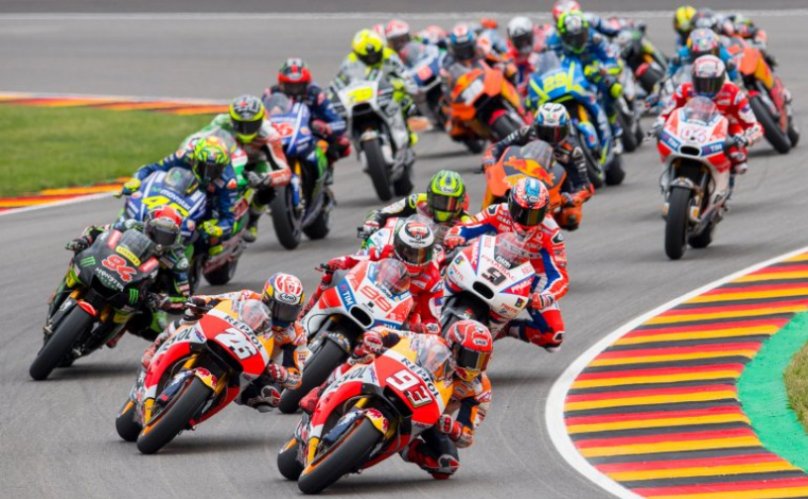 After a shakedown test for factories with concessions, test riders and a few other bikes sharing the track, it’s now time for the season to begin proper.

Sepang International Circuit remains the host, and the whole class of 2019 is now ready to rumble and head out on track for three days of Official Test.

So who’s that? There are a few key changes in 2019. Perhaps the biggest is one that won’t be out on track in Malaysia, however, as Jorge Lorenzo sits out the test due to injury.

That leaves Repsol Honda teammate and reigning Champion Marc Marquez the only rider in orange, and he’ll be an interesting one to watch as he himself also continues his recovery from injury – although he has, at least, been out on a mini bike.

After a winter away, how will the Champion feel back on a bike? Marquez will undoubtedly be the focus of many a Sepang spotlight.

That’s an even bigger question for Cal Crutchlow (LCR Honda Castrol), as the Brit has been off a motorcycle since his crash during the Australian Grand Prix weekend.

Breaking his ankle badly and taking some serious time to recover, the three-time Grand Prix winner has had a long winter – but he’ll be back out now, working for his own season and Honda.

Stefan Bradl (Honda Test Team) will be another out there working for the Japanese factory, and one more Honda will be in action: Takaaki Nakagami (LCR Honda Idemitsu).

The Japanese rider topped the Jerez Test and will want to translate that pace into some impressive laptimes around Sepang, too.

The newly-named Mission Winnow Ducati squad will be an interesting duo. Andrea Dovizioso has become a mainstay of the podium, the top step and the top echelons of the Championship, and it was a Ducati who did the fastest lap at the test last season – although not his.

Now it’s a different benchmark sharing the red garage, with Danilo Petrucci moving up to the factory team and the Borgo Panigale duo eager to keep showing the incredible form that has characterized the last two seasons. How will Petrucci settle in?

Alma Pramac Racing’s two Ducati machines will be out on track as well, with Jack Miller now the experienced rider in the squad and aiming for another step forward this year.

That’s as Francesco Bagnaia joins him in the team, and the hotly-tipped rookie and reigning Moto2™ Champion will be one to watch.

Reale Avintia Racing’s Tito Rabat will be back at fuller strength after his injury last season, and Karel Abraham moves to the team to join the Spaniard – on a GP18, moving two iterations forward in one leap.

Meanwhile at Yamaha, the test will be crucial. After problems throughout much of last season and some key issues identified, the Iwata marque have been all hands on deck over winter and the Sepang Test will give some indications as to the progress made.

In addition, Petronas Yamaha SRT join the fold. The new team have Yamaha machinery and the tantalising line up of Franco Morbidelli and rookie Fabio Quartararo, with a lot of interest focused on both men.

The new team and the test rider count also means the Iwata marque outnumber any other manufacturer at the first test of the season.

Team Suzuki Ecstar field Alex Rins, another man aiming for a consistent challenge at the front this season, and another hotly-tipped rookie in Joan Mir.

They also have a test rider present in the form of Sylvain Guintoli, with both the veteran Frenchman and Rins, now a sophomore, adding some continuity to the Hamamatsu factory’s programme as Mir settles into life in the premier class.

Suzuki no longer have concessions, however, after an impressive season last year…could that play a role in their 2019? After some more difficult directional decisions for 2017, the factory want to make sure they have another stellar campaign.

Red Bull KTM Factory Racing arrive with big designs on the season ahead, too. After a final round that saw incredible success for the Austrian factory in all three classes, and injury struggles largely behind them, there’s a lot of expectation around the newest factory on the block.

For one, Johann Zarco is a man in the spotlight, as is new teammate Pol Espargaro after taking their first ever podium in Valencia.

Test rider Mika Kallio is back from injury, the only bad news for KTM is the continuing recovery of new signing Dani Pedrosa.

But they also have two more machines out on track – Hafizh Syahrin and Miguel Oliveira of Red Bull KTM Tech 3, a sophomore and a rookie but two riders who are both new to the machine.

Finally, Aprilia Racing Team Gresini have some exciting additions for 2019. Andrea Iannone joins the Noale factory alongside Aleix Espargaro, and the Italian squad now have test rider Bradley Smith’s experience to call on as they continue developing the RS-GP.

All three will be on track at Sepang, and they’ll be aiming to gather important information to help guide their season after some struggles in 2018.