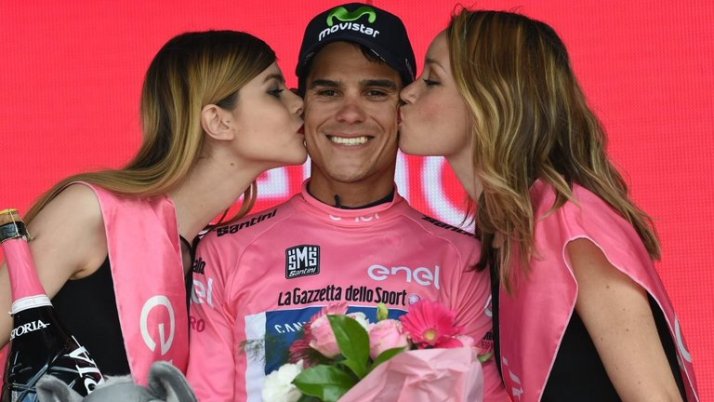 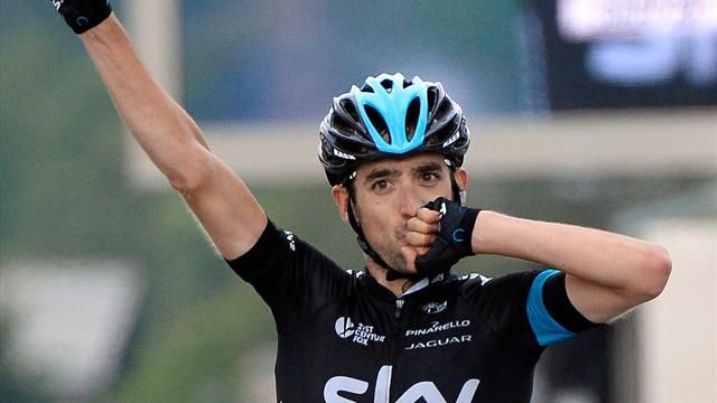 Spanish climber Mikel Nieve soloed to victory on stage 13 of the Giro d’Italia on Friday putting a smile back on Sky team’s face after they lost their leader Mikel Landa to illness this week.

Overnight leader Bob Jungels made a valiant effort to keep hold of the pink jersey only to fail narrowly and is now second in the standings by 26 seconds.

Having been part of an early 25-rider escape group, Nieve launched his assault on the day’s toughest climb 34km from home and held on for a welcome victory for the British team.

Also in the original escape Giovanni Visconti tried to bridge the gap but finished 43 seconds off the pace.

Race favourite and 2013 winner Nibali made a sudden turn of pace on the last climb but Valverde and Poland’s Tinkoff rider Rafal Majka, the Astana man’s chief contenders, held on to finish at the same time, as did Amador.

Jungels, who had been in pink for three days, paced himself after Nibali’s attack and avoided a complete meltdown, but was 51sec adrift of Nibali’s group.

Ahead of Saturday’s much awaited mountain stage in the Dolomites, seen as a potential Tour decider, Nibali is third at 41sec, Valverde fourth at 43sec and Majka sixth at 1min 37sec.

Results from the 13th stage of the Giro d’Italia, a 170km mountain run from Palmanova to Cividale del Friuli on Friday: