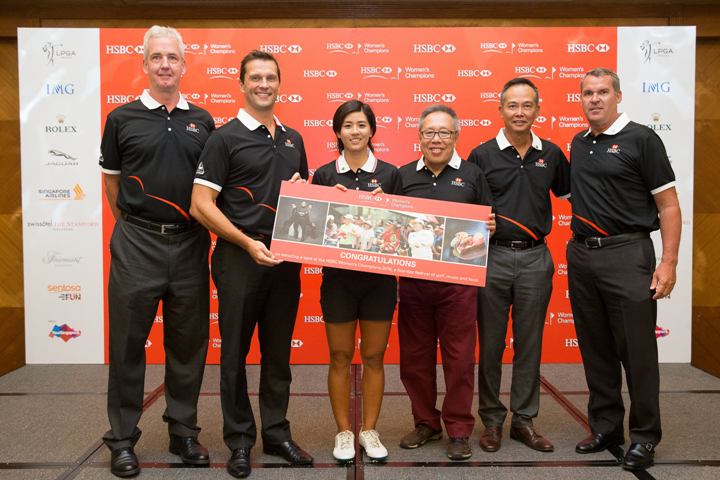 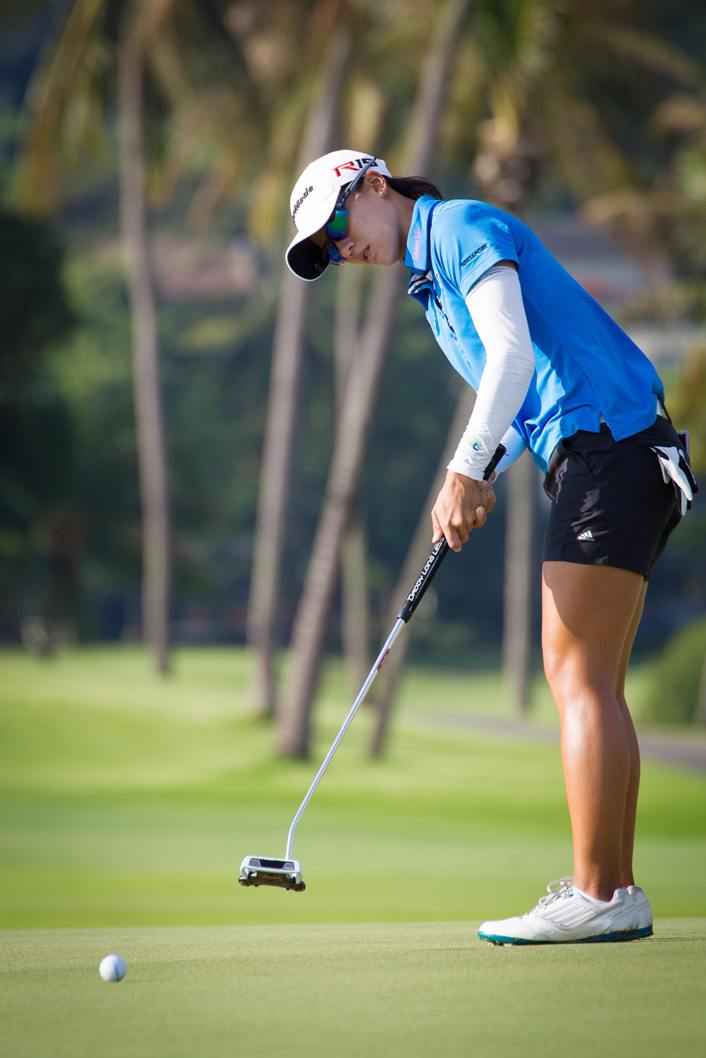 Koh Sock Hwee has secured a playing spot at the prestigious HSBC Women’s Champions 2016 following her two-shot win at the event’s Host Country Qualifying Tournament, which was played over 36 holes at Sentosa Golf Club (SGC).

The 26 year old maintained her composure in a tight finish to hold off the challenge of Amanda Tan who finished in second, and Ashley Loh, Amelia Yong and Elizabeth Ang, who all tied in third place. Koh saw her four shot overnight lead narrow to two shots, carding 78 on the par-72 Serapong Course. Tan, a qualifier in 2014, made up for a disappointing first round, shooting the low score of the day (76) among the 11 competitors.

“It is very exciting to get the chance again to play against the best players in the world at the HSBC Women’s Champions.I always get very nervous so I just want to enjoy the entire experience and take the good shots with the bad. It is a nice feeling to have the whole nation cheer you on while you play so I’m really looking forward to it.”

“Today I had a really bad start again, but I got a lot more relaxed after. This year was one of the years I played better. It is not the best, but it is one of the better qualifiers I’ve played. I’ll be back in Brisbane tomorrow, and will be playing for a few Australian events.”

“What a great performance by Sock Hwee. HSBC Women’s Champions has earned a reputation as one of the toughest tests in international golf and it’s a real achievement to be lining up alongside a world class field at a world class course at Sentosa. As a long term sponsor of the sport, we are committed to opening up the world of golf and the qualifying tournament is a great opportunity for Singapore’s finest to rub shoulders with the world’s golfing elite. With a new look and feel, HSBC Women’s Champions will be a four-day festival of world class golf, music and food, and we look forward to a wonderful week of sport and entertainment.”

“Sentosa Golf Club has been home to the HSBC Women’s Champions for the past three years, and the golfing action we have seen here over the last two days is testament to the growing local talent pool that we have in the game in Singapore. Sock Hwee is a well-deserved winner today and we are proud to play a part in the development of women’s golf here in Singapore. We look forward to seeing her compete on the Serapong Course in March.”

The ninth edition of HSBC Women’s Champions continues to attract the best in women’s golf with world number two and defending champion Inbee Park, world number one Lydia Ko and 2014 champion Paula Creamer already confirmed to return to compete for a share of the US$1.5 million prize purse.

The tournament will once again be contested over 72 holes of stroke-play on SGC’s Serapong Course, which has just been ranked among the World’s 100 Greatest Golf Courses by an internationally renowned golf publication, entering the table at 58th place, and marking the first time a Singapore course has featured in the prestigious rankings.