Home 2022 Solo gets thumbs up from APSF 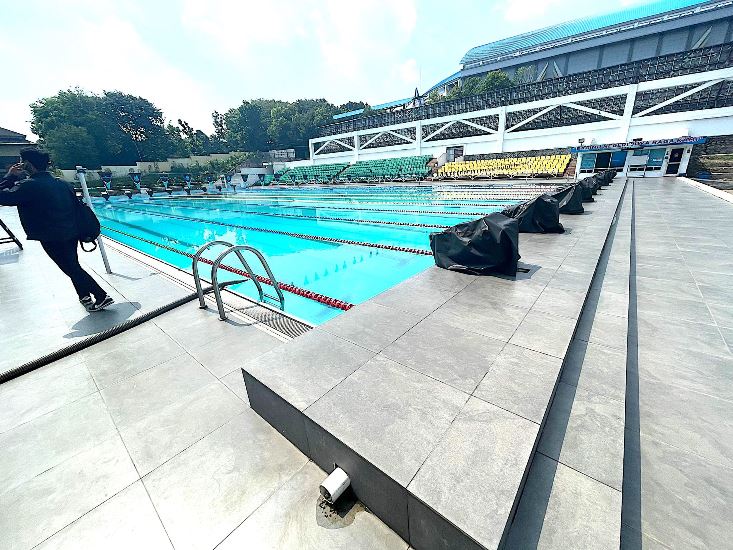 THE 2nd APSF-INASPOC-NPC Indonesia Coordination Committee (Co-Comm) meeting, held to finalise organisational details for the 11th ASEAN Para Games 2022, concluded successfully in Solo on Sunday (19 June) with the Games preparation expected to be doubly intensified following the issuance of the Presidential Decree to the Local Organising Committee, INASPOC.

The 11th ASEAN Para Games Solo Games 2022 is scheduled from 30 July to 6 August in Solo and three other districts, namely, Karaganyar, Sukoharjo and Semarang. A total of 14 sports and more than 900 events have been lined up in the region’s biggest multi-sports extravaganza.

The Solo Games 2022 will be the first held since the 2017 Games in Kuala Lumpur. The previous two host cities – Manila 2019 and Hanoi 2021 – withdrew their hosting job following the Covid-19 pandemic.

APSF Secretary-General Senior Colonel Dr. Wandee Tosuwan expressed confidence that upgrading works at all venues including the new Jatidiri Swimming Complex in Semarang will be fully completed before Games opening on July 30.

“We had a fruitful Co-Comm and positive engagement with INASPOC host Solo City as well as the relevant stakeholders of the Games.

“Following the issuance of the much-awaited Presidential Decree on 17 June, INASPOC is now in better position to carry out organisational tasks efficiently including cooperation with 14 ministries and other related government agencies. Pressing matters such as venue upgrades, accessibilities and safety of venues are being urgently looked into now,” said Col. Dr Wandee, in a press conference following the conclusion of the APSF-INASPOC.

The challenges of having a Games with a pandemic still looming were also highlighted with specific measures including adopting a “bubble-concept” Games being considered to ensure adherence to Covid-19 health protocol and safety.

Col. Wandee thanked INASPOC and Solo City Mayor, Gibran Rakabuming Raka for their tireless efforts in preparing for the Games despite the many challenges faced including the pandemic and time factor. “Strong representation from the related government agencies and the participation of some 80 representatives from INASPOC in various functional areas such as sports, technical, competition venues, accommodation, media, protocol and events, accreditations, NPC relations, marketing, Anti-Doping, IT, broadcast and other matters are proof of APSF-INASPOC close working relationship in ensuring smooth delivery of the Games,” she said.

Col. Wandee added that seven APSF-appointed Technical Delegates to Solo Games 2022 were satisfied with the condition and refurbishing works being conducted at several venues after their two-day inspection of competition venues.

APSF and INASPOC will be conducting the Chefs de Mission (CDM) Seminar,  the final Coordination Committee meeting as well as the Pre-Delegation Registration exercise from June 30-July 4 in Solo.

“It will be the final meeting before the opening of the Games on July 30, where CDMs from participating nations will be thoroughly briefed on all aspects of the Games organisation. The second batch of TDs will also be doing their checks on the remaining venues,” said Col. Wandee.