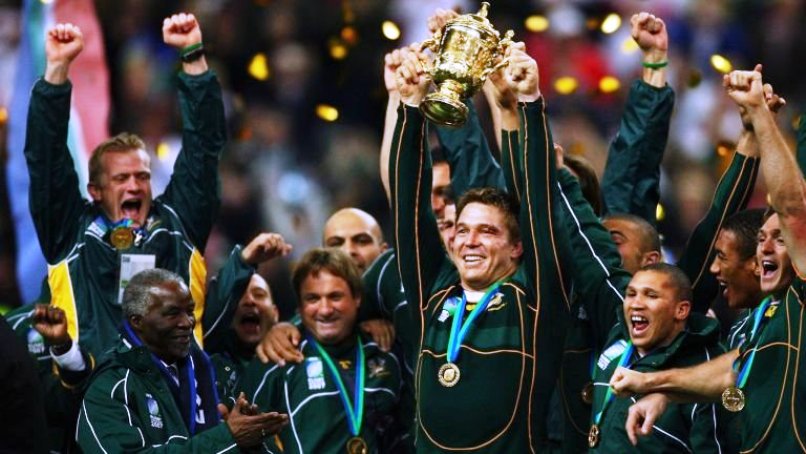 South Africa — who won the trophy when they previously hosted the global showpiece in 1995 — will contest the race with Ireland, Italy and France.

France hosted the World Cup in 2007 — South Africa winning the title for the second time — whilst Ireland hosted games in the 1991 edition.

South Africa Rugby are seeking to host the event despite a government ban on them staging international events since early this year because they failed to meet two of 13 racial transformation targets.

“We are confident that the suspension will be lifted at the next reporting of the EPG (Eminent Persons’ Group which evaluates racial transformation insport),” said SAR chief executive Jurie Roux.

Rugby was not alone in being banned for bidding for events as cricket, netball and athletics also failed their criteria.

Chief among the successes at the 2015 renewal were Japan who beat South Africa in a stunning upset, a timely victory given they host the 2019 World Cup.

“We are delighted by the strong level of serious interest from unions and governments, which truly underscores the enormous hosting appeal of Rugby World Cup as a low-investment, low-risk, high-return economic, social and sporting driver,” said Beaumont.

“Great events are built on strong partnerships and this process represents a major milestone in the planning and preparation phase for unions and supporting government agencies who intend to bid for Rugby World Cup 2023.

“We welcome further dialogue with all parties as the process progresses to the candidate phase and we continue the process to confirm our next host,” added the 64-year-old former England captain, who succeeded Frenchman Bernard Lapasset earlier this year.

The four candidates will be assessed to see if they meet the criteria laid out by World Rugby and any who don’t will learn their fate on November 1.

The winner will be named in November 2017. – Agence France-Presse