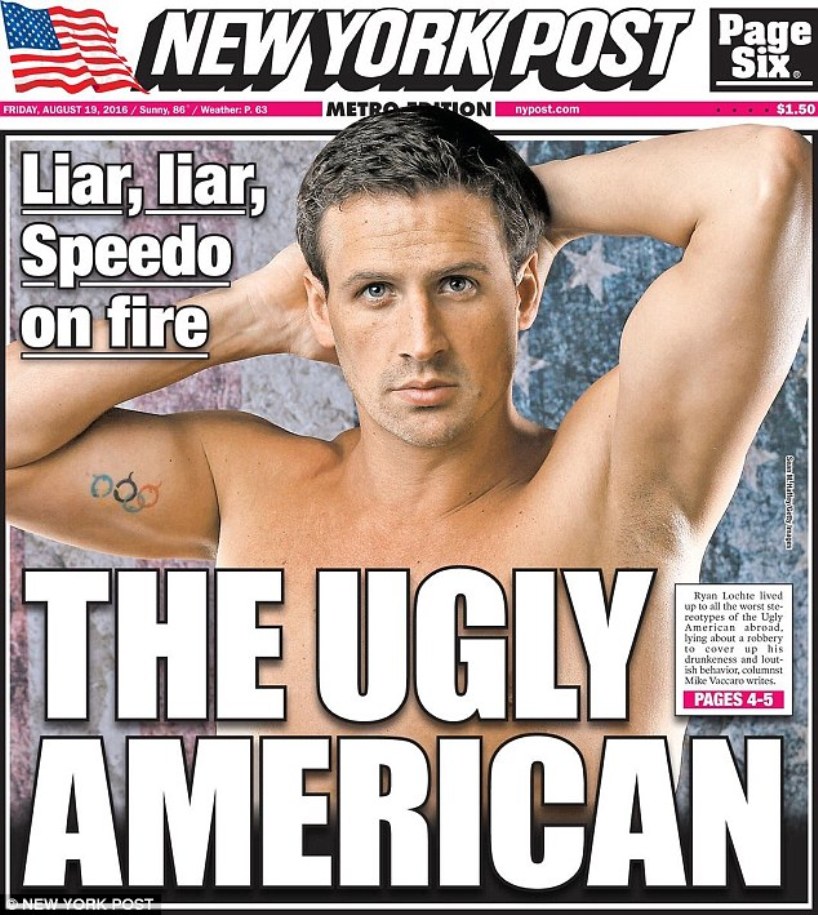 Speedo USA announced Monday it has ended its sponsorship of embattled star Olympic swimmer Ryan Lochte following his false claim that he had been robbed at gunpoint in Rio, a story he later admitted was “overexaggerated.”

Indeed the global swimwear brand will donate $50,000 of Lochte’s fees to Save the Children, to go towards helping Brazilian children.

“Speedo USA today announces the decision to end its sponsorship of Ryan Lochte,” the company said in a statement.

“While we have enjoyed a winning relationship with Ryan for over a decade and he has been an important member of the Speedo team, we cannot condone behavior that is counter to the values this brand has long stood for,” it said.

“We appreciate his many achievements and hope he moves forward and learns from this experience,” Speedo USA said of Lochte, who has won a total of 12 medals in Olympic competition during his career, six of them gold.

Lochte, 32, claimed he and three of his teammates — all gold medal winners in Rio — were mugged by robbers pretending to be police after a night out.

But he quickly found himself embroiled in controversy when police said his account was untrue, and that in fact the group had been detained over the vandalization of a gas station bathroom — apparently led by a drunken Lochte.

Lochte later admitted he had “left details out” and “overexaggerated some parts of the story” — a major embarrassment for Team USA, an Olympic swimming powerhouse.

He also admitted he was still intoxicated when he gave his initial account of the incident, adding: “I let my team down.”

Following the incident, Lochte flew back to the United States, while the other three — Gunnar Bentz, Jack Conger and Jimmy Feigen — stayed in Brazil.

On Thursday, police released closed-circuit TV footage and other evidence about the events at the gas station.

The athletes, who appeared intoxicated, stopped in a taxi at the gas station to use the bathroom during the early hours of the morning.

Lochte and the others then vandalized the area near the bathroom and, according to the manager, urinated on the walls.

Confronted by a security guard, they tried to leave. When the confrontation escalated, the security guard took out his pistol and made them sit on the ground.

After paying about $50 in compensation for the damage to the station, they left unharmed and returned to the athletes’ Village.

“There was no robbery of the kind reported by the athletes,” the head of Rio’s civil police, Fernando Veloso, told a press conference.