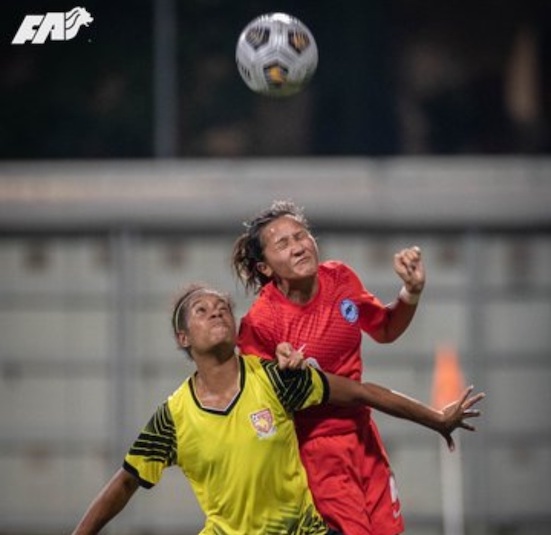 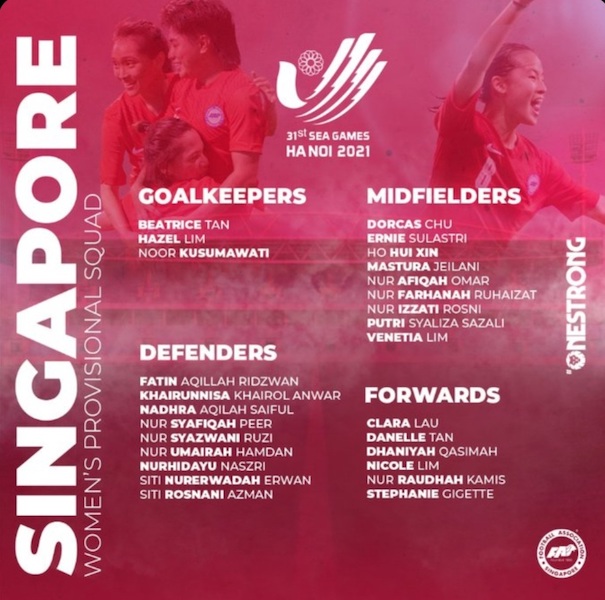 Overseas-based players Siti Rosnani Azman and Nicole Lim have been added to the Lionesses side, who recently ended the Football Association of Singapore (FAS) Tri-Nations Series 2022 (Women’s) with a 6-2 win over Seychelles and a narrow 1-0 loss to Papua New Guinea.

Forward Lim was part of the Asian Football Confederation (AFC) Women’s Asian Cup qualifying campaign last September. The 20-year-old made her debut then and moved to Scotland after to study at the University of Edinburgh.

As part of their SEA Games preparations, the Lionesses will embark on an eight-day overseas training camp in Chonburi, Thailand starting on 20 April 2022. Three friendly matches with Thai clubs have been lined up for Coach Ng to further fine-tune the squad’s preparation for the biennial competition.

Coach Ng said: “We are fortunate to have arrangements to go to Thailand for more match practice after the recent international friendly matches. With three more matches under their belt, they will gain more match exposure to play at higher intensities while providing them with the opportunity to continue to work on their match fitness and speed of play as we prepare for their Group B matches against Thailand, Myanmar, and Laos.”

Twenty-five players will be available for the training camp before Coach Ng makes the call for the final 20-strong squad upon the completion of the training trip. London-based forward Danelle Tan and Rosnani will link up with the final squad directly in Vietnam after completing their school and club commitments.

The Lionesses are set to make an appearance at the SEA Games for the first time since 2003. The other editions they took part in were in 2001, 1995 and 1985, where they finished as runners-up.