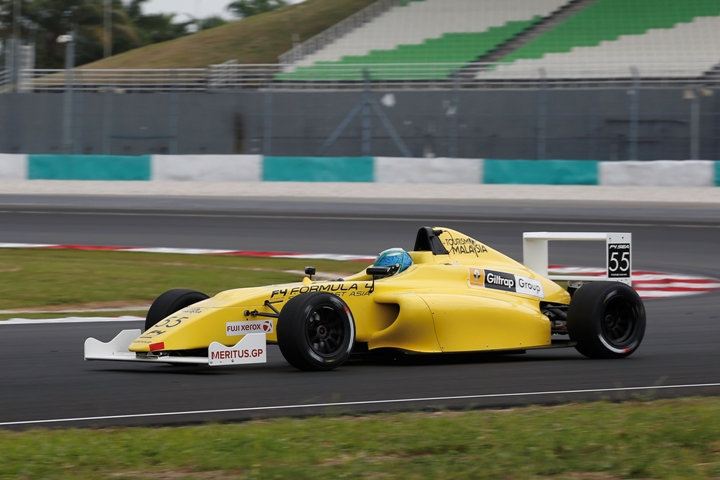 The FIA F4 global championship format arrives in Asia with the first successful F4 South East Asia driver’s collective tests at Sepang F1 track. A significant turning point for the development of Asian motorsport, the F4 SEA championship, certified by the FIA, will kick off with a six-race event on the 5-7th August at Sepang International Circuit.

F4SEA is a single-operator championship, with race services supplied exclusively by theMERITUS.GP team.  The tests saw engineers and technicians prepare and set up the newly-arrived FIA F4 homologated racecars, which were assembled in France by the team’s Malaysian technicians from the ground up, during 6 weeks intensive training with the chassis and engine partners.

The two test days on 29-30 June on the newly-resurfaced 5.543km Sepang F1 track focused on introducing the FIA F4 racecars to the 14 ‘rookie’ drivers. The drivers, graduating from AsiaCup and transitioning from karting, put on an impressive show with lap times almost 4 seconds quicker than those achieved in AsiaCup.  The best time posted was 2:11.8 but with a bit more development 2.9’s are possible.

Peter Thompson, Chairman Triple A: “We believe F4SEA is the most important development ever in the history of Asian motorsport and our plan is to pioneer an integrated Asian motorsport ecosystem, creating careers for both drivers and technicians and providing all the steps to F1 on an Asian motorsport ladder.”

Firhat Mokhzani, Managing Director Triple A: “We were very happy with the pace of the cars over the two days. Powered by a naturally-aspirated 4-cylinder 2000cc engine with 160bhp, these cars are more powerful than the AsiaCup cars we ran in the past. These successful collective tests prove that we have chosen the right (non turbo) engine and chassis combination.”

Sharli Mohd, F4SEA Head of Championship Operations: “This week was very important as we prepare for the championship season ahead.  We were keen to test all our systems and overall it has been a very productive session. I am especially proud of our three-year journey through AsiaCup which formed the basis of our technical training programme. Formula 4 South East Asia has provided me and theMERITUS.GP technicians with a fantastic opportunity to progress our skills.”

The new Formula 4 South East Asia Championship, certified by the FIA, is one of 12 worldwide championships in the FIA F4 global format. F4SEA is designed to develop Asia’s motorsport talent through a cost-effective programme and is the first step on the FIA’s streamlined ladder to developing professional careers in the sport.