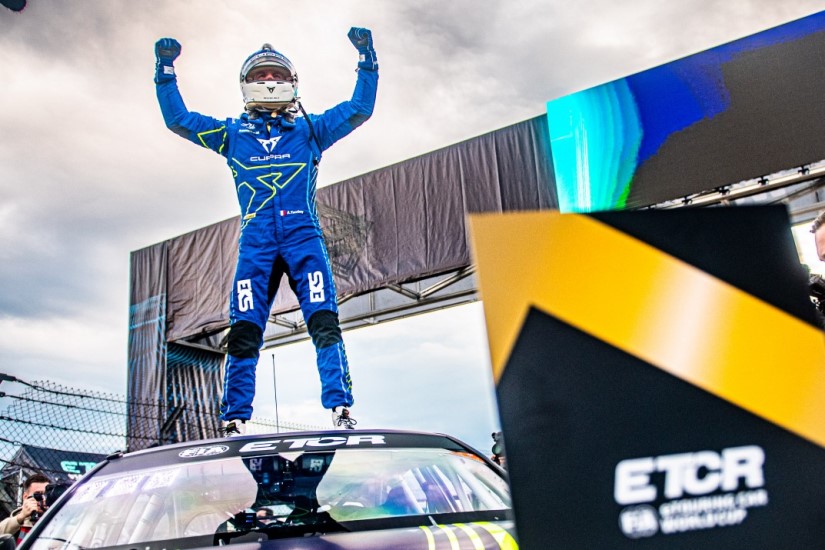 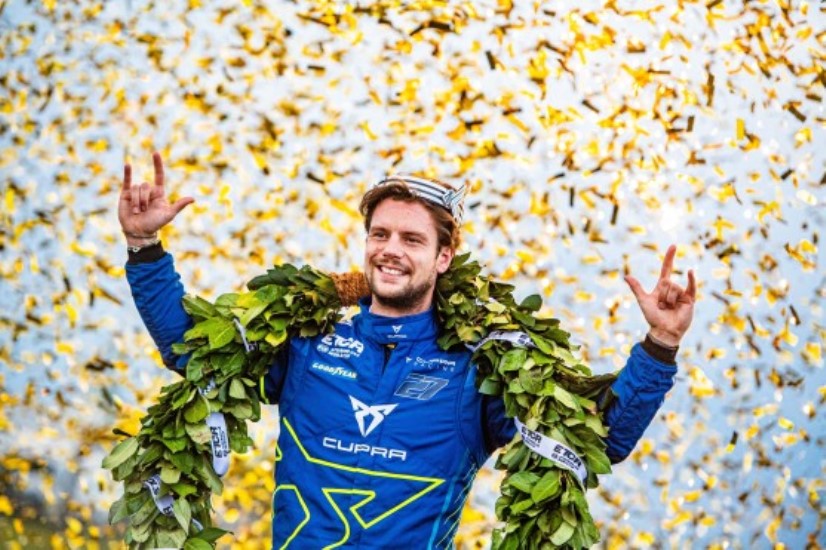 Adrien Tambay enjoyed a perfect weekend to confirm his status as the first-ever FIA ETCR eTouring Car World Cup title winner in Sachsenring for Race DE as his CUPRA EKS squad confirmed their status as the top team in 2022, with their drivers taking the top three spots in the Drivers’ standings.

Tambay had an unbeatable points tally heading into the final DHL Super Final of the day, and delivered with aplomb to take the final chequered flag of FIA ETCR in 2022 and be crowned King of the Season and was only denied the King of the Weekend crown by team-mate Tom Blomqvist setting a faster lap time in qualifying – the tie-break decider with the pair scoring the same points tally across an exciting weekend of racing at the superlative Saxony circuit.

The German venue, nestling in the epicentre of European electric car production, proved to be an epic backdrop for the season finale, with its rollercoaster nature lending itself to some boisterous battles with every driver having a smile on their face once they sampled its charms as FIA ETCR gained numerous new fans from the watching crowds.

Blomqvist’s perfect King of the Weekend score meant he moved into third in the overall King of the Season standings, with hitherto third-placed Hyundai Motorsport N’s Mikel Azcona having a weekend to forget after being disqualifed from qualifying for a technical infringement, then losing his Quarter Final win through a penalty, then not being able to fight in his DHL Super Final due to a technical issue with his Power Up deployment.

Winner of the previous iteration PURE ETCR title, Mattias Ekström finished second in the standings yet with a beaming smile as it was his squad on deployment duties for the first time this year for CUPRA EKS.

Today’s results confirmed a superlative season for CUPRA EKS, with Tambay heading team-mates Mattias Ekström and Tom Blomqvist in the top three of the season standings, and CUPRA EKS finishing top of the Manufacturer standings by 1076 points, with Hyundai Motorsport taking second place by just 14 points from Romeo Ferraris, 746 vs 732.

“Discovery Sport Events as a promoter is extremely proud about this first season of the FIA ETCR eTouring Car World Cup. FIA ETCR has delivered its message that electric cars can deliver pure racing and a spectacular show for fans as well as growing a new audience for our sport to pave the way for greater uptake of electromobility solutions. Sachsenring was the perfect background for this spectacular last round. We would like to thank CUPRA EKS, Hyundai Motorsport N and Romeo Ferraris as well as the FIA, WSC and all our stakeholders for their commitment and allowing the series to grow and move up a level. We are looking forward to coming back stronger in 2023.”

Blomqvist takes first FIA ETCR DHL Super Final win for King of the Weekend Crown
Tom Blomqvist’s super Sachsenring weekend came to fruition with the win in the Pool FAST DHL Super Final meaning he is unbeatable in the Race DE King of the Weekend standings. The CUPRA EKS driver secured maximum points through his heats and although this points tally can still be matched by his team-mate Adrien Tambay, a faster qualifying time for Blomqvist means he would win the tie-breaker.

Super Sachsenring Semis for FURIOUS Tambay and Azcona in FIA ETCR finale
Pool FURIOUS drivers Adrian Tambay and Mikel Azcona had glorious starts to their Sundays in Sachsenring for the final day of the 2022 FIA ETCR eTouring Car World Cup with a win apiece in their respective Pool FURIOUS Semi Finals as the temperatures increased at the superb Saxony circuit.