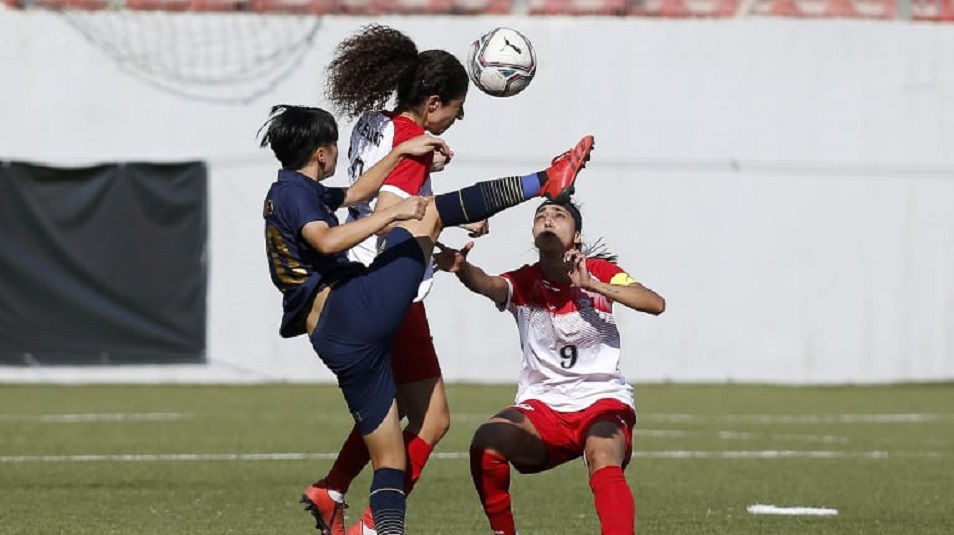 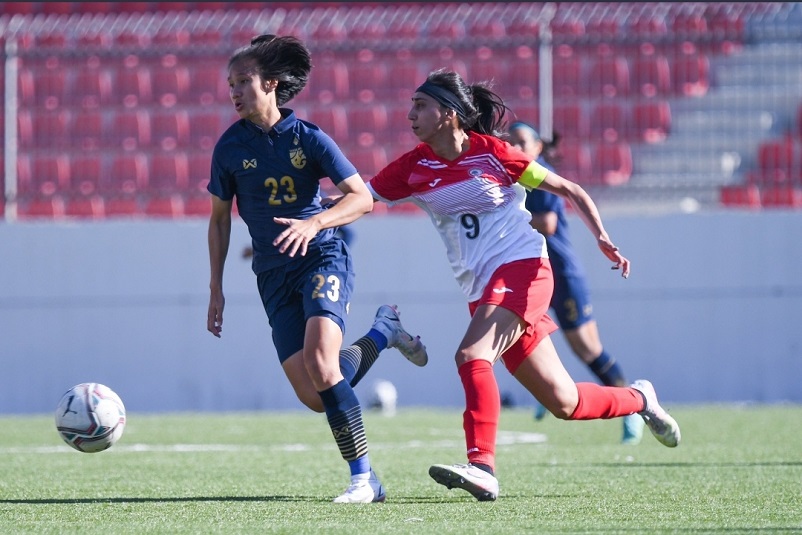 Thailand crushed hosts Palestine 7-0 last night at the Faisal Al-Husseini International Stadium in Al-Ram to confirm their spot in the 2022 AFC Women’s Asian Cup in India.

It will be Thailand’s 17th appearance at the continental championship which will also be used as the qualifiers for the FIFA Women’s World Cup in 2023.

After having beaten Malaysia 4-0 in their only other tie in Group H earlier, the Thais were full of confidence even though it took them until the closing stages of the first half before they were able to get onto the scoresheet.

Warunee Phetwiset curled in a cross for Janista Jinantuya to finish from close as Silawan Intamee then struck in the second goal moments later for Thailand to take a 2-0 lead at the half.

A five-minute blitz saw Thailand coasting to a 4-0 advantage off a brace from Irravadee Makris (47th and 52nd minute) as Silawan then grabbed her second and the team’s fifth with a 76th minute strike.

Irravadee then completed her hat-trick in the 82nd minute before Janista then rounded things off for Thailand’s seventh goal right at the end.