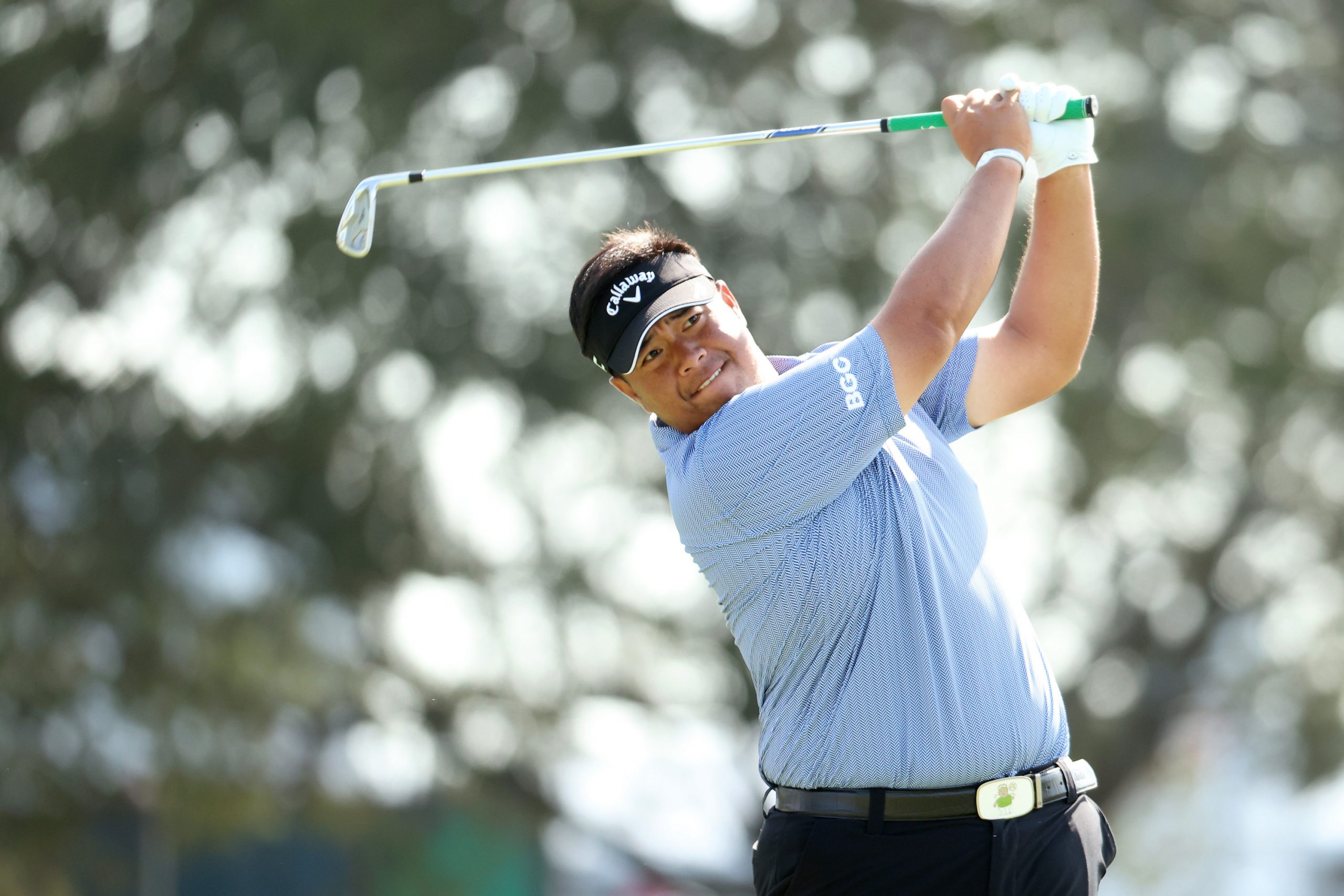 Thailand’s Kiradech Aphibarnrat shot his lowest score in nearly two years with a 4-under 67 pushing him into a share of seventh place after the first round of the Palmetto Championship at Congaree on Thursday.

The 32-year Asian star wielded a hot putter at the highly-acclaimed Congaree Golf Club, snaring six birdies against two bogeys, to feature in the top-10 of a PGA TOUR leaderboard for the first time since last November’s Bermuda Championship.

It was a welcome return to form for Kiradech who has made only three cuts all season, leaving him in danger of missing the FedExCup Playoffs and losing his TOUR card.

But with swing coach Mike Walker with him this week, the burly Thai found form as he hit 12 fairways and 13 greens in regulation and ranked sixth in Strokes Gained: Putting.

After opening with two birdies, Kiradech holed putts of 22 feet on the fifth and a couple of 16-footers on the 11th and 16th holes to end the day three back of first round leader Wes Roach. World No. 1 and reigning FedExCup champion Dustin Johnson is amongst those lying a stroke back.

“Today is a good day, definitely a good start with those two opening birdies and it’s even better that I can play some good golf again. Everything worked pretty well and I managed to make a few birdies out there,” said Kiradech, who last shot a 67 at the 2019 THE NORTHERN TRUST.

As the first Thai to hold a full card on the PGA TOUR, he is anxious to snap a lean spell which stretches back to mid-2019 and the recent success of close friend Ariya Jutanugarn who ended her three-year winless run on the LPGA Tour has inspired him. A four-time winner on the European Tour, Kiradech has not won in over three years as well and believes he can break through on the PGA TOUR.

“It’s quite a challenging golf course and the fairways and greens are in good shape. I must try to continue building on this and continue to work even harder. If I can do that, I will create opportunities for myself and hopefully this week can go well for me,” he said.

Korea’s Byeong Hun An made five birdies against a lone bogey for also a 67 to join Kiradech in the top-10. Ranked 162nd on the FedExCup points list, An is aiming to qualify for a fifth successive appearance in the Playoffs in August.

India’s Anirban Lahiri, Satoshi Kodaira of Japan and Chinese Taipei’s C.T. Pan carded matching 69s to be amongst those in a share of 31st position.