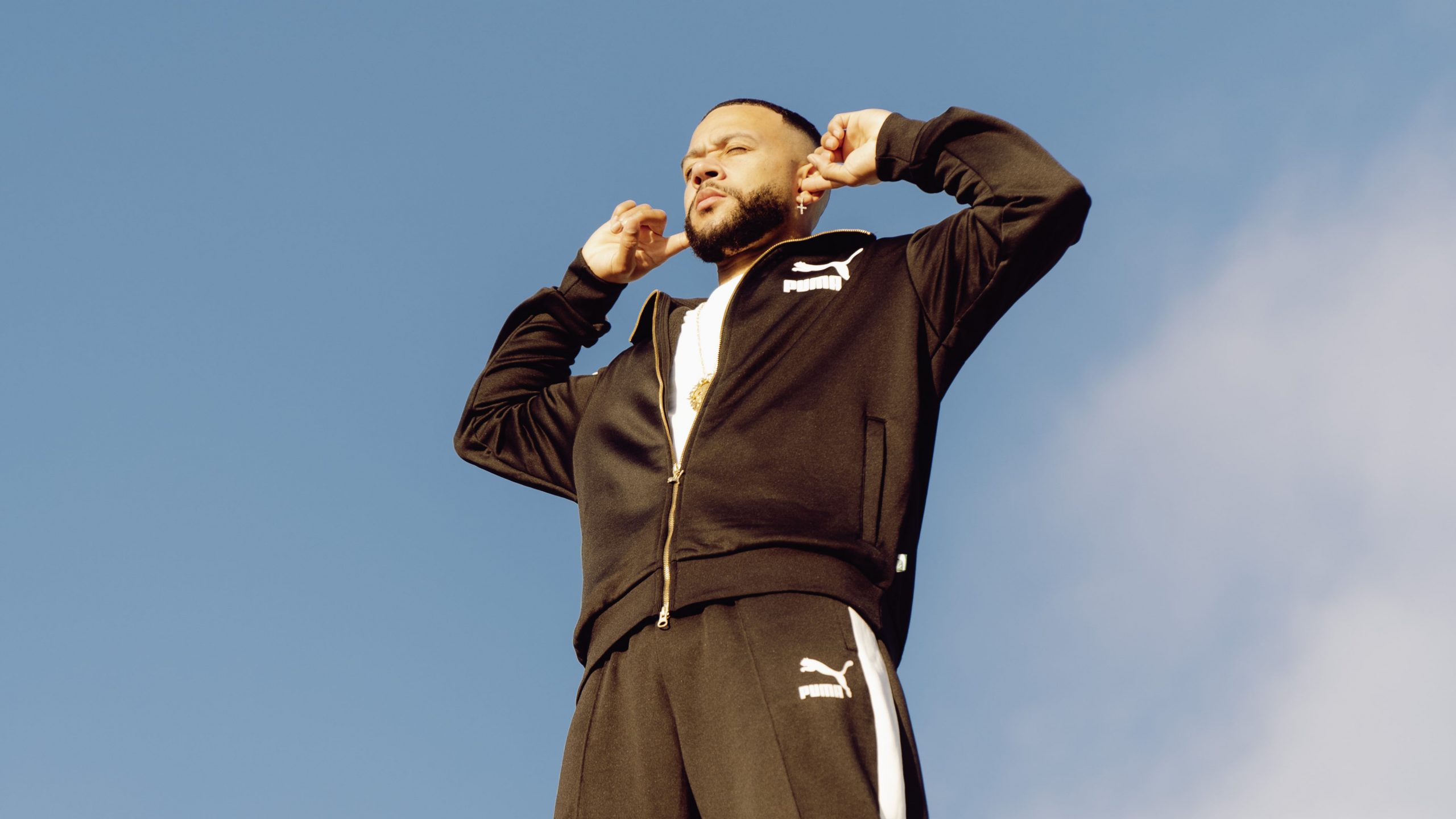 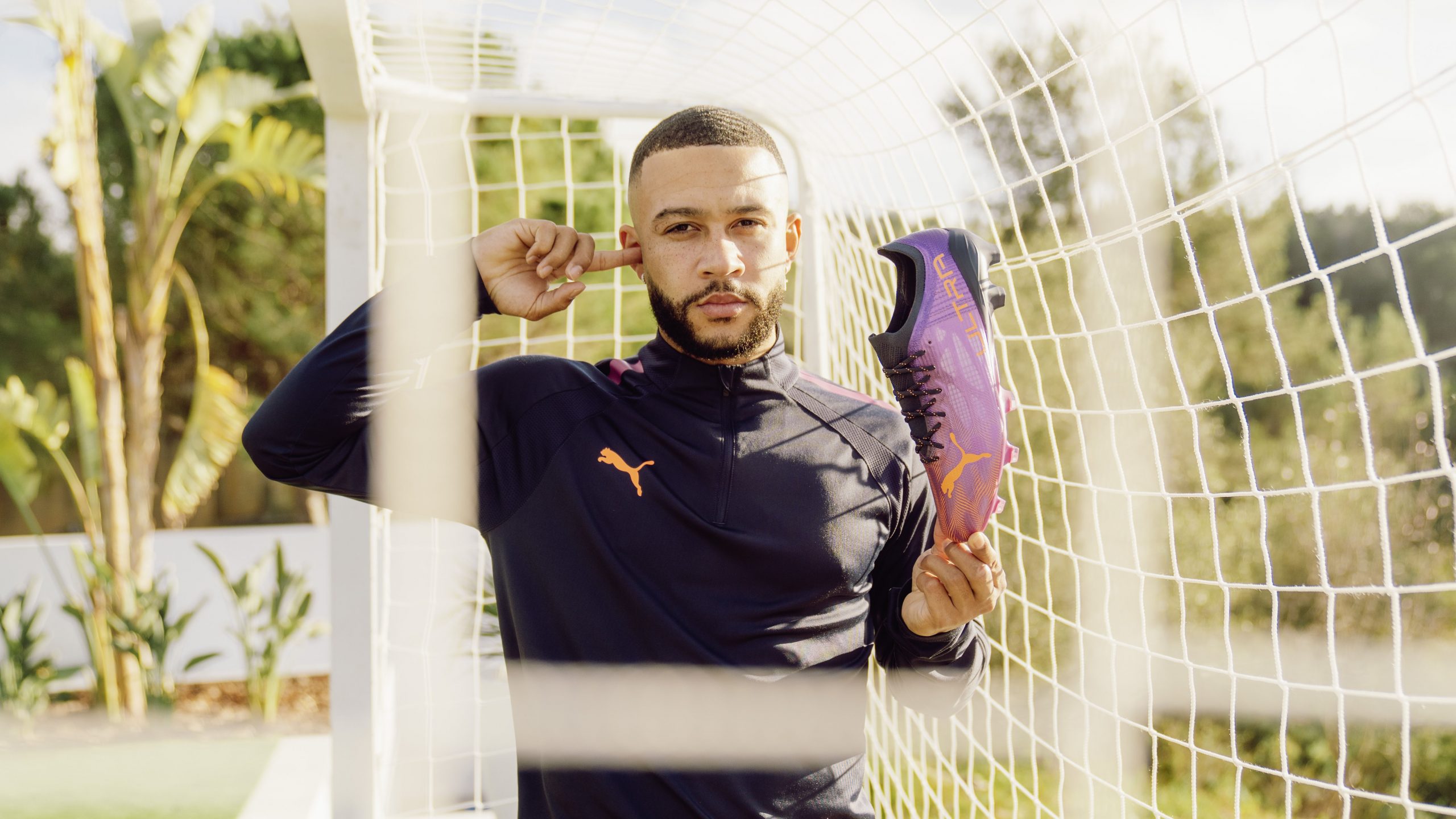 Global sports company PUMA has today unveiled the Netherlands and FC Barcelona superstar Memphis Depay as a new global ambassador for the brand in a long-term partnership. The major new signing adds to PUMA’s impressive roster with Memphis becoming one of the new faces of PUMA’s speed boot silo – the ULTRA.

The new partnership will see PUMA collaborate with Memphis across his many passions. Not only is Memphis a star on the pitch, but he is also a creative at heart off the pitch. PUMA plans to work with Memphis on both football and lifestyle projects that tap into his love of music, fashion, art and community outreach.

“To me this is a perfect match, PUMA shares my passion and vision for my future, and I cannot wait for people to see what we have planned. I want to inspire people from all walks of life and continue the work of my foundation, which aligns naturally with PUMA’s existing REFORM platform,” said Memphis Depay.

“PUMA has a history of high-quality and innovation having worked with some of the most iconic football players in history. Like me, those icons were brave to be different, it’s in my DNA. We are going to take things to the next level.”

The partnership will combine influences from sport and culture to create unique products, starting with the launch of Memphis’ very own PUMA collection later in 2022.

PUMA will develop co-produced fashion product with Memphis through his luxury sub-label BADTTW (‘Blind and Deaf to the World’).

A recent new addition to the Memphis Depay clothing brand. The brand motto perfectly reflects his attitude of being blind and deaf to the outside noise and negativity.

The project extends beyond just clothing and has given Memphis the platform to work with and inspire the next generation of youth around the world.

Memphis has many talents, evident with the release of his debut hip-hop freestyle “LA Vibes” in 2017, followed by the launch of his debut album ‘Heavy Stepper’ in 2020. Memphis’ cultural influence opens the doors to endless cross-collaborative opportunities that connect to wider football culture with a Forever Faster mentality.

“We believe Memphis is a generational talent. He is widely recognized as one of football’s top stars in and outside of the game,” said Johan Adamsson, Global Director of Sports Marketing and Sports Licensing at PUMA. “

Fast on and fast off the pitch, Memphis perfectly reflects PUMA’s Faster Football movement. Taking risks and defying convention to shape football culture on and off the pitch, breaking down barriers and driving positive change not only in football but in the community through his various initiatives with a fearless attitude.”

PUMA has always partnered with true individuals. Names synonymous with moments that live beyond the game. Football is more than a game, football is culture. PUMA’s partnership with Memphis will transcend the football pitch and together be a pace setter of speed and style on and off the pitch.

Memphis is trailblazer of the new wave. He is a fearsome striker of the ball, has electrifying speed and has elite-level technical ability. He is a leader of the next generation with his off-pitch style, larger than life personality and relentless drive. Together will PUMA, Memphis looks to write the next chapter in his exciting career.