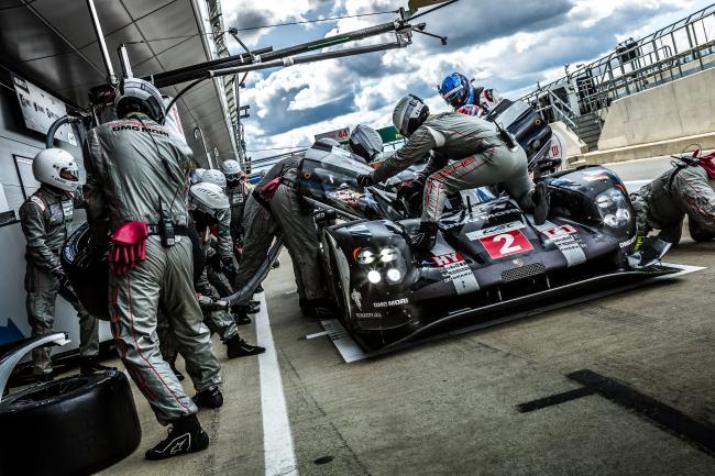 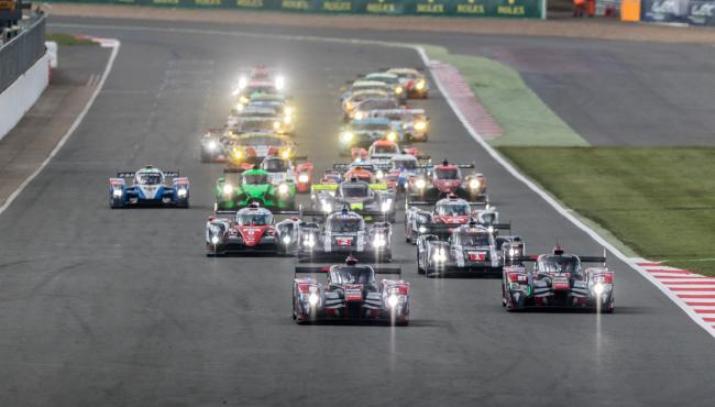 The iconic and beautifully scenic Spa-Francorchamps circuit is one that everyone within the WEC paddock looks forward to visiting.  It is a firm favourite of teams and drivers, it warmly welcomes many thousands of passionate, multi-national endurance racing fans each year, and is the venue for the competitors’ traditional final rehearsal for the third round of the WEC, the 24 Hours of Le Mans…and all on a holiday weekend in Belgium!

The 2016 WEC 6 Hours of Spa-Francorchamps will take place on Saturday 7th May, with practice and qualifying sessions being run on the two days prior to the big event.  There is a full programme of family-friendly entertainment lined up for spectators, both on and off the track, and a full grid of no fewer than 34 cars across the four categories (full ENTRY LIST HERE).

Audi Sport Team Joest will be keen to redress the points’ balance with Porsche following the 6 Hours of Silverstone, and the nature of the fast, sweeping 7km track has always encouraged tight battles between all classes and particularly among the high-tech, super-sophisticated LMP1 entries.  Audi’s André Lotterer grew up in Belgium and will be the undoubted crowd favourite.

The field includes manufacturer entries from Audi, Porsche (LMP1 and GTE), Toyota, Aston Martin, Ferrari and Ford.  Thirteen countries are represented by some of the most successful and storied names in motorsport, and with more entries, more high profile names, more global interest, the WEC is the motor sport championship that everyone is talking about.

The all-new LMP1 hybrid challengers from Audi and Toyota, and the heavily revised Porsche, showed at Silverstone that the season-long battles between them have begun and that the heat will undoubtedly be turned up at Spa.  Before a late-race puncture for the No.2 Porsche in Britain the battle to the chequered flag was shaping up to be intense, and more of the same can be anticipated.  Toyota has now gathered much more data on the TS050 HYBRID, and the Japanese team will be in looking for more podium success.

There is stability among the driver line ups, the speed is unquestioned, but the strategy for the teams may be a little different this year; in 2016, both Audi and Porsche have decided not to enter a third car for the races at Spa and Le Mans, and this could affect how they approach their set up programmes for the practice sessions, and their race strategy itself.

The contribution of LMP1 Privateers Rebellion Racing and ByKolles Racing Team to the WEC grid is greatly valued, and the Silverstone classification showed the Swiss team celebrating its first overall podium finish for the Rebellion R-One.  Nelson Piquet Jr is just one famous name on the grid, joining a Prost and a Senna among others.

The 12 entries in the class includes an additional car from G-Drive Racing with ELMS 4 Hours of Silverstone winners Giedo Van Der Garde and Simon Dolan at the wheel.  They are joined for this event, and at Le Mans, by British driver Jake Dennis as their regular team mate, Harry Tincknell, is otherwise engaged (at Ford in LMGTE).

Five different chassis – ORECA 05, BR01, Ligier JS P2, Alpine A460 and Gibson 015S – will once again be going head-to-head with each other and lessons will have been learnt at Silverstone about new cars, new procedures and the level of competition.  All are Nissan-powered and on Dunlop rubber.

The teams represent countries as diverse as Russia, the USA, China, France, Great Britain and Mexico and there is a true mix of youth and experience among the 36 drivers in the category.  WEC newcomer RGR Sport by Morand will be hoping to continue with another victory, while Tequila Patrón ESM will be aiming for one step higher on the podium.  Signatech Alpine is sure to profit from some local support, as is its Chinese-entered sister Baxi DC Racing Alpine with the Dutch-domiciled Ho-Pin Tung among the driver line up.

Porsche (2012), Ferrari (2013/14) and Aston Martin Racing (2015) have all enjoyed success at the Spa-Francorchamps circuit and no quarter will be given in the battle from flag to flag.  Having successfully completed its first WEC event, Ford Chip Ganassi Team UK will surely be in the mix too, its team and drivers now much more assimilated into endurance racing’s premier championship.

Aston Martin Racing’s Jonny Adam returns to the WEC for the second round, but there are no further driver changes to the line-ups seen at Silverstone.

In the LMGTE Am category for cars which are one year old or more, the blue and orange liveried Gulf Racing Porsche is being put back together after its clash with its bigger LMP1 brother at Silverstone and will be on the grid in its sparkling best.

Silverstone race winners AF Corse will be planning on continuing in the same direction at Spa with the very experienced line up of Collard-Perrodo-Aguas, but their competitors from Larbre Competition (Chevrolet Corvette), KCMG, Gulf Racing and Abu-Dhabi Proton Racing (Porsche) and Aston Martin Racing will be doing all they can to beat the Italian team to the top step of the podium.

No race preparations for Spa would be complete without a careful look at the weather forecast and teams and seasoned fans arrive prepared for all eventualities.  Set deep in the Ardennes forest region of southern Belgium, there are often rain showers but that adds to the excitement and anticipation.  The WEC has experienced several warm, dry races but practice can be another matter!

The second round of the 2016 WEC season, the WEC 6 Hours of Spa-Francorchamps takes place from 14h30 on Saturday 7th May, finishing in the early hours of darkness at 20h30.  Fans will be able to follow the action from Thursday 5th April in person or via the FIA WEC App or on www.fiawec.com