Home News Others Thirty years of the 124 series: exemplary for aerodynamics, lightweight construction and... 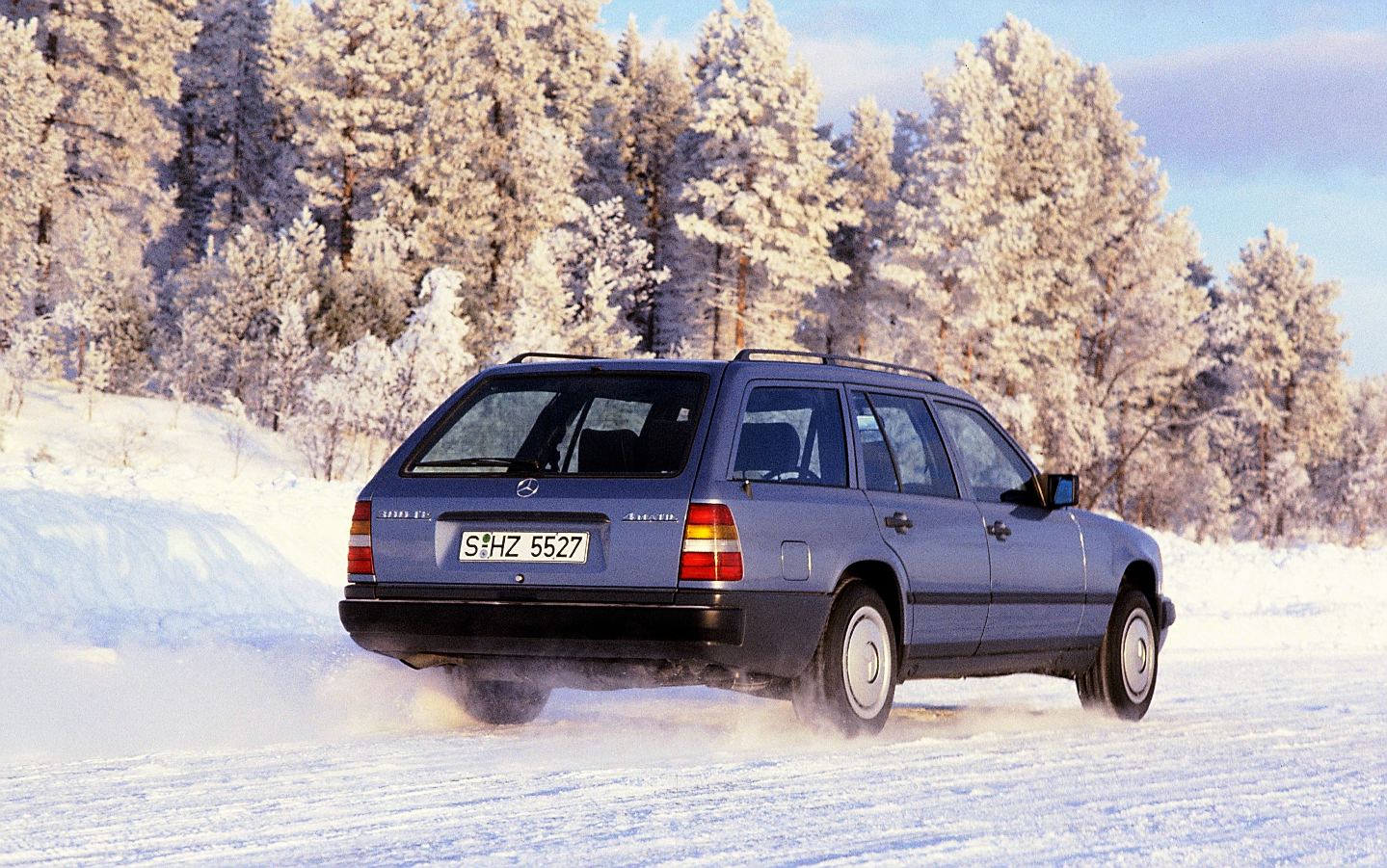 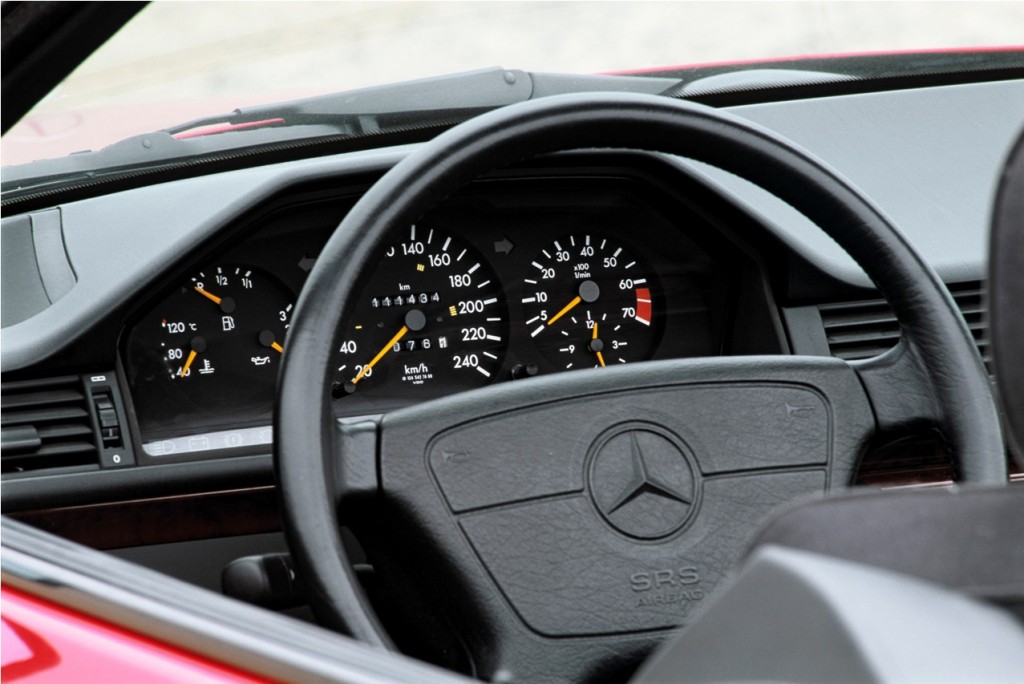 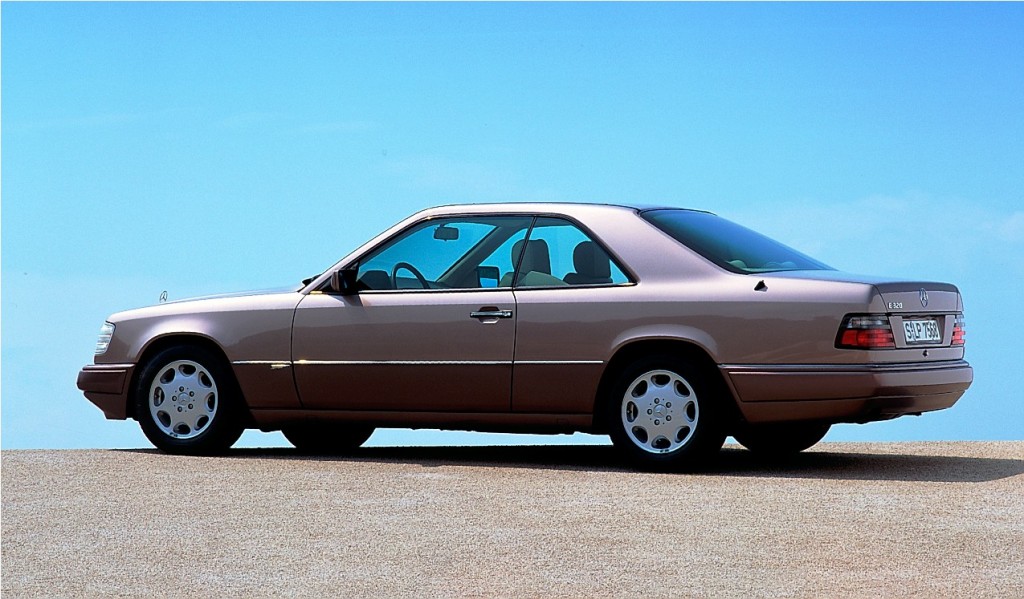 Four-valve technology in large-scale production
The three-litre six-cylinder engines with four-valve technology were already available for the Saloon, Coupé, and Estate from 1989, and the 300 CE-24 Convertible was also powered by this powerful petrol engine. In September 1992, the entire petrol engine range was thoroughly revised, and the four-cylinder units were now all equipped with four-valve technology.
As a world first, four-valve technology was also introduced in the five- and six-cylinder diesel models in 1993. The new technology not only ensured higher torque and output over a considerably wider engine speed range, but also reduced fuel consumption under full load by up to eight per cent. At the same time particulate emissions in the exhaust gas were reduced by around 30 per cent thanks to the improved combustion cycle.
Second facelift: from the medium class to the E-Class
A new nomenclature came into effect with the sales start of the model series 124 restyling facelift in June 1993. In line with the S-Class and the new C-Class, the medium class was now called the E-Class. This meant that the model designations now followed a modified system whereby a letter indicated the vehicle class. This was followed by a three-figure number based on the engine displacement as before. The previously added E indicating petrol engines with fuel injection was omitted, as there were no longer any carburettor engines in the model range. Moreover, there was no encoding of the body variants such as Coupé or Estate as these were obvious. In the diesel models the added lettering “Diesel” or “Turbodiesel” replaced the previous D.
Particular sportiness was exuded by the new E 60 AMG as the top model, which the Affalterbach-based performance brand offered with a six-litre variant of the M 119 V8 engine. The output of this muscle-car was 280 kW (381 hp) at 5,600 rpm. AMG also increased the output of the Coupé and Convertible: The E 36 AMG models with 200 kW (272 hp) at 5,750 rpm were likewise launched in 1993. They were equipped with a 3.6-litre engine based on the 3.2-litre M 104 power unit. In 1993, AMG models are indicated the vehicle class by a two-figure number based on the engine displacement.
Discontinuation after production of over 2.7 million units
Production of the 124-model series Saloon ceased in August 1995. The Estate continued to be produced until 1996, and Mercedes-Benz also produced CKD (completely knocked down) kits of the Saloon models E 250 Diesel and E 220 for assembly abroad until 1996. Production of the Convertible even continued until 1997.
During the production period of just over eleven years, 2,213,167 Saloons, 340,503 Estates, 141,498 Coupés, 33,952 Convertibles, 2342 long-wheelbase Saloons, and 6,398 chassis with semi-bodies for special conversions were produced in all: This makes a total of 2,737,860 units – over 40,000 more than the previous record holder, the preceding model series 123. Lovingly cared-for examples of the 124-model series are today among the most popular Mercedes-Benz young classics.
Did you already know?
On 10 October 1994 – i.e. exactly 20 years ago – the 10,000th Mercedes-Benz E 500 was delivered. The happy customer was former racing driver Hans Herrmann.