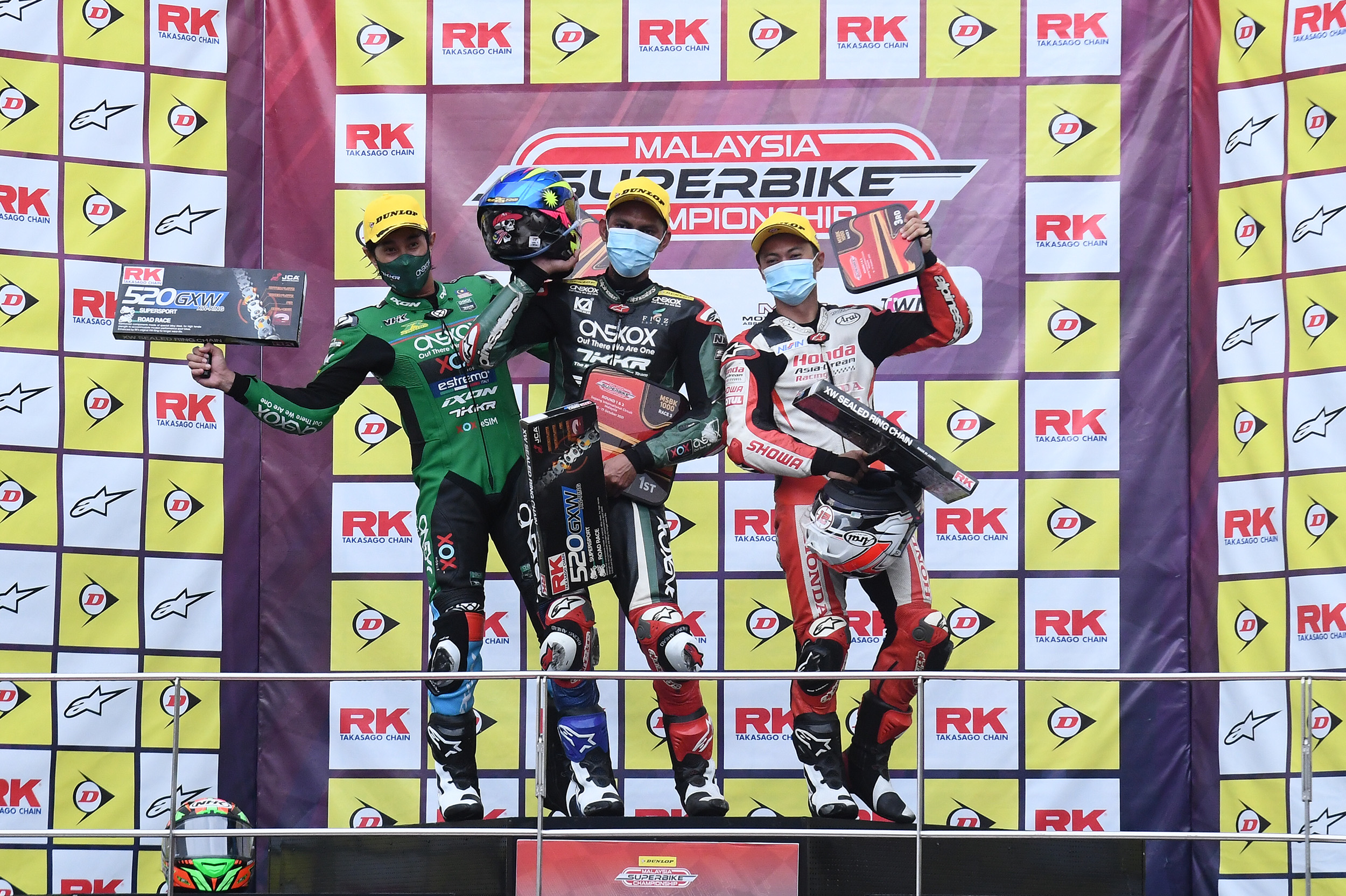 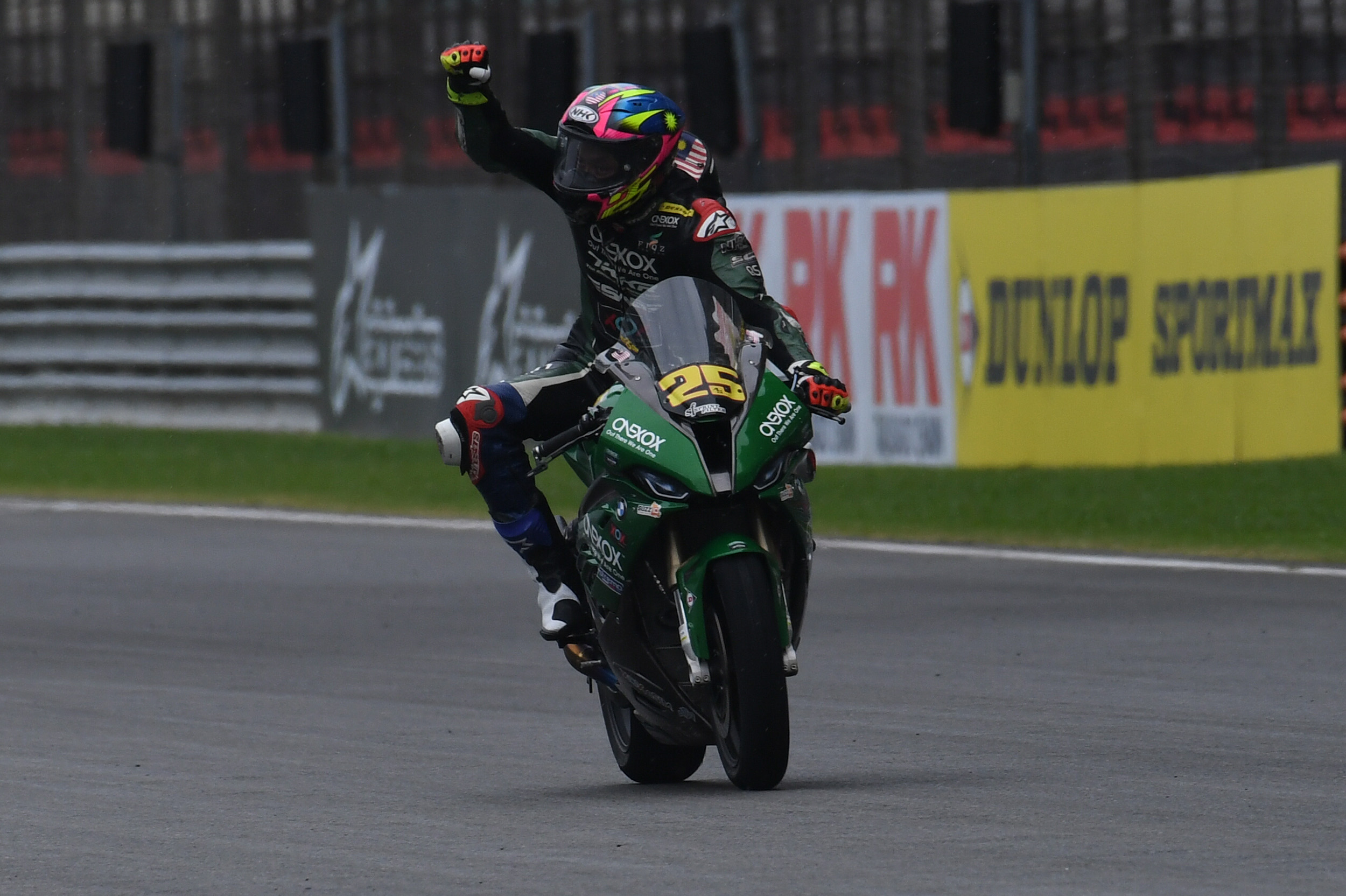 The MSBK 1000 category of the 2021 Malaysia Superbike Championship (MSBK) served up three different winners under three vastly different racing conditions over a single weekend of its season opener at the Sepang International Circuit.

Kasma Daniel Kasmayudin made an impressive debut when he won a blistering hot Race 1. Under rainy conditions for Race 2, Mohd Zaqhwan Zaidi emerged with the advantage. Race conditions were finally perfect in Race 3 and Azlan Shah Kamaruzaman finally got his bike settings just right for the race.

Race 3 flagged off with two aggressive youngsters in the lead – Kasma Daniel Kasmayuddin (Yamaha Racing Team ASEAN) and Ahmad Daniel Haiqal (MME Racing Team Malaysia). It was an impressive early showing between the two young riders, especially from Daniel Haiqal who carried the fight to Kasma and Azlan Shah Kamaruzaman.

As the three riders swapped leads around the Sepang International Circuit, an aggressive move by Kasma at Turn 6 on Lap 6 saw the Yamaha rider literally riding into Haiqal’s BMW. Both riders ended on the gravel. The incident ended Haiqal’s race, and caused the race stewards to disqualify Kasma due to his unruly conduct.

Without the two younger riders in the leading group, Azlan had an easier time maintaining his pace at the front of the race. After struggling for traction all weekend long, Azlan ended the MSBK season opener on a positive note when he won with a time of 24’18.716s.

“Our team really had a tough time setting up our bike for the race this weekend. It’s a brand new BMW S1000RR and I’ve only ridden it three times, including this weekend. Things finally clicked into place for Race 3 and I was able to get into rhythm,” said Azlan. 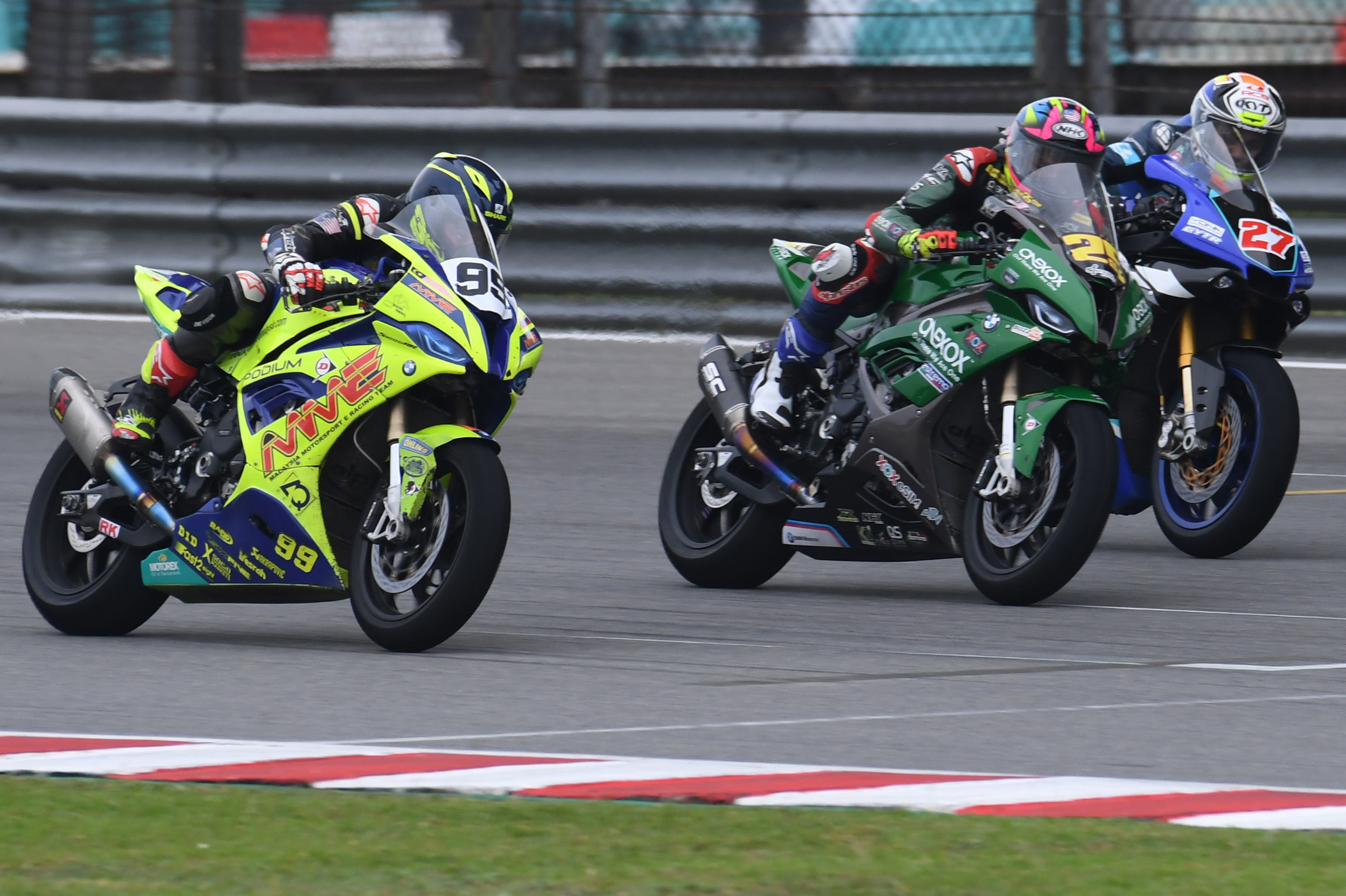 The change of weather did not do Zaqhwan Zaidi any favours. After an easy wet win in Race 2, the Boon Siew Honda Racing Team rider had a harder time making his stock standard CBR1000R SP2 go in Race 3. Zaqhwan had to content with P3, completing the race with 24’38.193s.

Azlan Shah currently leads the MSBK 1000 class with 58 points under his belt. Despite his disqualification from Race 3, Kasma still stands second overall on the standings with 45 points.

Meanwhile, Azroy Hakeem Anuar from the Boon Siew Honda Racing Team finally capped off a drama-filled weekend with a win in the MSBK 600 class. Over the course of the weekend, Azroy had developed an ongoing rivalry with SIC Racing’s Mohd Ibrahim Norrodin. The spectacular crashes from the two dueling riders had characterized the MSBK 600 class this weekend.

The two rivals finally managed to finish a race in Race 3. The relief among the team crew was palpable when Azroy finally crossed the finish line to grab his first 600cc victory of the season with 25’01.251s.

“I am really grateful for this opportunity. It has been a while since I have been on board the 600cc bike. After two crashes, this win is a real morale booster for me,” said Azroy.

Ibrahim Norrodin ended the race in second with 25’01.663s. Speaking from the podium, Ibrahim thanks and apologized to his team for the many crashes he suffered over the weekend.

Mohd Syarifuddin Azman finished third with 25’01.773s. Syarifuddin was the most successful and consistent rider of the weekend. The SIC Racing rider currently leads the MSBK 600 with 56 points after picking up a hattrick of podium finishes.

The most successful rider of the weekend was Mohd Izam Ikmal in the MSBK 250 class. The Boon Siew Honda Racing Team rider served up a hattrick of wins despite being relegated to start from the back of the grid.

MSBK 250 A STANDINGS AFTER ROUND 1