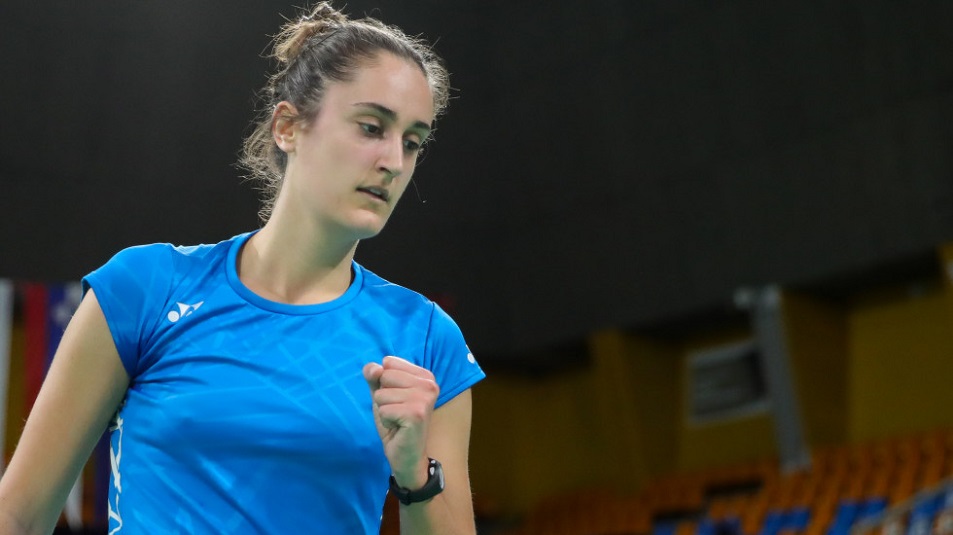 Spain’s Clara Azurmendi was in her bedroom at her San Sebastian home when she was first notified she would be competing at her maiden Olympic Games.

That happened just three weeks ago.

“I ran into the kitchen to tell my family the news. I live with my grandparents and parents, they were so excited,” exclaimed a delighted Azurmendi.

“My family has been a part of my journey and the decision to train in Madrid since I was 13 years old. They’ve made so many sacrifices and seen the hard work I’ve put in, so this is personal and a very special moment for all of us.”

The world No.37 secured her slot after BWF and the International Olympic Committee (IOC) confirmed official participants across all categories.

“It’s a feeling of immense happiness. I’ve worked really hard this year. And with the difficult year because of the pandemic, this has come as a present to me. This is huge.”

Azurmendi has been busy making her preparations to include “physical power”, because the “conditions in Tokyo will be much tougher”.

“I started working on some tactical things in my game, but the most important things are the mental and physical aspects,” said 23-year-old.

The women’s singles title at the Austrian Open as recent as May puts the San Sebastian native in good stead ahead of her first Olympic appearance.

“It was before the news about Tokyo. I felt very good playing and confident with my game. I feel good,” beamed the Spaniard. “My focus is on Tokyo. I’m ready to do my best.”

When compatriot and reigning Olympic champion Carolina Marin withdrew from Tokyo 2020 due to injury, Azurmedi took the hit hard too.

“I don’t just train with Carolina, she’s my friend too. I’m happy to see Carolina is on her way to recovery.

“Because it’s my first Olympics, Carolina told me to enjoy it, prepare well, focus on the training, keep that motivation up – not just for this month, but for the seasons that follow too.

“I want to do my best for me, for Carolina and for everyone in Spain,” Azurmendi promised.

Off the court, Azurmendi is a big reader and music lover.

“I read a lot during the lockdown. My family has a bookshop. I like all kinds of music – Spanish, the Red Hot Chili Peppers, rock and jazz. It’s a mix.”

In Japan, Azurmendi would be just one of two Spaniards – the other being men’s singles veteran Pablo Abian. Azurmendi will have seventh seed An Seyoung and Nigerian Dorcas Ajoke Adesokan for company in Group C. – olympics.bwfbadminton.com