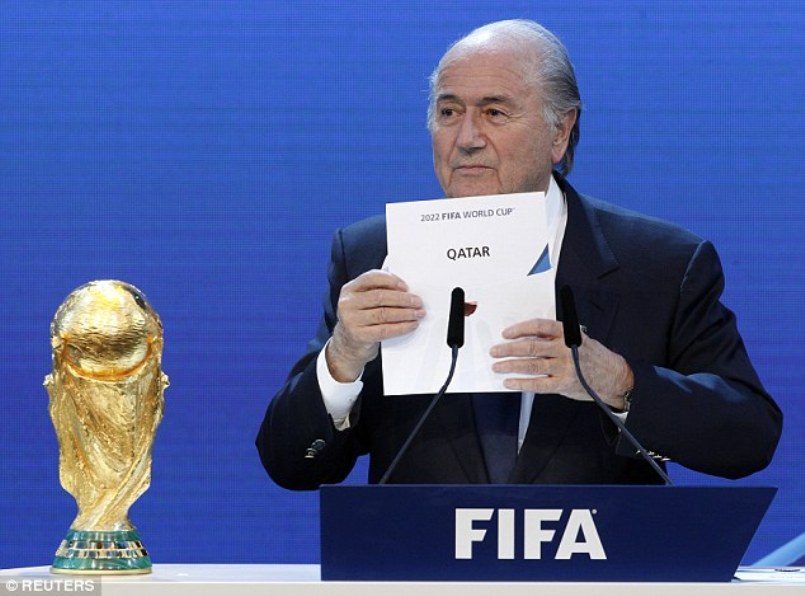 The results of a corruption probe over bidding for the 2018 and 2022 World Cup must be made public, a senior FIFA official who represents the game in Asia said on Wednesday.

“In the interest of full transparency I believe it is important that the much anticipated report on the ethics investigation — that is crucial to ensuring good governance at FIFA — is fully disclosed and open to the public,” Prince Ali Bin Al Hussein said in a statement emailed to AFP.

“This will only help the football community move ahead in reforming our institutions in the best interest of the sport,” he added.

Prince Ali is the vice-president of world football’s governing body FIFA, representing Asia, and also heads the national association of his native Jordan.

An ethics panel led by former US federal prosecutor Michael Garcia has notably been looking into the way Qatar won the right to host the 2022 World Cup. The Gulf state has faced corruption accusations but has strongly denied any wrongdoing.

The probe has also examined the process by which Russia won in its bid to host the 2018 World Cup.

In a break with FIFA tradition, the 2018 and 2022 tournaments were awarded at the same time, in 2010, leading to claims of horsetrading in the bidding process.

The 350-page Garcia report was handed to FIFA on September 5.

It summed up a year-long investigation that involved interviewing more than 75 witnesses and compiling a dossier with more than 200,000 pages and audio interviews.

FIFA announced that the report recommended action against “individuals” over the bids, and changes for future bidding campaigns, but has not given further details.

It is now up to FIFA’s adjudicatory chamber to decide on the future of the investigative report and whether it will be published.

In a statement, the chamber’s chairman Hans-Joachim Eckert said the Garcia report was currently being evaluated.

“It is likely that at the beginning of November, we will be able to give the first public statement of our position with regard to this general report,” Eckert said.

He explained that the goal was to verify whether the probe team had followed all the correct procedures and whether more detailed information was required in certain areas.

Eckert said that responsibility for deciding whether specific ethics proceedings should be opened lay with Garcia’s panel.

“If Michael Garcia and his deputy Cornel Borbely find that such individual proceedings are required, the matter will be formally referred to the adjudicatory chamber,” he said.

In the event that the chamber went on to initiate such proceedings, the final result of those would be made public, he added. – Agence France-Presse