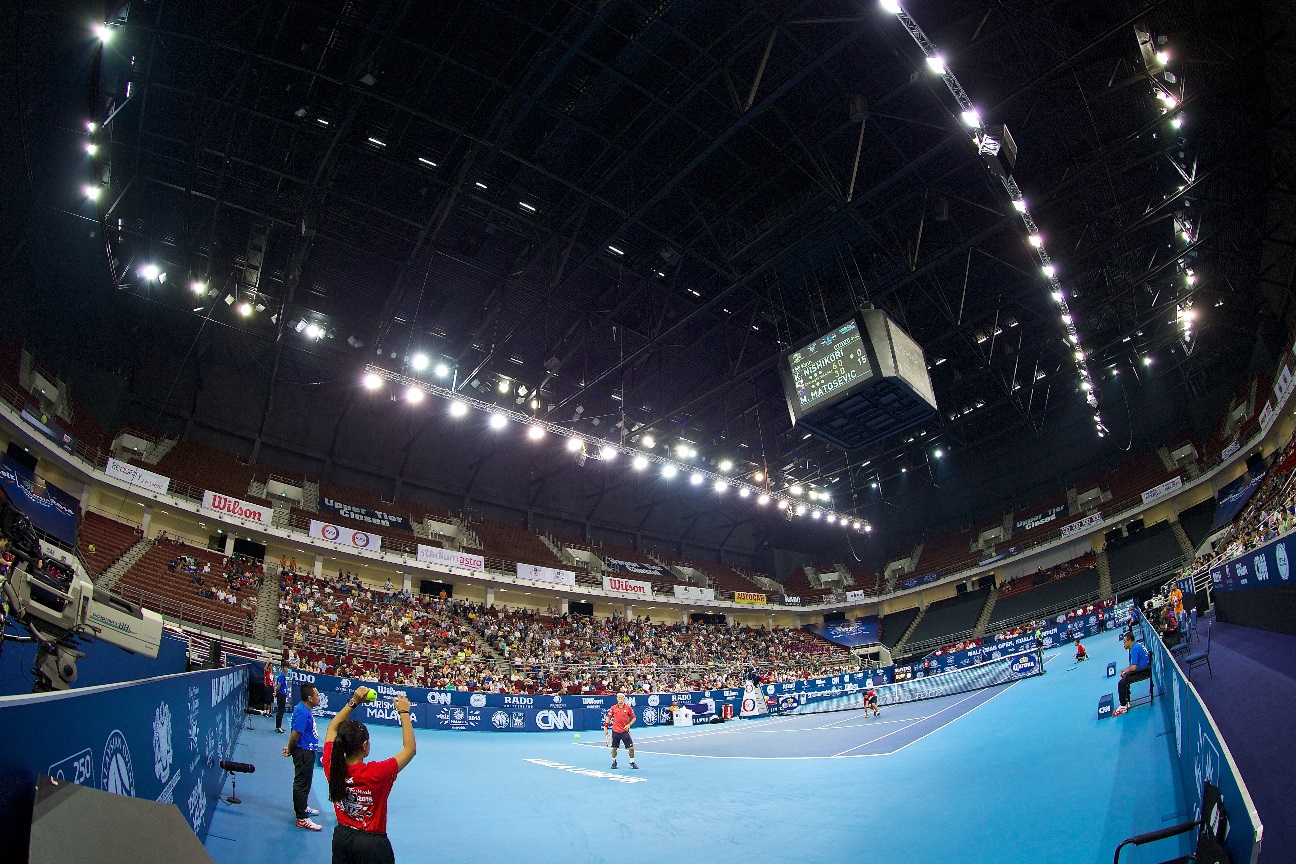 Number one seed and world No.8 Kei Nishikori was true to his top billing as he swept aside Aussie Marinko Matosevic 6-3, 6-0 in just 63 minutes to reach the semifinals of the Malaysian Open, Kuala Lumpur 2014 held here at the Putra Stadium at Bukit Jalil.

Into the last four here for the third time, the 24-year-old Nishikori showcased the kind of form that saw him power into the finals of the US Open last month, amassing a total of 15 break points and converting five against a frustrated Matosevic.

“No, (I didn’t expect to bagel him). I was expecting a tough match, but I’ve been playing well and he was struggling a little bit, especially in the second set, so I was trying to raise my level and finish early,” said the Japanese.

Nishikori will meet Jarkko Nieminen for the first time on tour in tomorrow’s semifinal, the Finn continuing his fine run in the Malaysian Open as he upset seventh seed Pablo Andujar 6-3, 6-4 in 74 minutes to make his second ATP tour semifinal of the season.

Against the odds, the world No.57 Nieminen held on to his record of not having dropped a set in the tournament when he was down 0-4 in the second set, taking six games on the trot for an extraordinary comeback and victory.

“It was frustrating because I was at love-four, but I played one point at a time and I started to play well again, but I didn’t expect to win six games in a row. Yesterday was one of my best wins of the season. That gives you confidence. I have the winning feeling again, which I haven’t had for a while. It would be nice to challenge Nishikori, he is having such a great season and playing him here in the semifinal would be nice,” said the former world No. 13.

Second seed and world No.13 Ernests Gulbis was in top form as he swept aside German Benjamin Becker 6-3, 7-5 in 78 minutes to make the semifinals in his debut appearance in Kuala Lumpur. The Latvian, with two titles this year and at a career high ranking, served up 12 aces and did not waste a single break opportunity, converting 2 out of 2.

Gulbis will look for retribution against Julien Benneteau in tomorrow’s semifinal, having already lost to the Frenchmen twice this year.

“I was much better today. I served better and you saw what happened in the second set when I broke him. I played three unbelievable points, so yes, I’m finding my game. The first time I played (Benneteau) this year, I was sick. The second time I played him, it was my worst match this year. Not finding excuses though, so hopefully I’ll do better,” said
the 26-year-old.

Earlier, fourth seed and two-time Malaysian Open runner-up Benneteau moved into the semifinals after a tense 6-3, 6-7(3), 6-4 victory over Pablo Cuevas of Uruguay.

The world No.28 Frenchman has not been in a final since Kuala Lumpur last year but did enough to overcome the in-form 28-year-old Cuevas (world No.37), who picked up his first two career titles within a three week span in July.

“I didn’t play good at the end of the second set. I was a little bit tense, tight, and I made some mistakes. (The 100% head-to-head record) does not mean anything. Ernests Gulbis is a very good player and he’s in the top 15. So I’ll just focus on my game and be ready and fit for tomorrow,” said the 32-year-old.

Benneteau plays Gulbis at 2.15pm tomorrow, followed by Nishikori against Nieminen not before 4.30pm.

Both players have reached career best doubles rankings this year as Inglot (world No. 18 in May) picked up his third title to date at Eastborne (w/Treat Huey) and Mergea (currently world No. 28) winning at both Hamburg (w/Draganja) and Vina del Mar (w/Marach) to also reach three career titles.

Matkowski, doubles champion in Kuala Lumpur in 2009 (w/Fyrstenberg), and Paes, former doubles No.1, have never paired up before.

They will face Andre Begemann and Julian Knowle in tomorrow’s first doubles semifinal, followed by the match between Murray/Peers and Inglot/Mergea.