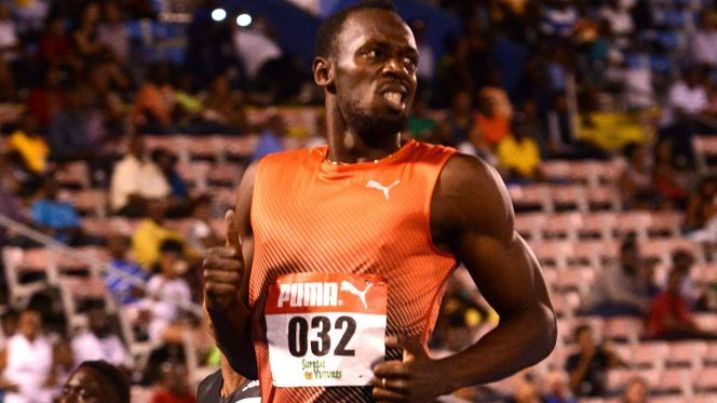 Reigning Olympic and world 100-metre champion Usain Bolt withdrew from the Jamaican National Olympic Trials after Friday’s 100m semi-finals with a torn hamstring that could keep him from defending gold at the Rio Olympics.

Bolt, the 100m world record-holder who turns 30 on the final day of the Rio Games, won his semi-final heat in 10.04 despite a slow start then left the National Stadium well before what was to have been a showcase 100m final.

“After feeling discomfort in my hamstring after the first round last night and then again in the semi-final tonight, I was examined by the Chief Doctor of the National Championships and diagnosed with a Grade 1 tear,” Bolt said in a statement posted on his Twitter site.

A grade one tear is classified as the most minor of hamstring injuries, usually involving only a muscle strain and just involving a few days to a week for recovery. Grade two is typically a partial tear with grade three a complete tear that might require months to heal.

Missing the meet does not end Bolt’s dream of trying to win his third consecutive Olympic gold medals in the 100, 200 and 4×100 next month in Brazil.

The Jamaican athletics governing body allows for medical exemptions if an athlete can show an injury denied a chance to compete at the trials. But Bolt must also prove his fitness and that makes his planned run in three weeks at a Diamond League meet in London crucial to proving his case.

“I have submitted a medical exemption to be excused from the 100m final and the remainder of the National Championships,” Bolt said. “I will seek treatment immediately and hope to show fitness at the London Anniversary Games on July 22 to earn selection for the Olympic Games in Rio.”