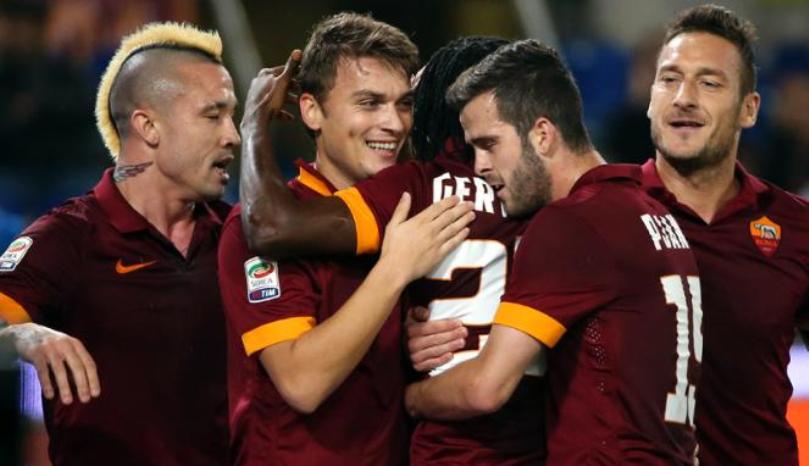 Roma coach Luciano Spalletti said securing a win, and not giving Francesco Totti a full game on his swansong, remains the priority in their final match of the season at home to Genoa.

A sold-out Stadio Olimpico is set to bid farewell to iconic club captain Totti, 40, when he brings his 25-season career with Roma to an end on Sunday.

But with second spot up for grabs in Serie A, and third-placed Napoli only a point further behind before they travel to Sampdoria, Spalletti said Totti’s needs come second.

As he has done for most of this season, Spalletti is set to start Totti on the bench and give the club legend a substitute’s appearance in the second half.

“The biggest threat for us tomorrow are the distractions caused by the game,” Spalletti told media on Saturday.

“What kind of party will it be if we don’t get the three points? We have to think about winning first and foremost.”

A second-place finish will guarantee Roma a place in the group stages of next season’s Champions League, but would represent their ninth runners-up spot since winning the Serie A title for the last time, in 2001.

But Spalletti, who has been linked to the vacant coach’s position at Inter Milan following the recent sacking of Stefano Pioli, said he won’t rain on Totti’s parade.

“He will play a good portion of the game, the most important part,” he added.

Before Sunday’s outing, Totti has racked up 784 appearances for Roma, 618 of which have been in Serie A.

Although Roma won only one of their three league titles in Totti’s time at the club, he has scored 307 goals for Roma, 250 of which came in Serie A. – Agence France-Presse