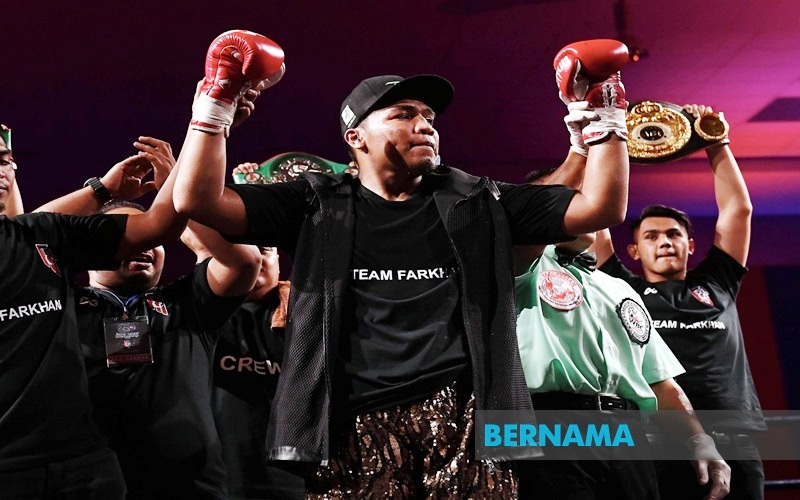 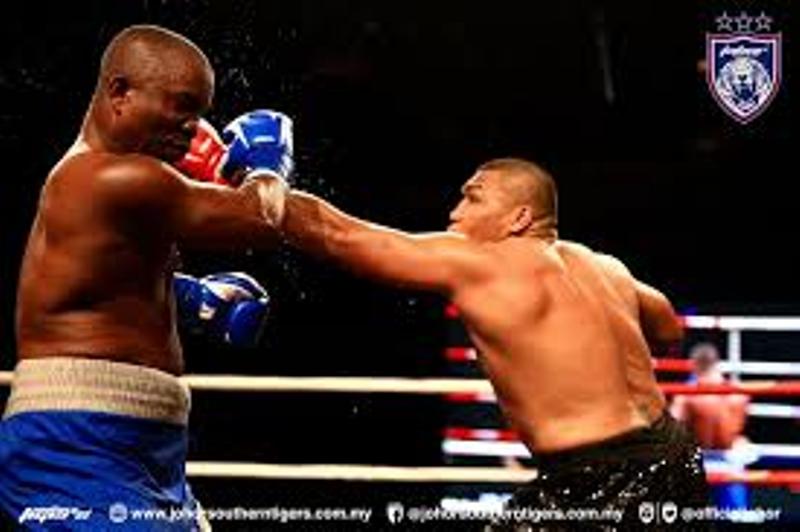 He was injured but he was not going to let his hometown fans down as professional boxer Farkhan Haron staged a remarkable performance for a Technical Knockout (TKO) win over Tanzania’s African champion Pascal Ndomba to win the International Boxing Federation Inter-Continental title in Johor Bahru on Sunday.
With the win, the 31-year-old from Johor Bahru, who is undefeated in 11 his career fights, also defended his World Boxing Association (WBA) Asian Cruiserweight class and the World Boxing Council (WBC) Light Heavyweight class titles he won in 2016 and 2017 respectively.
The Tanzanian, who had boasted that he is fit and trained hard for two solid months for the bout went down in the first minute in the seventh round of the 12-round bout at the Johor International Convention Centre (Persada) in Johor Bahru.
“I will win the fight on a knockout,” boasted Ndomba hours before the bout.
After the stunning defeat, Ndomba was signing a different tune and said: “I was tired. It was a long flight from home and we ran into some Immigration snags.”
Stunned with the defeat in his 36th fight, the Tanzanian immediately asked for a rematch to which Farkhan responded: “Anytime, anywhere. You name it.”
The night certainly belonged to Farkhan – a former Sea Games champion – who dedicated his win to his late father, the King and the people of Malaysia.
If he (Ndomba) wants a rematch I am ready…anytime, anywhere. I will be there. Just name it.
“For now I am undefeated…the untouchable. I am celebrating my big win and look forward to bigger things to come in my boxing career.
“This win is for my late father, the people of Malaysia, the King and all others who have made it possible,” said a jubilant Farkhan, adding that not many know that he injured his right hand before the bout.
“That was why I was slow in the first two rounds against Pascal who started aggressively. Once I found my rhythm it gave me confidence in the following rounds.
Cheered on by the home crowd, a flurry of punches in the seventh round sent a stunned Ndomba down on his knees and left him dazed. The Tanzanian never recovered from that and it was all over.
For the record, Ndomba went into the fight with an impressive 22 KO wins out of 24 wins in 35 fights. He will certainly remember the stunning defeat in Johor Bahru.
For Farkhan, the Johorean is ready to take his boxing to the next level with an eye on a world title. – BY RIZAL ABDULLAH