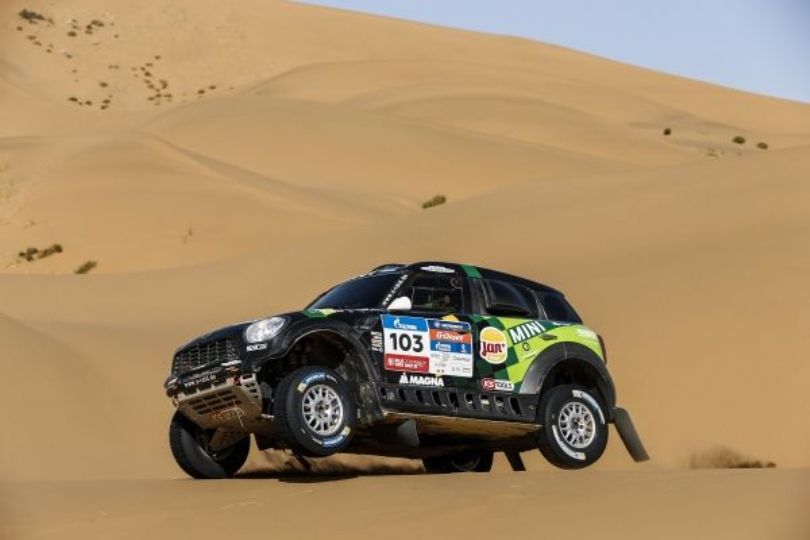 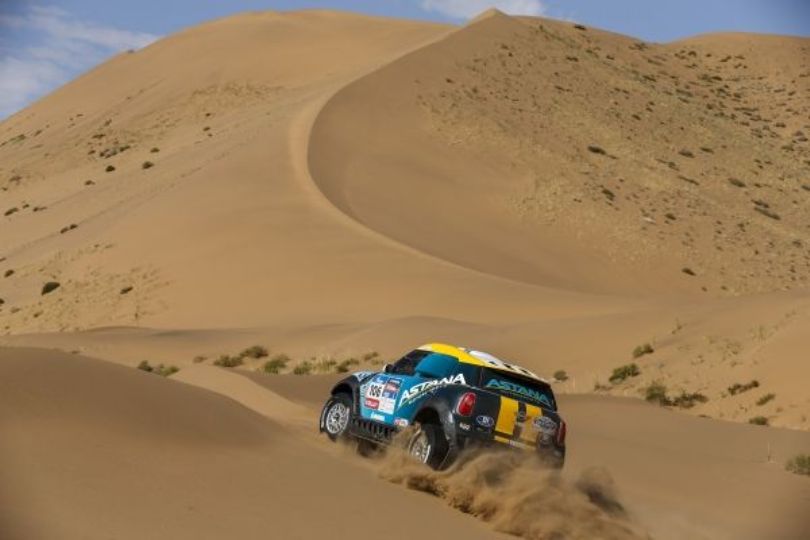 Silk Way Rally 2016 – Vasilyev clinches second place in Stage 13 to retain third position in the overall standings. Four of the five MINI ALL4 Racing crews are now within the top five positions ahead of tomorrow’s penultimate Stage

With just two Stages left to play out in this year’s gruelling Silk Way Rally, the MINI ALL4 Racing team are inching closer to victory. Following Stage 13 of the event, all five MINI ALL4 Racing pairings are now inside the top seven of the overall classification.

Today’s 724km Alashan-Wuhai route continued east across the sandy deserts of inner Mongolia. A steady pace at the start of the Stage was quickly replaced by fast and tight tracks though the dunes.

The Russian duo of Vladimir Vasilyev and Konstantin Zhiltsov (X-raid Team) continued to demonstrate their consistent pace by being the top MINI ALL4 Racing team home today. Undeterred by the relentlessly hot and dusty conditions, the duo capitalised on an opportunity to break away from the competition, bringing the #101 vehicle across the line in second place.

“Today was a good Stage and we covered a lot of kilometres,” said Zhiltsov. “When the road began to open up, we saw our chance to go ahead. We didn’t make any mistakes and the car was good. There is no damage to the car and we didn’t get any punctures.”

Meanwhile, the MINI ALL4 Racing (#103) crew of Yazeed Al Rajhi (KSA) and Timo Gottschalk (GER) completed Stage 13 in fourth place to retain their second place position in the overall standings.

“We didn’t push too hard today, we took it easy to ensure no mistakes,” said Al Rajhi. “The Stage was very good – in the end the terrain was rough but in the beginning stages it was very good. The conditions were better today than yesterday. We’re nearly at the end of the race now and we want to keep our position and see if anything can happen in the last moment.”

However, it wasn’t the day for the MINI ALL4 Racing (#105) crew of Harry Hunt (GB) and Andreas Schulz (GER) as they suffered two punctures at the beginning of the Stage. But despite a frustrating start, the pairing still managed to complete the race in good time, finishing seventh, but as a result now slip back to fourth position overall.

The penultimate Stage of the 2016 Silk Way Rally will see the MINI ALL4 Racing crews push ahead on the Wuhai-Hohhot route on 23 July. This 754km Stage is mainly sandy terrain with fast tracks. However, the dunes towards the end of the route could create a last-minute challenge for even the most experienced drivers.