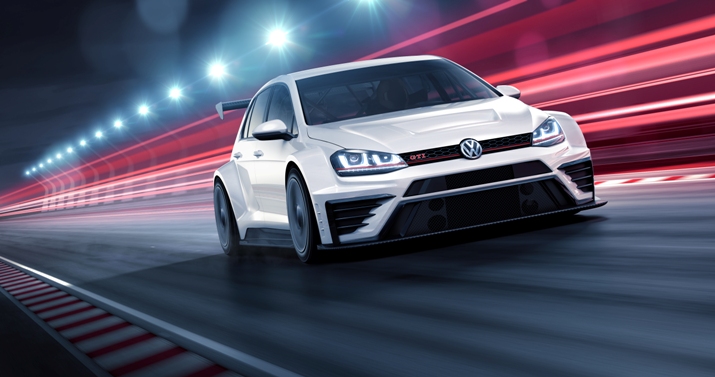 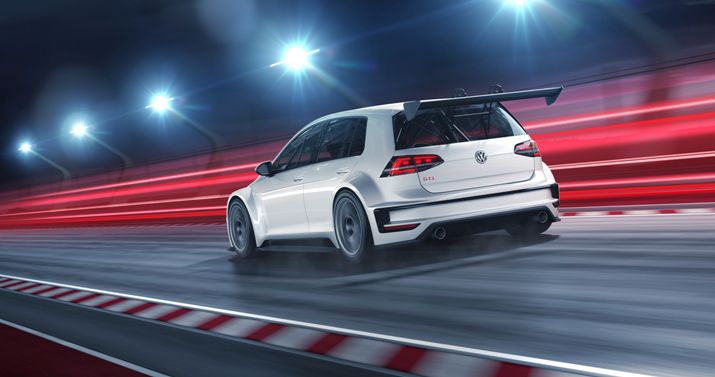 40 years of GTI: TCR version for the racetrack, Golf GTI Clubsport for the road

Production-based touring car to be delivered to teams mid-March

The new Volkswagen Golf GTI TCR has the seal of quality in its name: 40 years after the launch of the first Golf GTI, the customer sports version also possesses the acronym that, since 1976, has been synonymous with the Wolfsburg-based car maker’s sporting character, powerful engines and maximum performance.

Since it was first unveiled in July 2015, the Golf has been hugely popular on the racetracks of this world: all the customer sports models for the 2016 season had already been snapped up by mid-January. The teams can field the 20 cars, which were developed by Volkswagen Motorsport, in up to 16 national and international TCR touring car championships.

The cars for the international TCR championship are to be handed over to the customer sports teams from 11th March in Abrera/Barcelona (E). An initial roll-out with the opposition is planned for the test drives at the Circuit Ricardo Tormo in Valencia (E) from 14th March.

The acronym GTI stands for Gran Turismo Injection and is more than just a seal of quality – it is a trademark and an identity. Even to look at, the Golf makes no secret of its motor racing genes: 18-inch racing rims, a chassis that is roughly 40 centimetres wider than the production Golf, and a striking rear wing also guarantee optimal handling. An aerodynamic front splitter and carbon rear wing are among the modifications for the racetrack. Among the features that ensure maximum safety for the driver are a racing seat with head protectors, racing safety cage, and an FIA-approved safety tank.

A powerful straight four-cylinder engine, a sequential gearbox with shift paddles located on the steering wheel, a consistently developed racing chassis – the new Golf has been meticulously prepared for its outings on the racetracks of this world. Volkswagen Motorsport developed the car in cooperation with the sport department at SEAT. This made it possible to call on the extensive experience gained with the SEAT Leon Cup Racer. As with the Volkswagen Group’s production cars, the MQB platform also offers many synergies when it comes to racing cars, thus reducing the costs involved in assembling and running the touring car. The 2-litre turbo engine with direct fuel injection is the same one used in the top sporting model, the Golf R. The racing version generates 243 kW (330 hp) and produces 410 Nm of torque.

The racing car based on the seventh generation of Golf has already enjoyed success in competition: in 2015, cooperation partner Liqui Moly Team Engstler fielded two cars in the TCR International Series. The production-based concept car showed great potential: at its first race weekend, the Golf promptly won the second race at the Red Bull Ring in Austria.

Volkswagen Golf GTI Clubsport: the most powerful production GTI ever celebrates its anniversary

The racetrack is not the only place the Golf GTI is celebrating its 40th birthday. To mark the anniversary, Volkswagen is launching the most powerful production GTI ever: the Golf GTI Clubsport. Volkswagen presented sketches of the new car at the GTI meeting at the Wörthersee in May 2015, before unveiling a production model at the German International Motor Show (IAA) in September. The 2-litre TFSI engine generates 265 hp – that is 35 hp more than the previous most powerful Golf GTI. Another feature of the turbocharged direct-injection engine is a boost function, which allows the driver to briefly increase the engine power by ten per cent to 290 hp.

Jost Capito, Volkswagen Motorsport Director
“The Golf GTI TCR allows customer sports teams to partake in reasonably-priced motorsport with a Volkswagen. Furthermore, the teams can expand their motorsport commitments in numerous TCR championships, both at national and international level. We are providing them with a car that is ideally suited and prepared for this purpose: the Golf has not only made an outstanding impression at tests, but also shown its great potential in competition. We are delighted by the high demand for the car among customer sports teams, which confirms that we are doing a good job.”

Eduard Weidl, Head of Customer Sports
“The use of the Volkswagen Golf GTI TCR in customer sports is a great opportunity, the likes of which we have not seen before on the motorsport scene at Volkswagen. When developing the technology, our main focus was on keeping the running costs at races as low as possible. Together with the customer sports teams, we now face the challenges in the various TCR championships. We will provide on-site contact partners on race weekends, to ensure that the Golf GTI TCR is perfectly prepared when it takes to the grid. Furthermore, a cooperation is planned with SEAT in the TCR International Series. This will deal with service, logistics and on-site supervision, in order to make the outings as efficient as possible for the teams.”