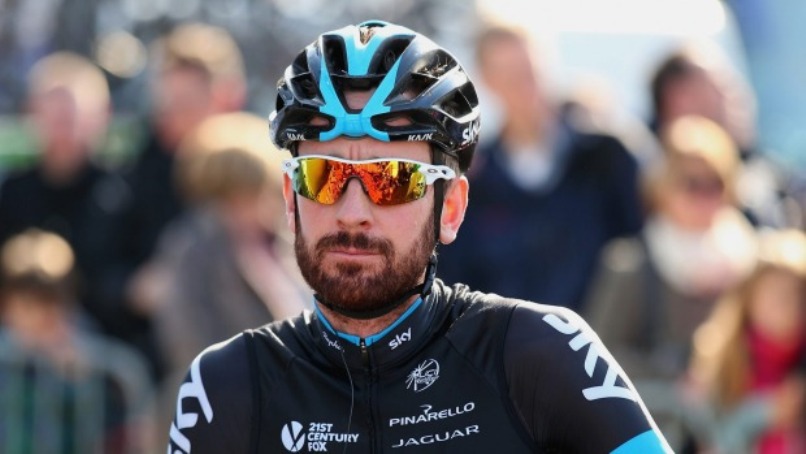 Bradley Wiggins is facing fresh questions about his medical history after Britain’s Daily Mail reported he was at the centre of an inquiry by United Kingdom Anti-Doping.

The Mail said UKAD wanted to question him and his Team Sky bosses over a medical package delivered to the British outfit ahead of the 2011 Tour de France.

A UKAD statement issued late Thursday said: “UK Anti-Doping is investigating an allegation of wrongdoing within cycling. In order to protect the integrity of the investigation, we will not comment further.”

British cycling great Wiggins has been in the spotlight since leaked medical data showed the five-time Olympic champion had been granted a therapeutic use exemption (TUE) by cycling authorities for the powerful corticosteroid triamcinolone, which he was permitted to take just days before the 2012 Tour de France, which he won, as well as the 2011 Tour and the 2013 Giro d’Italia.

Wiggins said he needed the drug to help control his asthma.

Triamcinolone has also been used as a doping agent by riders, including notorious drugs cheat Lance Armstrong, and is believed to help athletes lose weight, combat fatigue and aid recovery.

The Mail said that while British Cycling has not identified the substance in the package, it has indicated it did not contain triamcinolone.

Team Sky responded to the Mail’s story by promising to investigate the claims, while insisting there was no reason to suspect foul play.

“Team Sky was contacted by the Daily Mail regarding an allegation of wrongdoing,” the statement read.

“We take any issues such as this very seriously and immediately conducted an internal review to establish the facts. We are confident there has been no wrongdoing.

“We informed British Cycling of the allegation and asked them to contact UKAD, who we will continue to liaise with.

“Team Sky is committed to clean competition. Our position on anti-doping is well known and we 100 per cent stand by that.”

Wiggins, 36, said last week he understood why, on the basis of the leaked data, concerns had been raised regarding his medical history.

“Without all the context of someone’s history then I could see that on paper maybe, especially the way some of it has been reported,” he told the Guardian, having previously given an interview to BBC television.

“It was for a very specific thing … to treat something that was historically a problem for me and could be quite a serious problem for me.”

A cyber-espionage group called “Fancy Bears”, which is believed to be Russian, has been leaking medical data about famous athletes after targeting records held by the World Anti-Doping Agency.

Wiggins’s TUEs were approved by the UCI, cycling’s world governing body, and there is no suggestion either he or Team Sky, for whom he was riding at the time, have contravened anti-doping rules.

However, both Sky and Wiggins have come under scrutiny given the British team’s much-trumpeted “zero tolerance” policy towards doping and the rider’s criticisms of drug cheats in his autobiographies.

Wiggins’s former Sky team-mate Chris Froome, a three-time Tour de France winner who finished runner-up to his fellow British rider in the 2012 edition, was criticised after it was revealed he received a TUE for a steroid to treat a chest infection prior to winning the 2014 Tour de Romandie.

“I saw the hysteria that caused and I understand in the post-Armstrong (era),” Wiggins said.

“But what I don’t understand is that you’ve automatically just assumed that this was a performance enhancer.”

Wiggins, who in 2012 became the first man to win the Tour and Olympic gold in the same year, said he had not previously made his TUE record public because he did not want to be seen to be making excuses.

He added that inconsistencies in dates on his medical forms were due to clerical errors. – Agence France-Presse