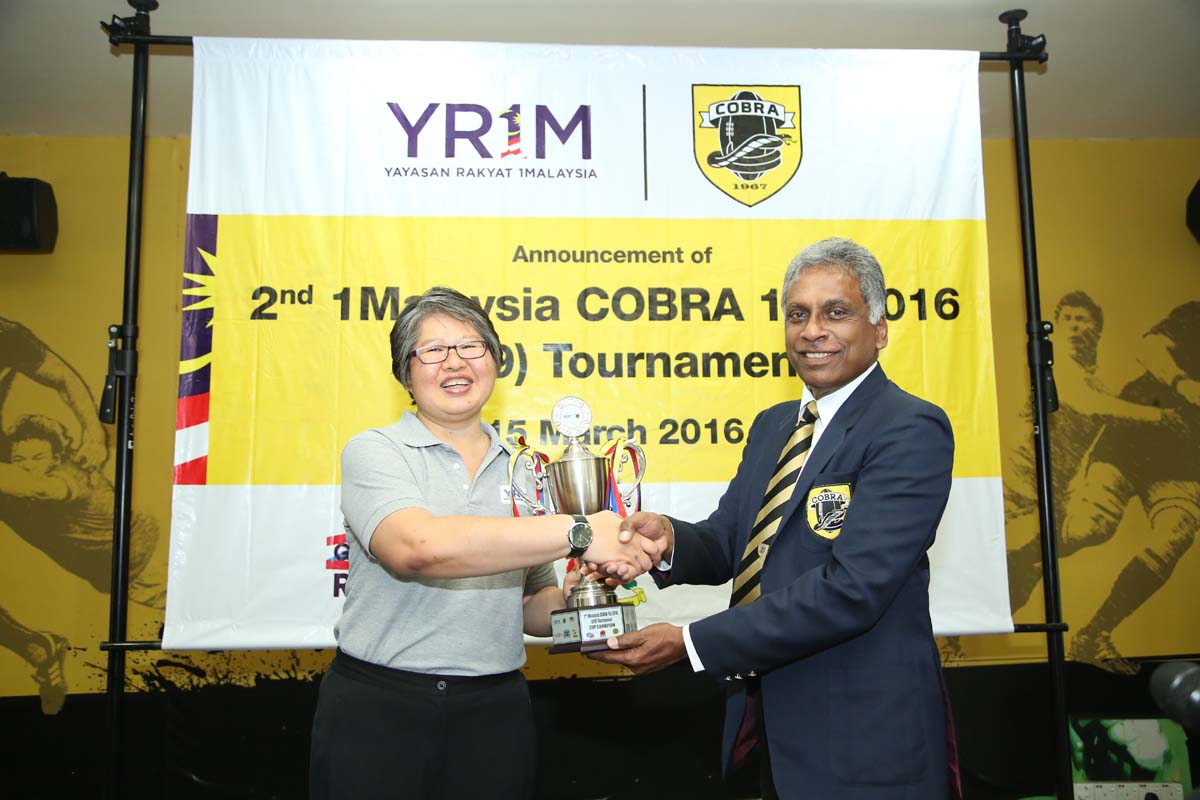 “We are proud to confirm that this year’s event will be held on Saturdays from 19th March to 7th May 2016 at the Politeknik Sultan Salahuddin Abdul Aziz Shah, Shah Alam,” said COBRA President Lt. Col (Retd) Tommy Pereira.

He said a total of 10 teams have confirmed participation. The teams include the Terengganu U-19 state team, one team from Sekolah Sukan Tunku Mahkota Ismail, as well as several of the local clubs in the Klang Valley. He added this tournament, now in its 2nd edition, is an excellent platform for the U-19 players to showcase their skills at a competitive level.

“Similar to last year, this tournament will also be used to scout for players who will represent Team Malaysia 15s U18 & U19 which will compete in the Causeway U-18 Challenge in August 2016 as well as the Asia Rugby U-19 Championship (Top Division) in December 2016,” Lt. Col Tommy continued.

“We would like to thank the 1Malaysia COBRA Rugby Youth Programme for continuing with this tournament, which helps to bridge the gap between the U-16 schools rugby and the rugby played at the senior level. This tournament will help to ensure that Team Malaysia 15s U18 & U19 will be represented with strong teams for the Causeway Challenge and also have a well prepared team to compete at the Asia Rugby U19 Championship,” Malaysian Rugby Union President Dato’ Wira Amiruddin Embi said.

Yayasan Rakyat 1Malaysia Chief Executive Officer Ung Su Ling said rugby is a team sport where there are no individual stars. It encourages camaraderie, discipline, perseverance and faith in your fellow team-mates.

“We are also looking to rugby as a way to reach out to Malaysian youth and further impress upon them the importance of unity and working together towards a common goal”.

“We are pleased to see that Team Malaysia 15s U19 will now be competing at the Top Division of Asia Rugby U19 Championship, and we hope that this tournament will set the platform to pick the top U-19 players in the country,” Ung concluded. The Causeway U-18 Challenge is an annual challenge between Malaysia and Singapore and the Asia Rugby U19 Championship is held every year to determine the rankings of teams in Asia.