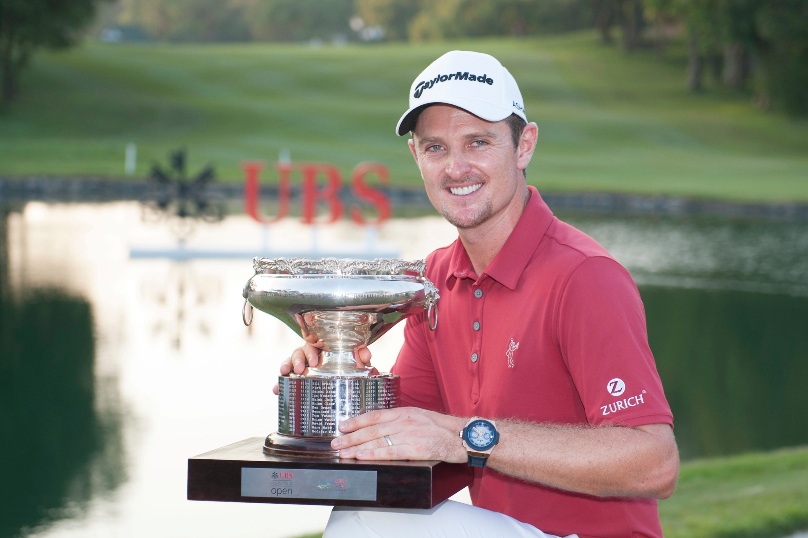 At the official launch of the UBS Hong Kong Open earlier today, the organisers announced that Rose and Willett would headline at Fanling, and outlined a series of community-targeted initiatives that will feature in the 2016 tournament.

In keeping with the organisers’ commitment to enhance accessibility to the tournament, entry to the first two rounds on Thursday 8 and Friday 9 December will be free of charge.

The initiative follows on the success of last year’s free Thursday entry when over 10,000 fans came to see some of the world’s premier golfers in action, triggering record attendance of 42,099 spectators.

Rose and Willett created their own golfing history this year, with Willett charging to glory at the Masters at Augusta National before his Team GB partner Rose won a titanic battle in Rio to become the first man to win an Olympic gold for golf in 112 years.

The Englishman won the UBS Hong Kong Open last year after a thrilling tussle with Denmark’s Lucas Bjerregaard and is looking forward to reacquainting himself with the Hong Kong Golf Club.

Rose said: “Winning at Fanling last year was great so I am really looking forward to defending my title. It’s a special venue and Hong Kong is an incredible city and one we all love to return to. The memories from winning last year are all good. Lucas and I kind of moved away from everyone else and had a good battle in the final round, which thankfully I came out on top of.

“Winning the Olympics was very special. I have to say it was one of the greatest weeks of my career. I think all of the golfers who were a part of the Olympics felt how special it was to be a part of the biggest sporting event in the world and it was great to see such great crowds in Rio.

“One thing we want the Olympics to do is help grow the game of golf, and I think any initiative that encourages more people to come along to a tournament and engage with our sport and us as players is a great thing. So I hope a lot of people take advantage of the free ticket offer this year and we will have a lot of people at the UBS Hong Kong Open to see guys like Danny and myself put on a show.”

Willett became the first European to win the Masters since José Maria Olazábal in 1999 with an unforgettable final-round performance which included back-nine birdies on Augusta’s 13th, 14th and 16th holes as he overtook Jordan Spieth to burst into the Major championship winner’s circle. In 2011, when he last played in the UBS Hong Kong Open, the Englishman finished 21st.

He said: “I have some good memories of the course and the tournament in Hong Kong so I am looking forward to getting back there and trying to get my hands on the trophy. Winning the Masters was obviously a huge moment for me and my career, but I am looking forward for the rest of the year to try and add more trophies to the Green Jacket and the UBS Hong Kong Open is a great opportunity for me.

“It’s great to see Justin going back to defend. Rosey and I were team mates in Rio and will be team mates in The Ryder Cup so we are spending a fair bit of time together these days! After he won in Hong Kong last year I am pretty sure he will be one of the main men to beat in December.”

With the funding support from the Mega Events Fund, the “UBS Hong Kong Open” has successfully secured the participation of a number of the world’s top notch golfers to participate in this mega event. Their presence will significantly boost the profile of the tournament as a major sporting event. The star names will not only support the promotion of this event, but will also help promote Hong Kong as a premier tourist destination.

“The funding of the Mega Events Fund will also be deployed to facilitate the organiser to carry out an extensive publicity programme to promote this tournament around the world. The ‘UBS Hong Kong Open’ will enrich the travel experience of visitors and reinforce Hong Kong’s position as an events capital of Asia. I believe that it will certainly be one of the highlights of our events calendar again this year,” said Jeffrey Lam, Chairman of the Mega Events Fund Assessment Committee.

Ms Amy Lo, Head of UBS Wealth Management Greater China and Country Head of UBS Hong Kong said: “With Justin Rose defending his title after adding a golden moment in Rio and Masters champion Danny Willett among the first of many confirmed star players, we are off to a great start and are confident that the UBS Hong Kong Open will be better than ever in 2016.

“Off-course, we remain committed to ensuring that the UBS Hong Kong Open is open to all in Hong Kong. Last year’s tournament was memorable for the record attendance and a renewed community outreach and the UBS Hong Kong Open Charity Cup, which will feature again in 2016. Last year it was the single most lucrative philanthropic event on both the European and Asian Tours, raising in excess of HKD2.3 million.”

Not only are they great players, but both are wonderful ambassadors for the game of golf, and great role models to inspire young people.”

Mark Chan, President of the Hong Kong Golf Association, said: “We very much look forward to welcoming big crowds to the UBS Hong Kong Open this year and hope the ‘Free Thursday and Friday’ ticket initiative can inspire a new generation of golfers in Hong Kong. The chance to watch players like Justin and Danny in action free of charge is a unique opportunity and we hope the public take advantage of this great initiative.”