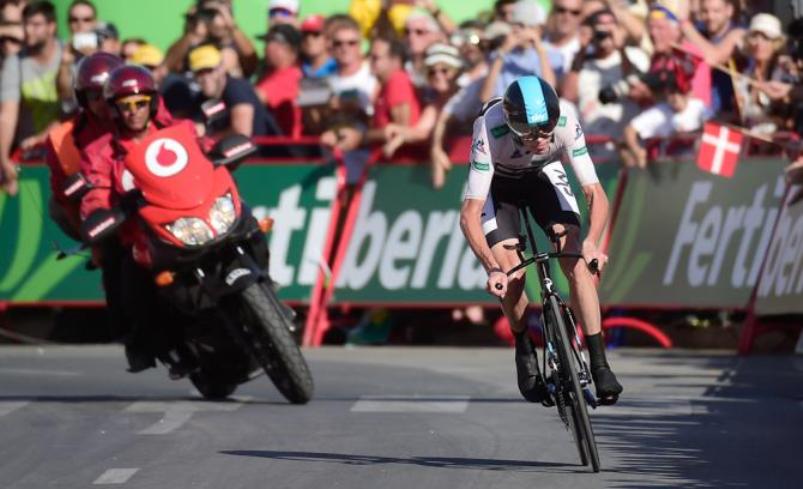 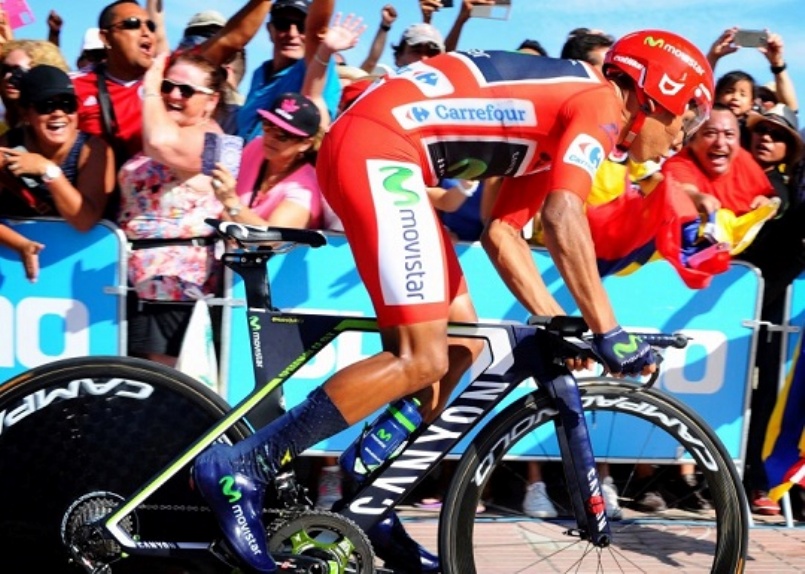 Froome finished the 37km route from Javea to Calpe in 46min 33sec to claim his second stage win of the race, 2min 16sec ahead of Colombia’s Quintana, who finished 11th.

Two stages of the three-week tour remain, but with Sunday’s finale a mere procession around the streets of central Madrid, Saturday’s 193.2km ride from Benidorm to Alto de Aitana will determine whether Froome can become the first man in 38 years to do the Tour de France-Vuelta double.

“Of course I’m really happy with the result today, especially at this point of the season. This is the last race of my season, so I am really happy to still be in good condition,” Froome told Spanish TV station Teledeporte.

“There is still one really tough day of racing tomorrow. Quintana still has more than one minute of advantage, but we will keep fighting all the way.

“Quintana, with Movistar, he has a really good team around him, so it is going to be difficult to beat him.”

Three-time Vuelta winner Alberto Contador moved up to third overall by finishing eighth on the day to leapfrog Esteban Chaves.

Quintana’s early race prediction that he needed at least a three-minute lead over Froome to see off the Briton’s superior time-trialing ability proved correct as the Sky rider was in a class of his own in the race against the clock.

“Froome was flying, he posted a much better time than we expected,” said Quintana.

“My stats weren’t bad and the important thing is I continue to have strong legs to be able to defend the lead in a very important day tomorrow.”

Froome was already 46 seconds up on Quintana at the first check point after 12.5km and passed Chaves, who had started two minutes ahead of him, before the end of the second sector.

His lead on Quintana continued to rise from 1min 13sec at the second check to over two minutes by the end, but it is still unlikely to be enough after Quintana built up a huge 3min 37sec advantage with a surprise early attack on stage 15 which caught Sky cold and left Froome isolated.

“Initially we thought we needed more than three minutes to be able to defend the leader’s jersey and we have done it. We have an advantage in our favour and now we need to defend it to Madrid,” added Quintana.

“It is going to be a very important stage, the demands of today will cause some to suffer and we hope it doesn’t affect me.

“There will be battles in the general classification which will interest a lot of people to push the pace. I have to just cover Chris and I have the team to do it.”

Chaves lost over a minute on Contador to slide to fourth, whilst American Andrew Talansky moved ahead of Britain’s Simon Yates into fifth.

Results from the 19th stage of 2016 Vuelta a Espana, a 37km time trial from Javea to Calpe on Friday: